Jonathan Henry was shocked when he learned of his cancer diagnosis. He turned to a support group for comfort and guidance and would later also discover a purpose. 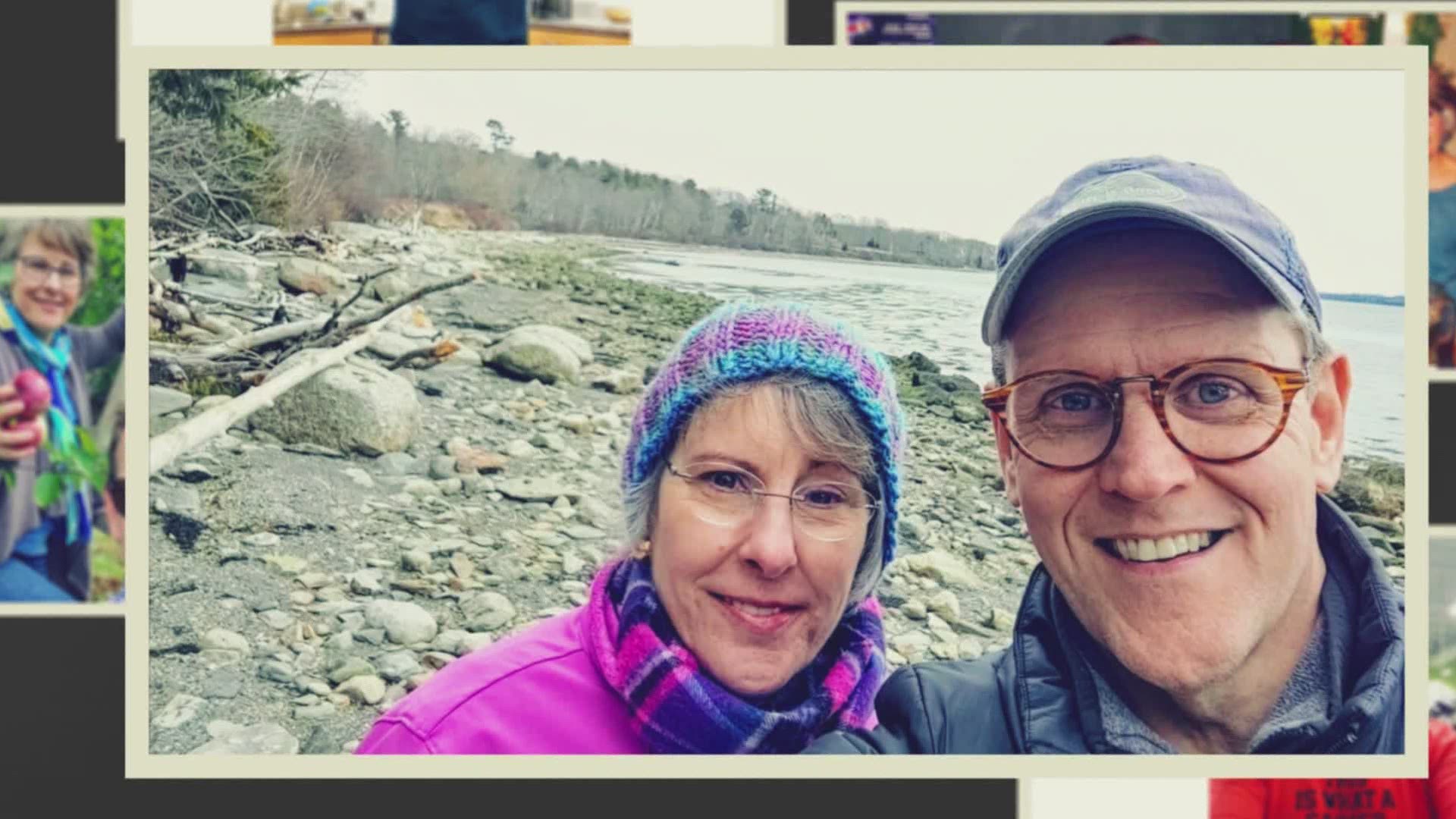 BANGOR, Maine — The Dempsey Challenge has been reimagined this year, going virtual.

For the last 12 years, the challenge has included the Amanda Dempsey Award, an award to honor the life and memory of Patrick Dempsey's mother.

This year's winner is Jonathan Henry, a cancer survivor who spends his free time helping other men navigate the cancer treatment journey.

"It was just the shock you never want to hear," said Henry about the time when he learned of his prostate cancer diagnosis in 2007. "You start to think is this the beginning of the end? This isn't the way I wanted to have my 40s unfold with young children and I was worried about them. You just think it's not going to happen to you until it does."

Henry saw his life flash before him when he learned he had cancer.

"I remember thinking I'm only 44 I thought prostate cancer was in my case was an older person's disease. So I was really startled by that," he said.

He and his family had so many questions about his health and their future. He didn't know a lot about prostate cancer at the time.

But he did know this: "To be empowered you need information."

For Henry, information came from medical experts and those whose lives have also been touched by cancer. The support group he joined would eventually become his purpose.

"If I was told that then I'd be like, 'ok well you have some optimism, you know?'"

Henry found that optimism and used it in his fight against prostate cancer.

Despite also suffering a brain aneurysm and then a recurrence of cancer in 2017, his fight continues. His focus remains on his immediate family, as well as the family he met at that support group.

Henry advocates for patients and survivors of prostate cancer, and donates his time helping to lead the Men's Cancer Network at the Bangor Region YMCA.

And that fight for himself and others has caught the attention of Patrick Dempsey – and his family.

"Just your fire in your fight," Patrick Dempsey said to Henry in an awards presentation via Zoom. "I think that's the most remarkable thing."

Which is why he is receiving an honor named after the matriarch of the Dempsey family.

"It's a way of paying tribute to our mom and also it's a way of keeping her memory alive," Alicia Hatten, Patrick Dempsey's sister, said.

Henry is this year's winner of the Amanda Dempsey Award.

"I'm beyond thrilled but there are many many people doing this work," he said. Work to help people in the Bangor area and beyond navigate cancer treatment and to help them celebrate when they've conquered it.

Henry wanted to celebrate the completion of his latest round of treatment by ringing a bell, but the Rosen Radiation Center at the Lafayette Family Cancer Center didn't have one. He brought a cowbell from home and, not long after, he donated a bell to the center.

RELATED: Patrick Dempsey gears up for the Dempsey Challenge