About 2,000 people took part in Dempsey Challenge 2021, with more than 500 of them doing so in the global virtual challenge across 10 different countries. 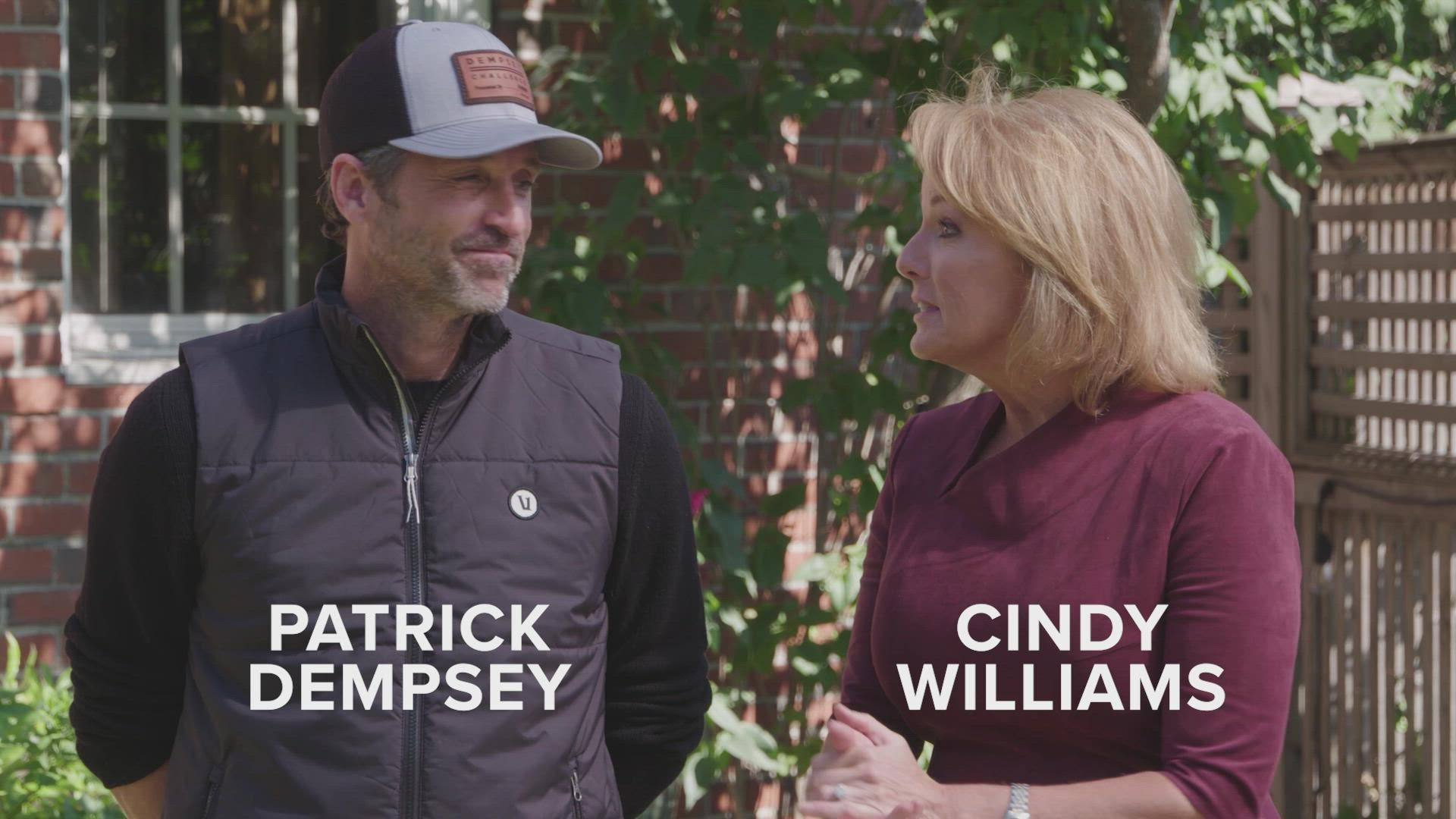 LEWISTON, Maine — UPDATE: Thank you to all those that participated in the 13th annual Dempsey Challenge. Fundraising efforts brought in more than $1.4 million dollars. This is the Dempsey Center's biggest fundraiser of the year and the proceeds will go to help so many of those effected by cancer.

You can still donate at DempseyChallenge.org.

On the morning of Sunday, September 26, bikers dressed in brightly-colored attire decorated the rainy streets of Lewiston. These men, women, and children were bearing the dreary weather for a positive cause-- the second day of the 13th annual Dempsey Challenge.

Every year, the Challenge raises money for the Dempsey Center, which supports cancer patients and their caregivers at locations in Lewiston, South Portland, and virtually, through a new platform called "Dempsey Connects."

Founder Patrick Dempsey says this year, fewer people took part in the Challenge, but overall, they still raised more money than ever through individuals, teams, and corporate groups.

"It's always amazing to see how many people have been impacted by cancer, and those are the people who are riding, walking, and running," Dempsey explained. "It's either in memory of someone, or someone they know personally who is going through it, or [is a] survivor."

The second day of the 13th annual Dempsey Challenge is underway! HUGE shoutout to the bikers who are riding, despite a very rainy start to the morning. About 2,000 people are taking part in the Challenge this weekend in-person and virtually. @newscentermaine pic.twitter.com/RsPXWoZTNb

For many people, the Challenge and mission of the Dempsey Center hit close to home.

"I started twelve years ago because a good friend's mother was diagnosed with stage four cancer. I saw an advertisement [for the Challenge] the next day," said Ryan Ellis of Wells. He biked the 50-mile ride for three years, the 75-mile one for a year, and has been doing the 100-mile excursion since then.

"Just having a support system is great, and something like this is such a well-known name," said Ellis.

David Maher of Greene has also been taking part in the Challenge for years and did so virtually in 2020 by biking the carriage roads and Cadillac Mountain in Acadia National Park.

For Cameron Hartley of Auburn, attending the Challenge was a new experience this year.

"My father passed from cancer in March, and his good friend, Joe, rode in his honor, and I wanted to come out and see him finish," Hartley said.

Laurie Reynolds-Bosquet of Lewiston was one of many people standing on the sidelines, cheering bikers on, as they embarked on their journeys. She says the feeling of support is an important one.

"Starting off a long ride, whether it's 10 miles or 100 miles, or somewhere in between... being sent off with bells just gives you that pump and that energy, knowing that somebody's out there cheering you on."

She says the Challenge allows people to be a part of something "bigger" than themselves.

"To be a part of an event that gives so much back to your neighbors, your family, your friends... it's really heartwarming, and at the end of the day, you just feel good."

RELATED: How the Dempsey Center is making an impact nationwide

As of Sunday evening, the 13th annual Dempsey Challenge had raised more than $1.2 million and counting.