Retirement should be about enjoying what life has to offer. For a couple in Mechanic Falls, plans for their golden years were put on hold because of cancer. 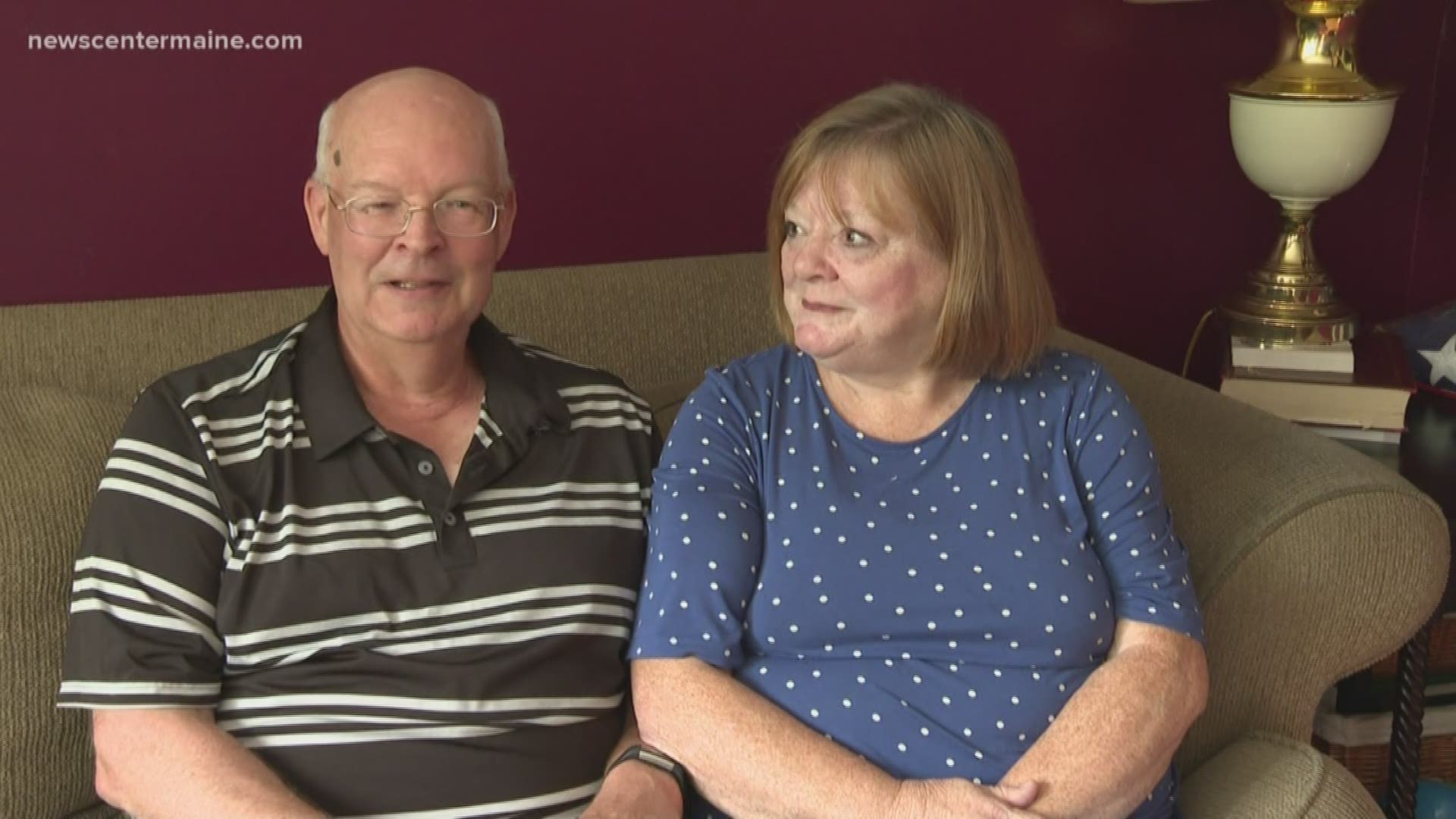 MECHANIC FALLS, Maine — Two years ago, Ken Preston was happily married to the love of his life and close to retirement. He was looking forward to traveling with his wife, Jackie, until he noticed something was off. Growths were forming in his neck. He hid them from Jackie for a while, thinking it was nothing, but when they didn't go away, he came clean.

"I showed her these two lumps on my neck, and we've been married for 48 years and that's the maddest she's ever been at me," Ken said.

The next day, Jackie brought Ken to see a doctor. Malignant melanoma was the diagnosis, and doctors told Ken that five years ago, his case would have been a death sentence. Ken went into surgery not knowing if he would come out the same person.

Fast forward to present day, and all that remains to show what Ken has been through is a scar. He is healed physically, and now he is working on healing emotionally, thanks in part to the Dempsey Center in Lewiston.

The Preston's daughter, Jill Cramp, who is a physical therapist, convinced her parents to give the center a try.

"Professionally, I had been there and spoken there and knew all the wonderful things they had to offer," says Jill. "I said, 'Dad, let's just go over for a tour and see."

"I think I was a little reluctant at first because I didn't want to go be in a place with a whole bunch of cancer patients," says Ken. "But from the moment you walk in, the people behind the desk, they are very friendly. It's a good place to go."

The Dempsey Center offers free services to cancer patients and their families. Ken found relief from arm pain after using the center's acupuncture treatments. Jackie went to decompress with a massage.

"The therapists were wonderful.They ask what's bothering you. I carry all my tension in my neck so it hurt for months. That they understand that the caregiver is in it with you was quite something," says Jackie.

The Dempsey Center gave the Preston's a sense of relief and a positive outlook while they faced cancer together, just like they've faced every other issue together for the last 48 years.

"Being relaxed and not quite so tense, the healing goes on better, the frame of mind is better," says Jackie. "We're people of great faith and we lean on that, but a little bit of help is good, too."