Trevor Maxwell has been battling stage 4 colon cancer for more than two years, and is now bringing his 'Man Up to Cancer' platform to the Dempsey Center 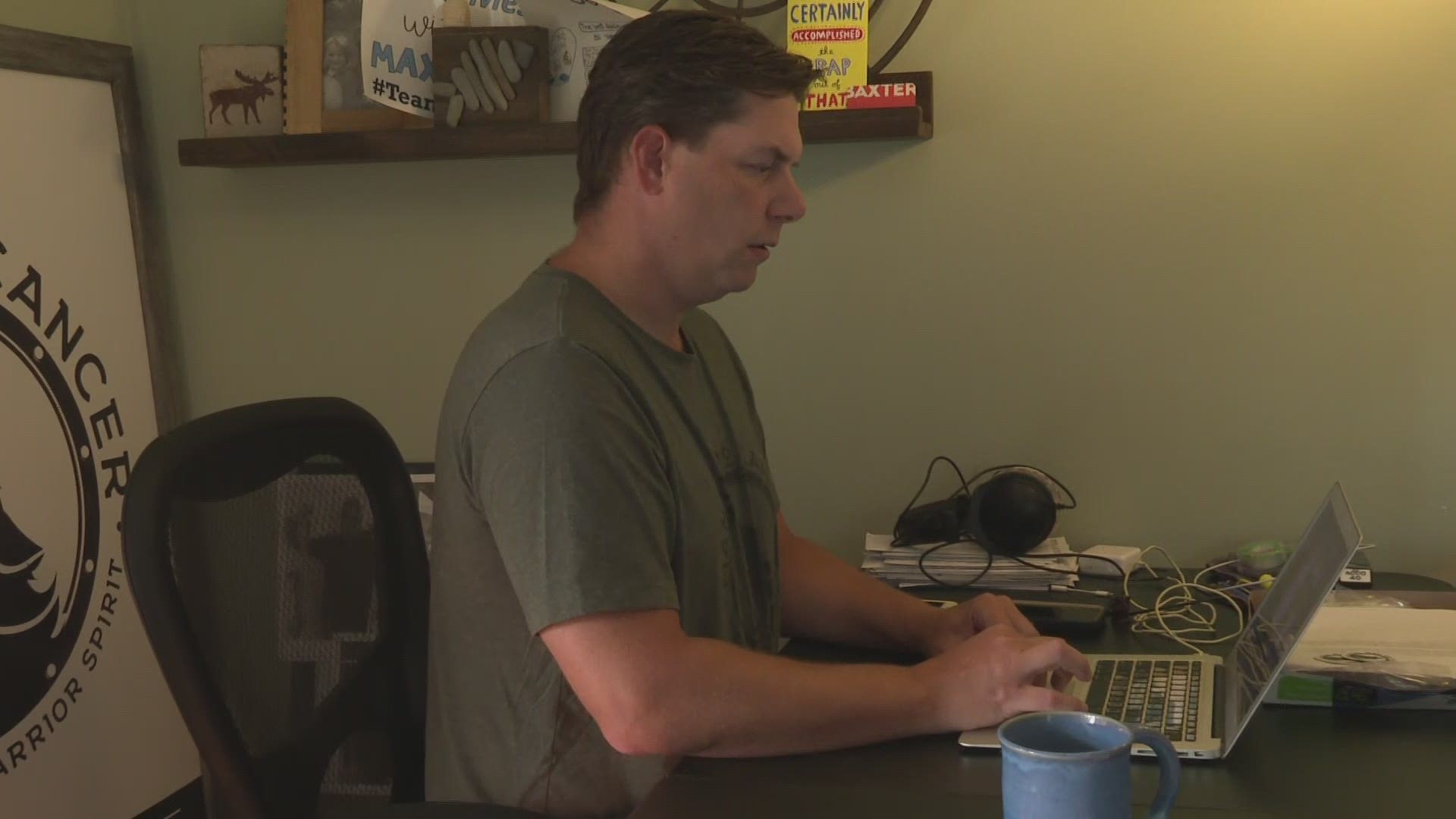 MAINE, USA — "It was a complete shock. I call it a life asteroid, kind of hit us," said Trevor Maxwell. He and his family were left speechless at the news he received more than two years ago; he has cancer.

Maxwell has been fighting stage 4 colon cancer since March of 2018. He's received support from his family throughout the process, but he says one of the biggest challenges he's faced has been his own isolation and mental health.

"It really challenged all of the roles I've had in the world. All of a sudden I went from being a pretty regular hard-working family man to someone who really needed care and going through surgery and chemo," said Maxwell.

Realizing he couldn't fight his diagnosis alone, Trevor became introduced to the Dempsey Center, which provides services at no cost to those battling cancer.

This weekend is the virtual @dempsey_center Dempsey Challenge! It will look a bit different this year, but throughout the pandemic, the support hasn't stopped for those managing the impacts of cancer. Today we're sharing the story of one person who's now giving back! #wakeMEup pic.twitter.com/NKbmfDXy4W

"I've basically found a second home and people that really get it, and can support me over at the Dempsey Center," said Maxwell. "You can't go through the burden of cancer on your own."

After finding his support and a community at the Dempsey Center, Trevor wanted to find ways to connect and help others also still fighting. He says that through his own experience with cancer, he's noticed a trend of men isolating themselves, and not receiving the mental support that is so crucial while battling cancer.

So, Trevor created his own platform to try and connect men during their fight, starting the website 'Man up to Cancer.'

"It's inspiring men not to isolate when they're going through cancer because we know that men tend to that in general," said Maxwell.

After finding success in his own platform, Maxwell wanted to find a way to give back to the place where he found a second during his cancer journey, the Dempsey Center. Now he's offering bi-monthly roundtables for men through the Dempsey Center. It includes virtual meetings, as well as future, socially distanced outings.

The largest fundraiser of the year for the Dempsey Center, the Dempsey Challenge is approaching. The funds raised here go to support programs like Maxwell's and so many more than lend support to those managing the impacts of cancer.

"All of the donations that go to the Dempsey Center are helping real people and real families in Maine. The Dempsey Center provided such a benefit not only to me but to my kids and wife as we go through this," said Maxwell.

The Dempsey Center has continued to offer services throughout the COVID-19 pandemic. Maxwell says donations are just as crucial now to support the ongoing work of the center.

There's still time to sign up to participate or donate to the Dempsey Challenge. You can learn more by visiting the Dempsey Center's website.