Coats and Toys for Kids

Donate a new or gently used coat or a new unwrapped toy to our Coats and Toys for Kids campaign and help our fellow Mainers. 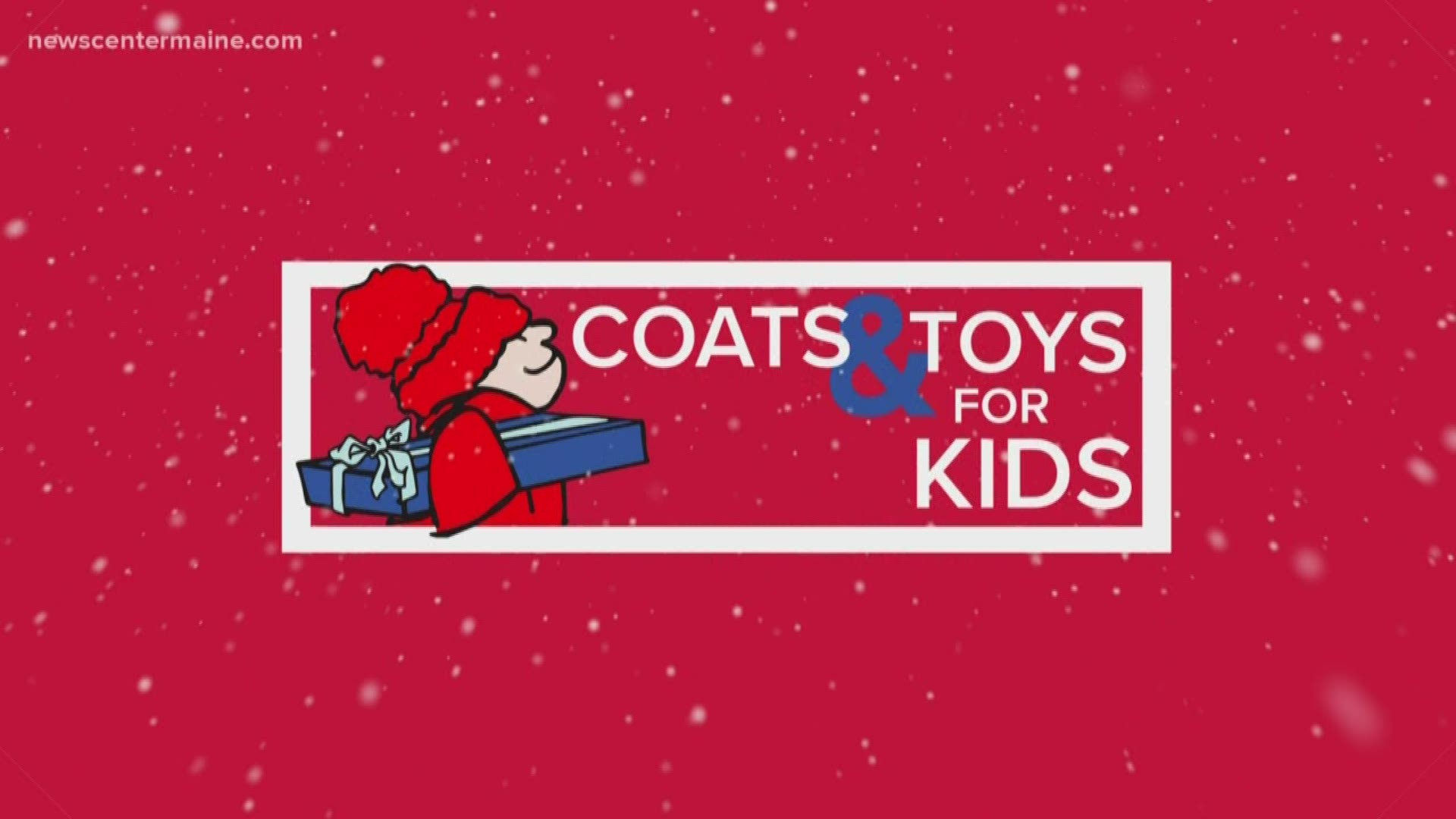 MAINE, USA — UPDATE: When the single day event is combined with the month-long Coats and Toys for Kids campaign, the overall total collected was an estimated 17,825 coats and 7,100 toys. Thank you to all Mainers who donated.

By estimation, NEWS CENTER Maine has collected more than 832,825 coats in the last 28 years- all of which have helped to keep Maine children warm. Since 2004, they have collected 71,100 toys to distribute to those in need during the holiday season.

Once again, we marvel at the generosity of Mainers. This Saturday alone, you donated more than 3000 coats, 5600 toys and $2462 to our Pratt Abbott, Hannaford and Shaw's locations. We can't thank you enough for helping us make a difference in Mainers' lives. 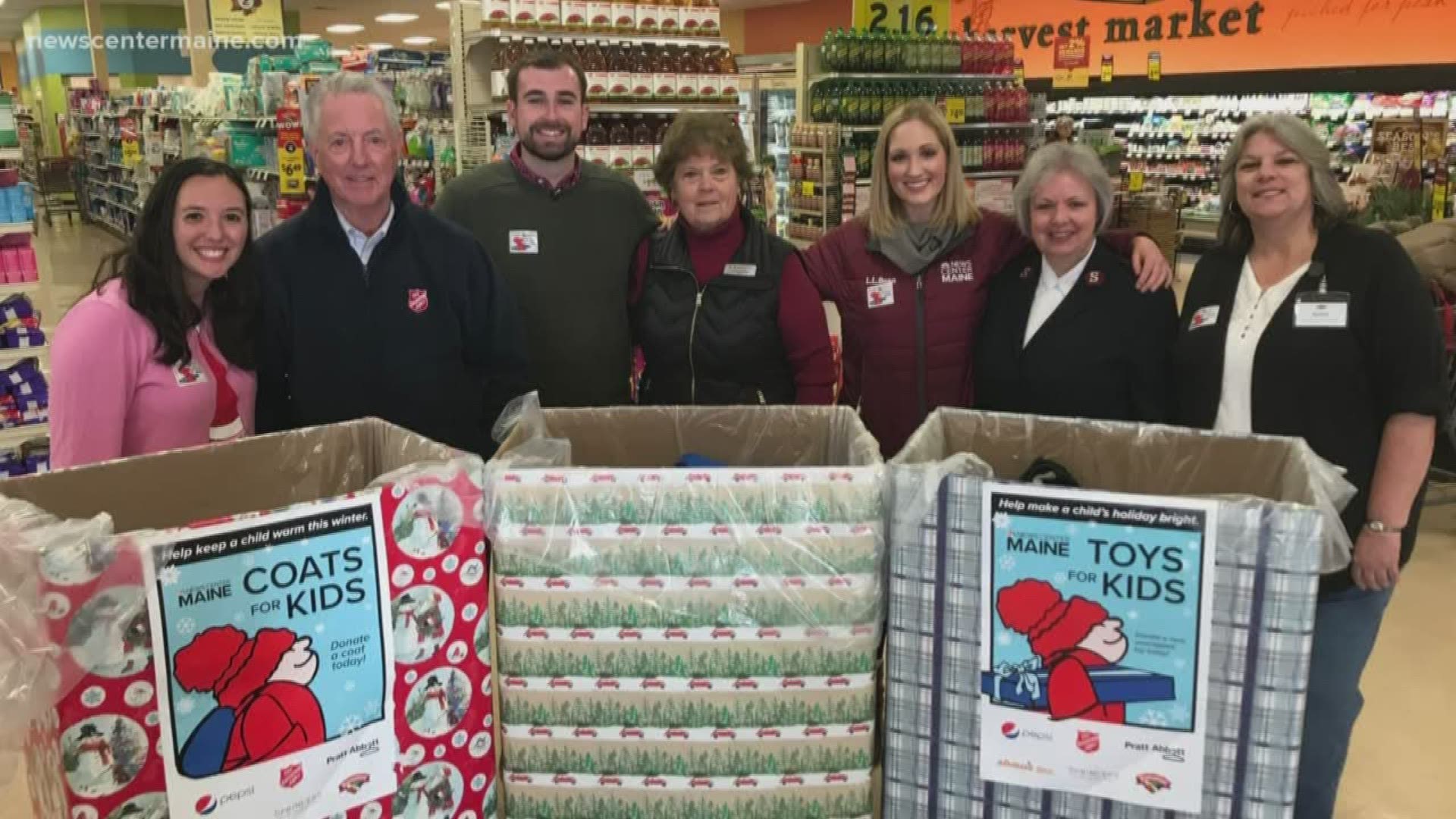 In 1983, the Salvation Army created the campaign in an effort to collect coats for Maine families who couldn't afford a warm winter coat. NEWS CENTER Maine and the Salvation Army joined together in 1990, establishing a partnership for the Coats for Kids campaign.

RELATED: Coats for Kids | The need for warmth has come early this year

Mainers helping children during the 2019 Coats & Toys for Kids campaign

1 / 55
NCM
When you ask, Mainers generously turn out to donate coats and toys for needy families 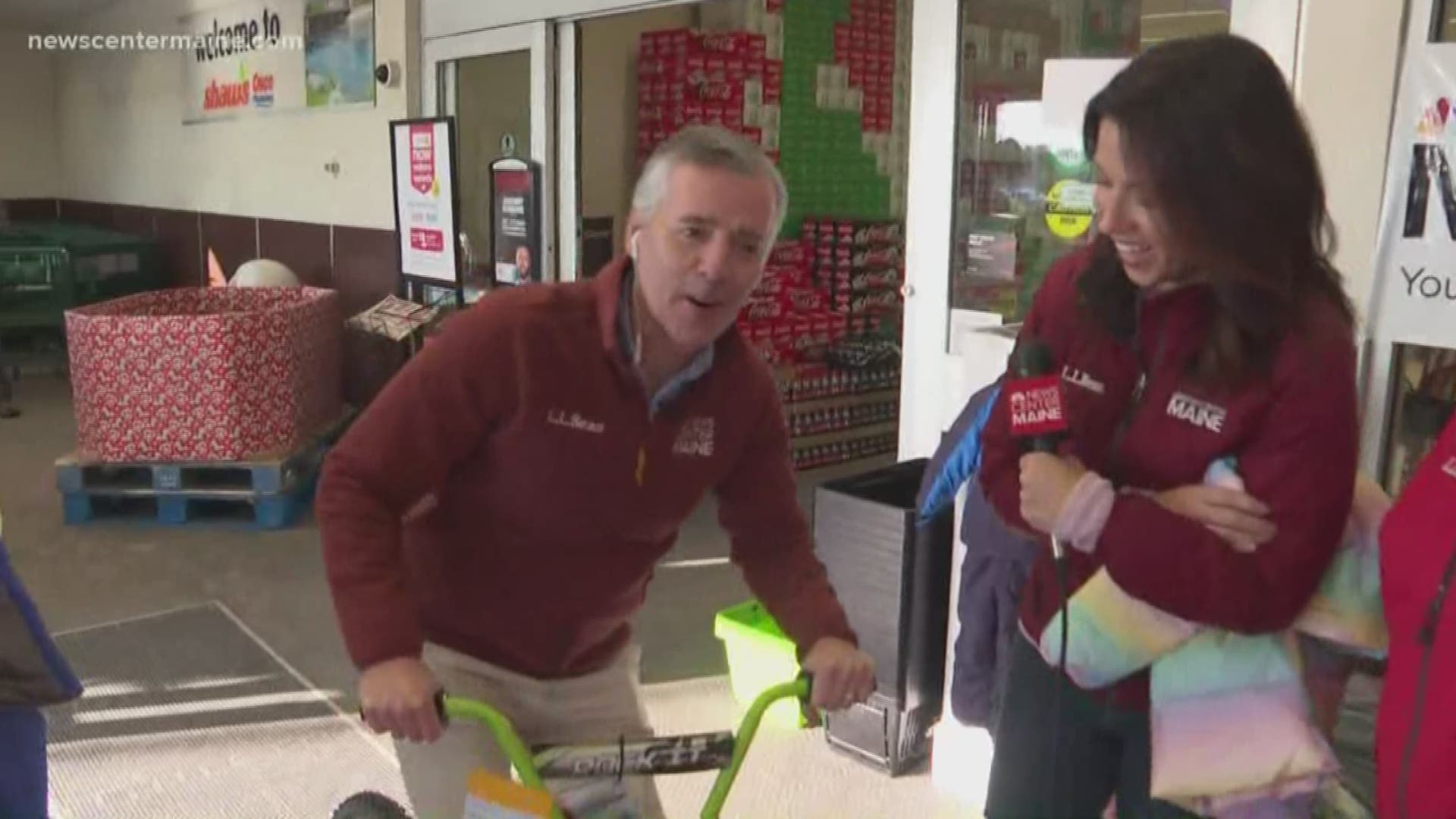 Coats will be accepted Thursday, November 28 through Tuesday, December 31. 34 days to get your donations in!

Toys will be accepted from Thursday, November 28 through Sunday, December 15 — just two and a half weeks, leaving time to distribute to those in need for the holiday season.

Coats & Toys for Kids Day is December 7. We will be live from 7 locations throughout the state collecting coats and toys. These locations include Hannaford in Augusta on Cony St., Newport on Moosehead Trail, Sanford on Main St., Waterville on Elm plaza. Shaw’s in Bangor on Main St. and Auburn on Center St. Pratt Abbot on Forest Ave in Portland.

NEWS CENTER Maine will air two Coats and Toys for Kids’ television specials on December 7 at 8:30AM and 11:30AM.

Thank you to Springer’s Jewelers for being Coats and Toys for Kids Day of sponsor.

RELATED: Thank you Maine for making the 36th Coats and Toys for Kids a success