Coats and Toys for Kids: Thank you for your generosity

If you weren't able to drop off a new or gently used coat or new toy on Saturday, you can still donate at one our of drop boxes at participating Hannaford, Shaw's and Pratt Abbott locations throughout the state. 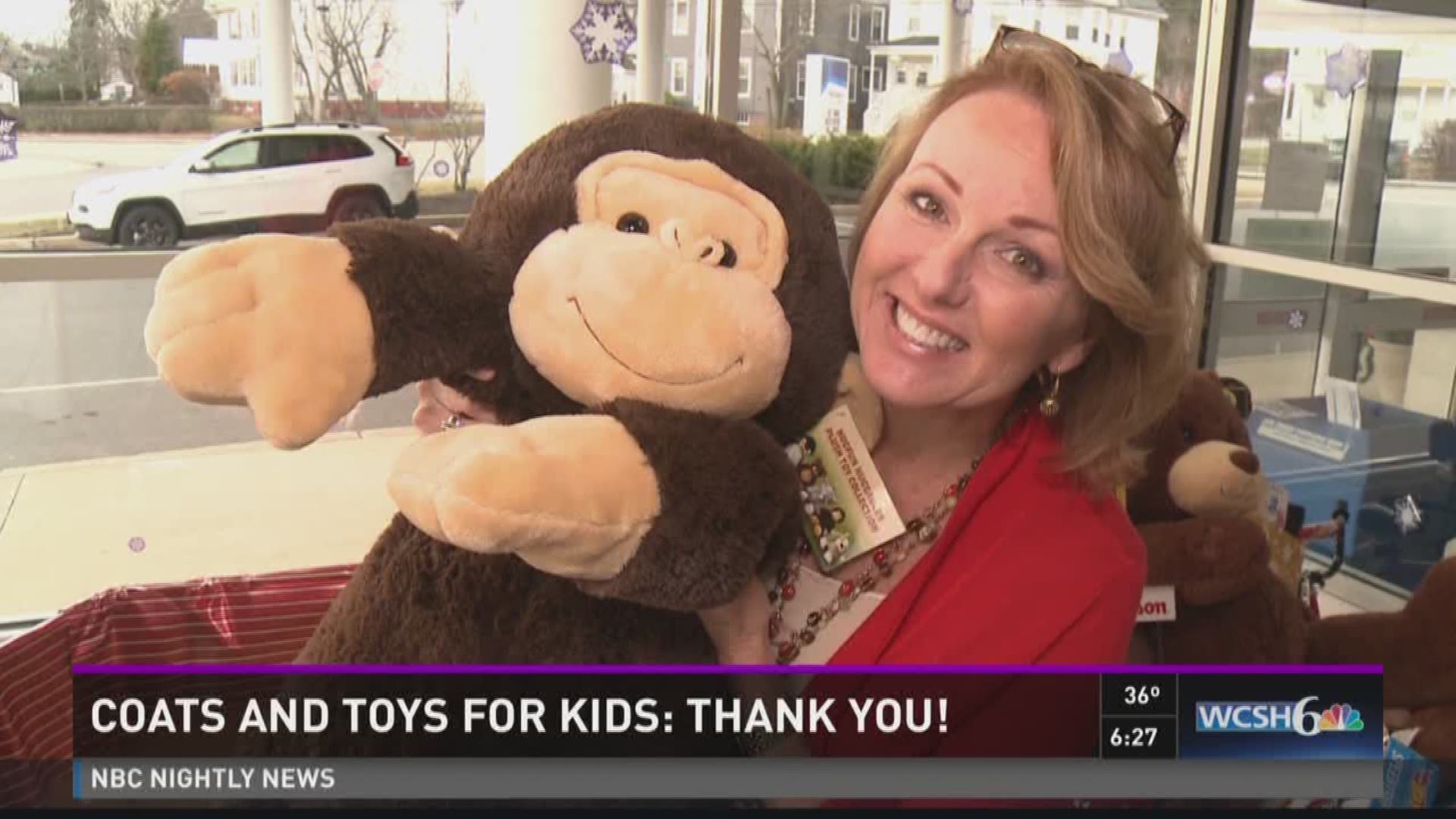 (NEWS CENTER) — Thousands stopped by locations throughout the state Saturday for the 34th annual Coats and Toys for Kids campaign.

NEWS CENTER personalities were stationed to collect at grocery stores from Sanford to Ellsworth, and at Pratt Abbot Cleaners in Portland.

Many Maine agencies collected coats within their offices; others collected money to buy new coats. Big Al from Route 1 in Wiscasset stopped by with 1,000 toys and more than a hundred coats, sweaters and sweatshirts, and students from Farrington School in Augusta brought cartloads of clothes to drop off.

The Maine Bankers Association presented a check for $9,000 to the Salvation Army to help more people in 2017.

As of Saturday night, it was still unclear how many donations had been contributed. NEWS CENTER hopes to calculate a number by the end of the weekend. 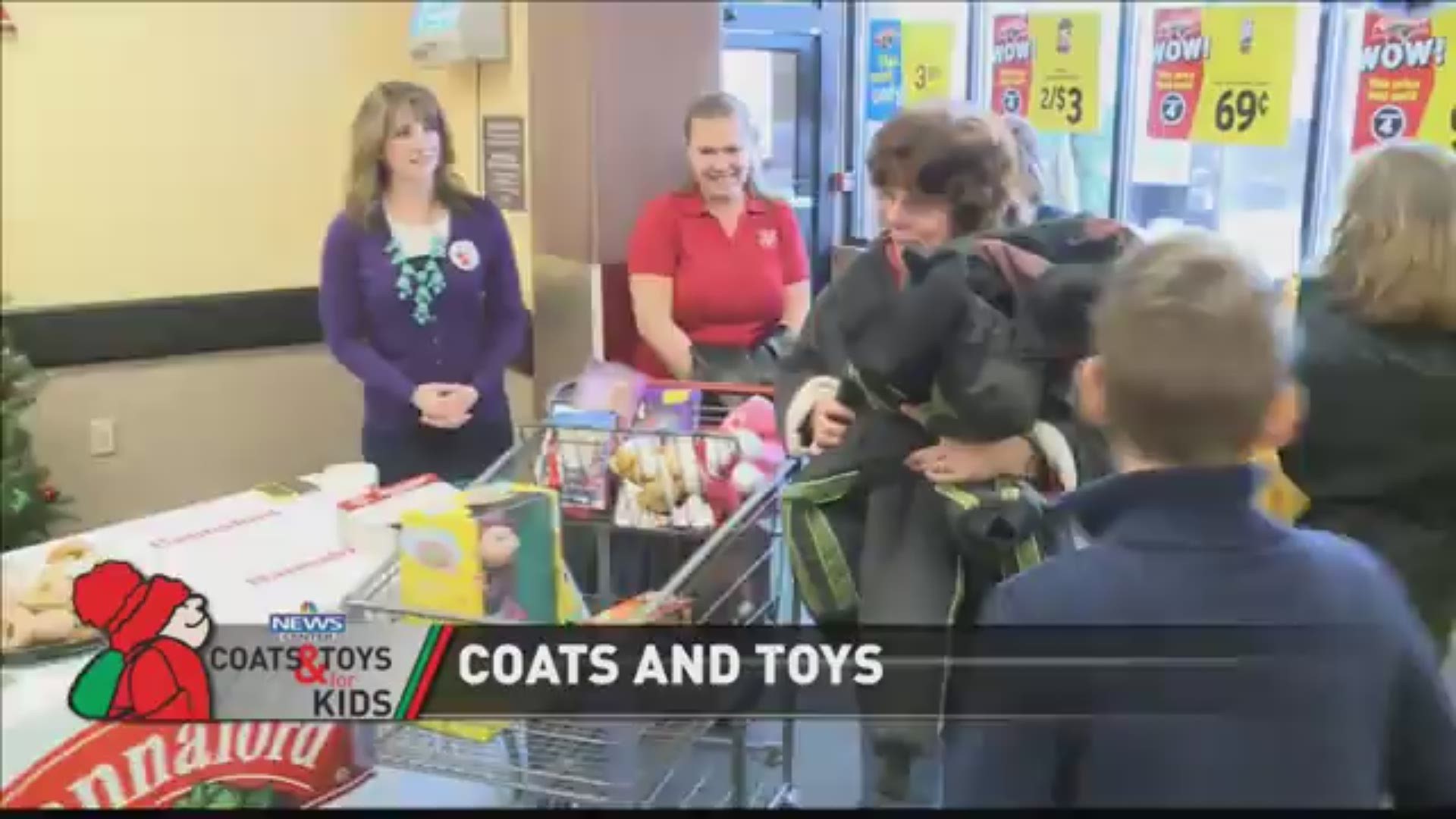 ↓ Sanford location with Todd, Sharon and Pat; and Keith, Jess and Don

↓ Coats and Toys for Kids… Karaoke?

NEWS CENTER viewers have helped collect an estimated 800,000 coats and 54,000 toys over the years for Coats and Toys for Kids campaign.

The project was started in 1983, initially designed to collect coats for kids who could not afford a warm winter coat throughout the state of Maine. Years later, area agencies indicated there was a need for toys for the holiday season, so NEWS CENTER adapted, becoming the Coats and Toys for Kids campaign.

Each year, boxes are available at several Hannaford, Shaw's and Pratt Abbott locations, so anyone can donate their used coats throughout the month of December, and new toys until mid-December.

Coats will be collected through Dec. 31 in all the Shaw's, Hannaford and Pratt Abbott participating locations. Toys will only be collected until Dec. 16 so that there is time to distribute them to those in need for the Holidays.

Once again, Thank You for participating in our campaign. Your generosity is appreciated by each and everyone here at NEWS CENTER.