Buddy to Buddy: The cost of cancer

While fighting for their lives, many cancer patients also face possible financial ruin 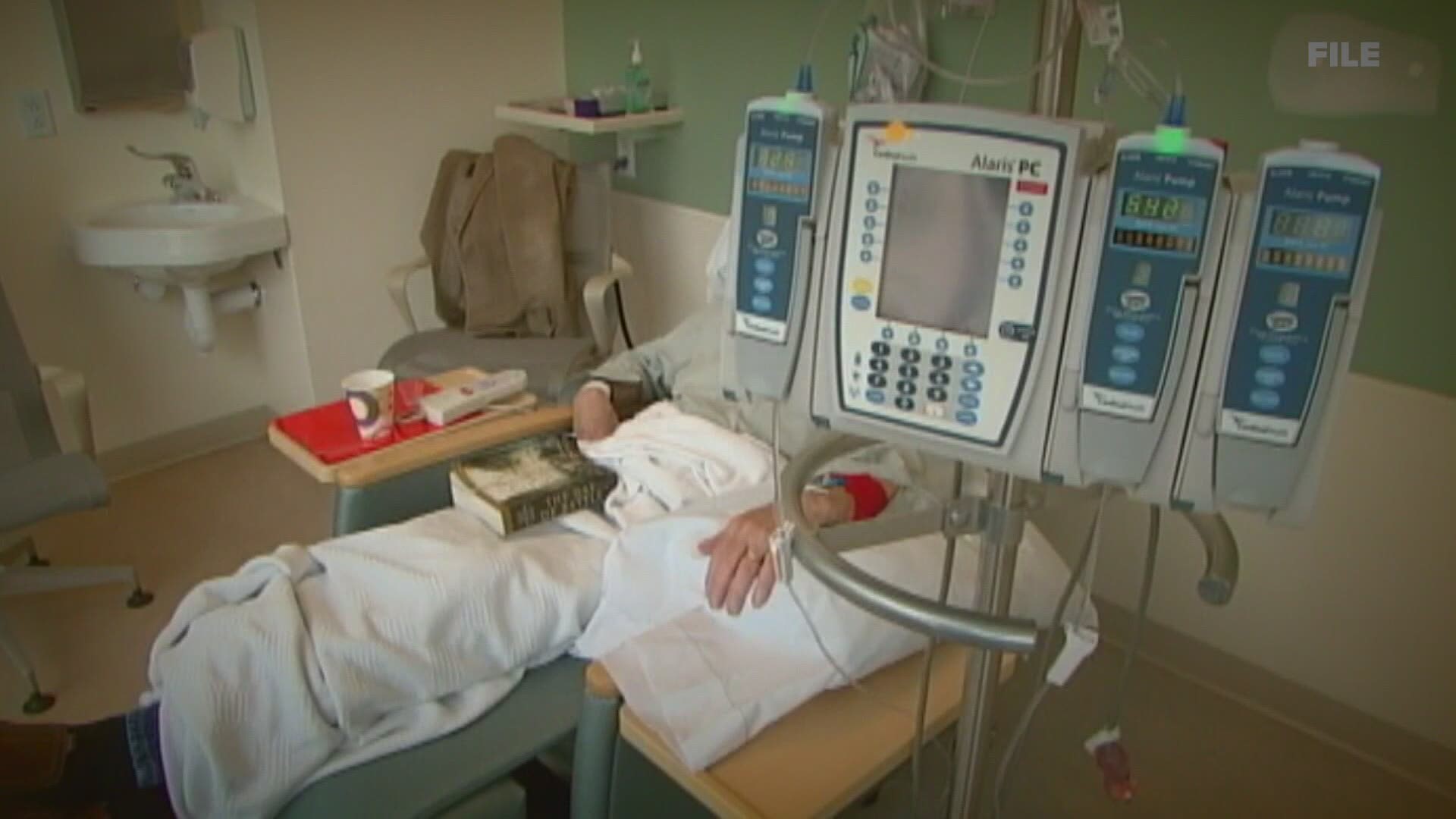 SCARBOROUGH, Maine — Jessica Leighton of West Baldwin is a single mother of two teenage boys and a breast cancer survivor.  She says her year-long battle with the disease, which included a double mastectomy, chemotherapy, a re-diagnosis, more surgery, radiation, and more chemo, left her financially broke and feeling ashamed.

"I remember hanging up the phone after speaking with someone about getting food stamps and I cried," she says. "I would go to grocery stores in other towns or late at night because I didn’t want people to know that I had to be on food stamps for a short time to feed my children."

Leighton is not alone.  The statistics are sobering:  A study by the Fred Hutchinson Cancer Research Center concluded that cancer patients are 2 1/2 times more likely to declare bankruptcy than people without cancer; Johns Hopkins Medicine reports that cancer care costs are increasing at two to three times the rate of other health care costs; and the National Institutes of Health found that breast cancer patients, for example, are out of work for an average of six months.  Put it all together and you've got a financial disaster waiting to happen for the estimated 1.8 million people who will be diagnosed with cancer in the United States this year.

Dr. Tracey Weisberg, a surgeon at New England Cancer Specialists in Scarborough, says she sees the scenario play out time and again, "It is sad that people who work hard, who get paychecks, who pay their health insurance premiums, who are making it or even doing a little better than making it get some type of medical diagnosis that can destroy their whole lives financially," she says, "At New England Cancer specialists and other cancer practices throughout the country there's a growing awareness that part of the cancer management team needs to be a financial advocate."

Financial advocates work one-on-one with patients to assess their needs and find resources to meet those needs -- everything from gas cards from charitable organizations, to state and federal public assistance, to discount and rebate programs through pharmaceutical companies. Jessica Leighton says that help was crucial, and kept her just back from the brink of total financial disaster.  But several months later, she is still trying to get back on stable footing, "It takes a while to rebuild your credit if you've done damage to that. It takes a while to replace any savings. I'm not there yet. But I think you have to make choices to push yourself forward."

Leighton urges anyone who finds themselves struggling in the face of a major medical diagnosis to reach out for help sooner rather than later. "In tough times like this you have to do things you wouldn't normally want to do," she says. Dr. Weisberg adds that there should be no shame in doing so, "It is not shameful," she says, "It is not anything. It is the nature of the world we live in right now."

RELATED: What it's like working on the front lines of cancer during COVID-19

RELATED: Family recovers from coronavirus, gives others strength and hope to overcome it

RELATED: Buddy to Buddy: The Power of Movement

RELATED: Buddy to Buddy: Don't put off that mammogram