Buddy to Buddy: A mother/daughter story

A mother and daughter become each other's rock as they both battle breast cancer. 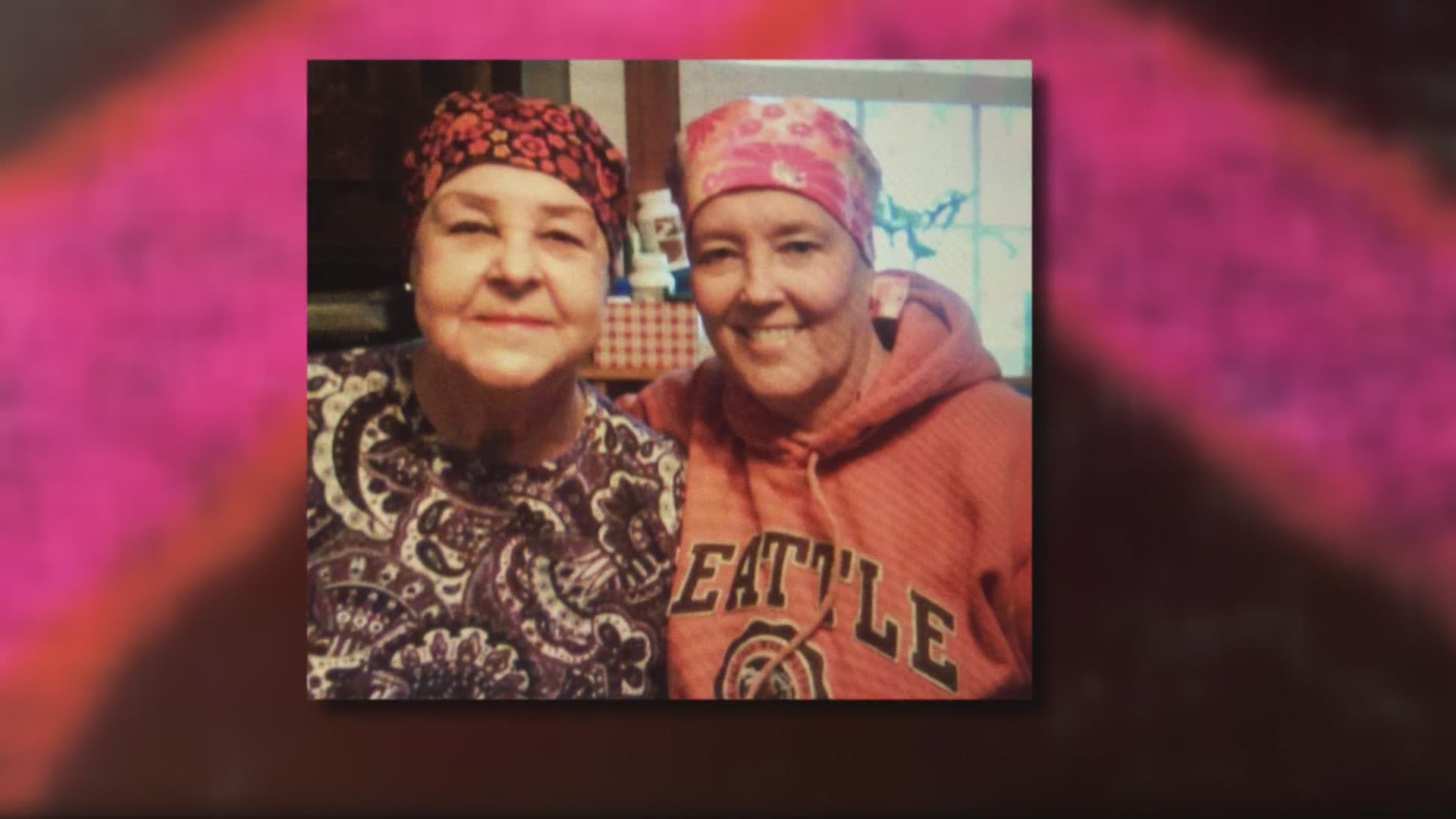 LYMAN, Maine — When Deb Wicklund moved her mother into her home to care for her during her battle with lung cancer, she never imagined she would soon be fighting her own cancer battle. "To have to tell her, you know, that her daughter had breast cancer," says Wicklund, "Because I wanted to focus on her, not on me. So I didn't give her any details or anything I just said, 'Listen, we're gonna go through this together. We're gonna be each other's rock.'"

Wicklund says, as they went through treatment together, she came to believe that her own diagnosis was actually meant to be. "So that I could spend time with my mother during her last few months. Because you know I work. I'm a nurse. And this was kind of God's way of telling me you're going to spend time with your mother. And so we went to chemo together we went to radiation together."

In July of 2010, Wicklund's mother passed away.  But Wicklund just celebrated 10 years, cancer-free. And in her work as a surgical nurse, when she has the opportunity to care for a breast cancer patient, she has a message for them. "If you believe, you can make it through."