Organizer James Varner told the crowd the recent death of George Floyd has started a movement that he hopes will continue. 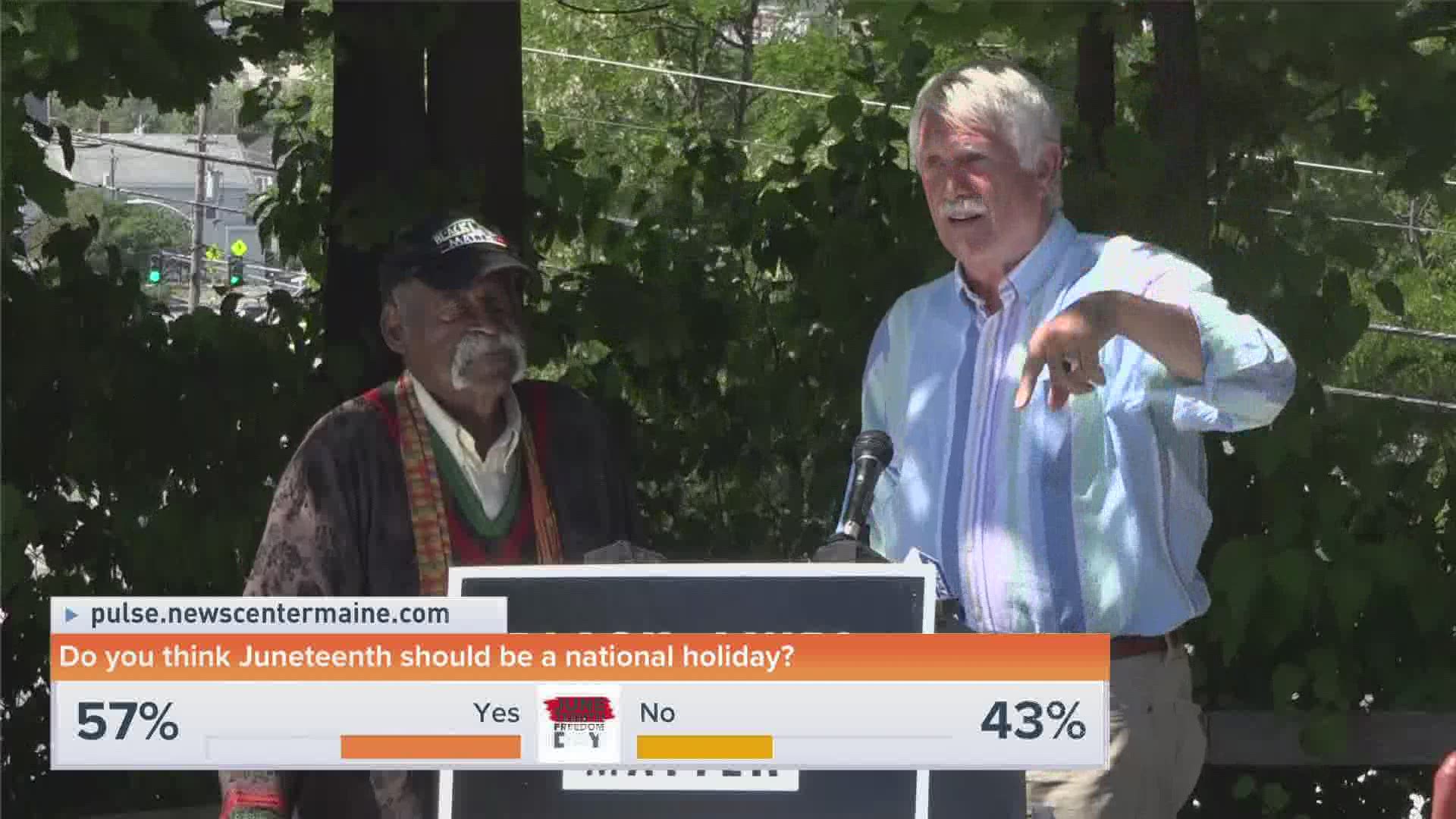 BREWER, Maine — A Juneteenth celebration was held in the city of Brewer on Friday.

The event was fittingly held at Chamberlain Freedom Park, the former home of the historic Holyoke House which was torn down in 1995. Both the house and a hidden tunnel below it were allegedly part of the secret route known as the underground railroad, used by slaves to escape from the American South into Canada in the 19th century.

Organizer James Varner told the crowd the recent death of George Floyd has started a movement that he hopes will continue.

Varner, president of the Maine Human Rights Coalition, told the crowd, “This death has rippled and touched the hearts and minds of people here in the United States. But it's reached all across the world and it's making a difference. It's got to stop.”

Juneteenth advocate George Mathis was at the event and shared what he’d like to see happen.

“For every human being to have a life that is free of violence and ridicule and it's something that I hope and pray that all men and women will see that this is something that is desperately needed," Mathis said. "Because it's an atrocity for a person to lose their lives just because of the color of their skin or their sexual orientation."

After the ceremony, a wreath was placed on a bronze sculpture depicting a slave climbing out of a tunnel.

RELATED: Where Maine stands on officially recognizing Juneteenth as a holiday