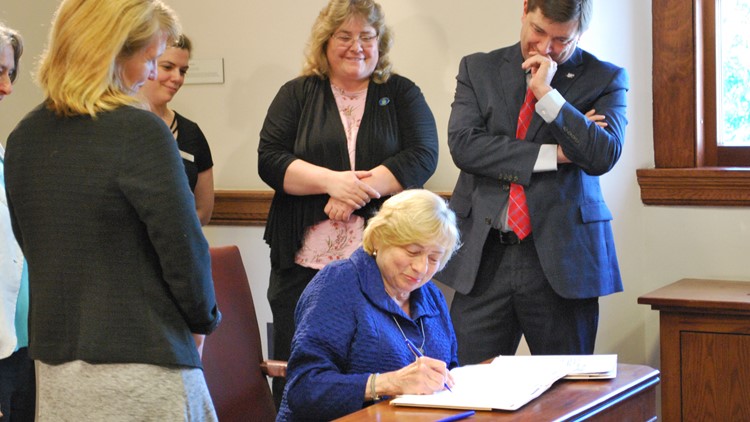 AUGUSTA, Maine — Maine voters could see efforts to strike down a dozen laws ranging from presidential primaries to the end of some vaccination exemptions on the ballot in November or next year.

The laws passed by the newly Democratic Legislature are set to be effective Sept. 19.

Opponents can temporarily block the laws if they collect 63,067 signatures. The groups have until Sept. 18 to file such petitions with Democratic Secretary of State Matt Dunlap's office.

But such "people's veto" efforts could only get on the November ballot if they get enough signatures weeks ahead of that deadline.

Groups that submit enough signatures would likely get people's veto questions on the March presidential primary ballot or the June 9 election.

But Maine won't have a presidential primary If opponents gather enough signatures.