One person killed, another transported to the hospital from St Albans accident

Mitchell said it appears that speed and wet road conditions are the cause factors for this crash. 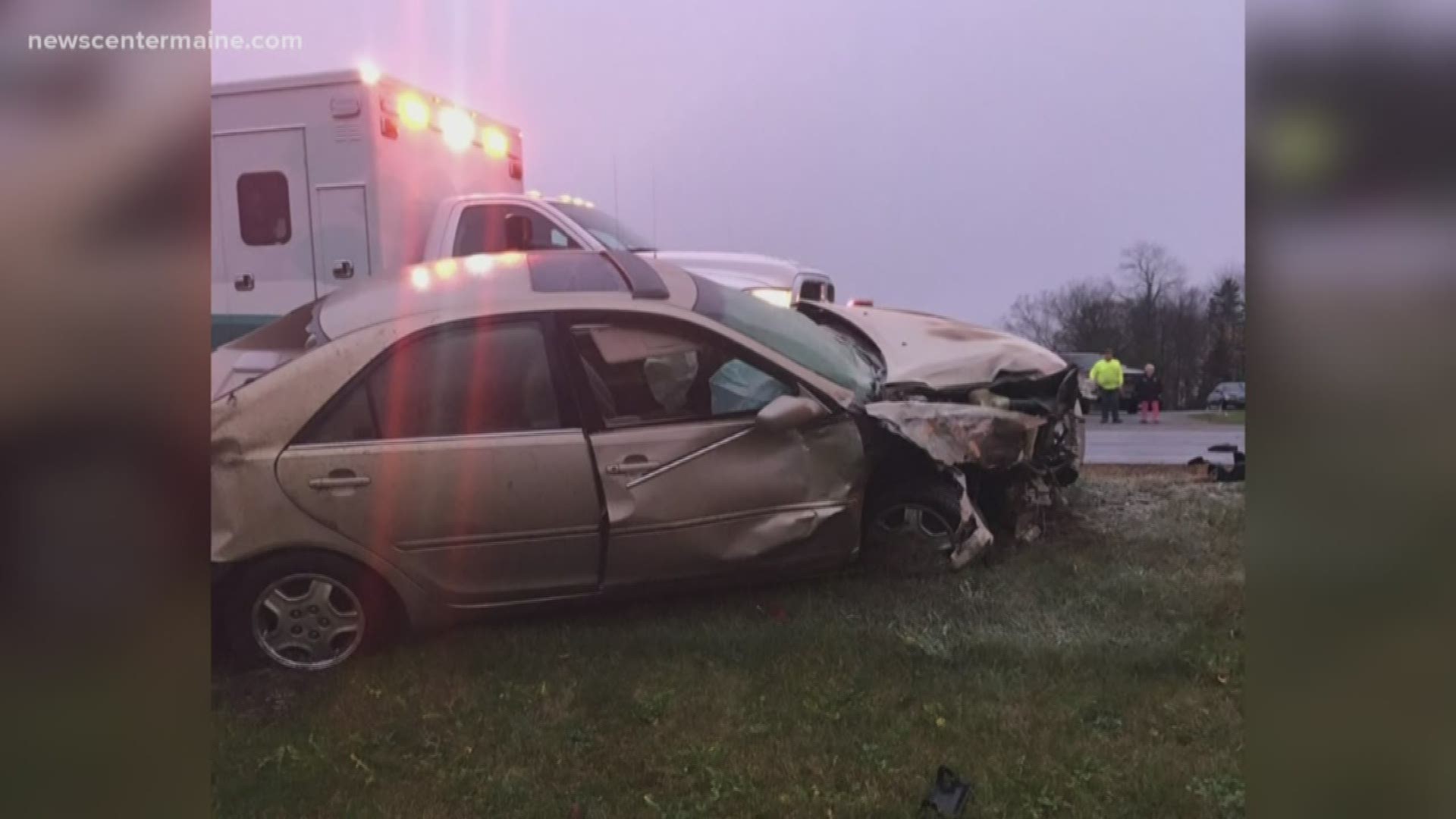 ST ALBANS, Maine — One person was killed and another person was transported to the hospital from a head-on car accident Thursday just before 5 p.m.

Somerset County Chief Deputy Michael Mitchell said 20-year-old Heather Gallagher of St. Albans was driving a 2002 Toyota Camry heading south on the Palmyra Road in St. Albans when she lost control of her vehicle, crossing the center line and into the path of an oncoming vehicle, striking it head-on.

The other vehicle, a 2013 Toyota Corolla, was operated by 65-year-old Susan Skillin of Cambridge,  who was pronounced dead at the scene. Gallagher was transported to Sebasticook Valley Hospital by ambulance and treated for a broken leg. There were no other passengers in either vehicle.

Mitchell said it appears that speed and wet road conditions are factors for the crash. He also said the crash is still under investigation but investigators are still trying to determine if either driver were wearing seatbelts.

Mitchell said the accident will be reviewed by the District Attorney’s Office once the investigation is complete.

RELATED: Romaine lettuce linked to another E. coli outbreak, but appears to be over