Car chase ends with one person in custody on Route 25 in Gorham Saturday night. 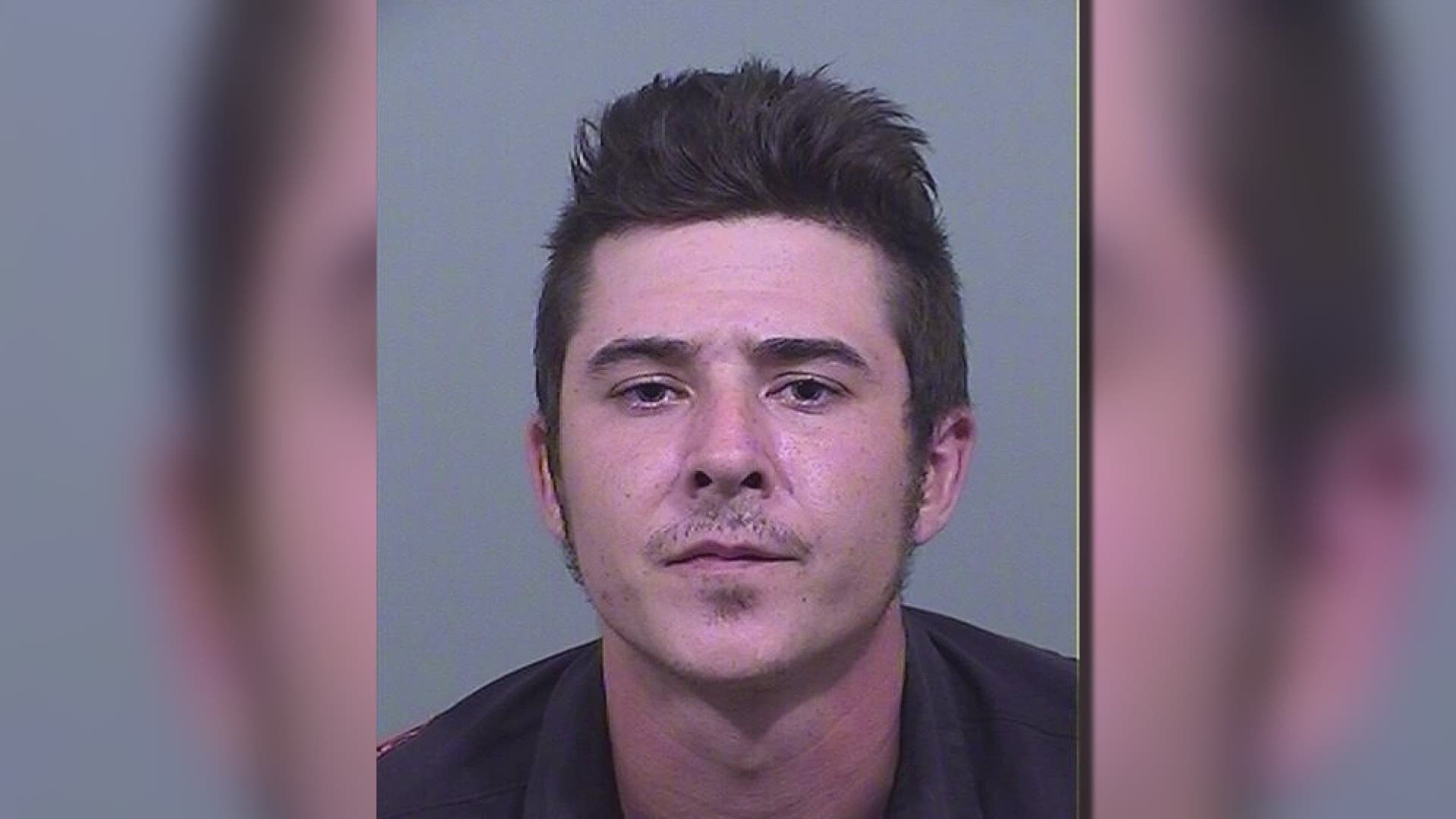 GORHAM, Maine — One person is in custody tonight after a carjacking turned car chase according to the Cumberland County Sheriff's office.

Officials say they have arrested 31-year-old Mason Day of Brownfield in connection to the crimes.

Police say it began when a 2005 Buick LeSabre was stolen in the town of Limington (York County) by "a male armed with a knife," allegedly Day.

Police say Day stabbed the owner/driver of the vehicle and fled the scene in Limington in the stolen car, still armed with the knife. Fortunately, the stabbing victim suffered a minor, non-life-threatening injury.

Police chased Day through the areas of Standish, into the town of Baldwin, back into Standish. Finally, the chase ended in the town of Gorham. During the course of the pursuit, several Cumberland County Sheriff’s Deputies, York County Deputies, Gorham Police Officers, and the Maine State Police became involved.

Police used spike mats on three occasions to disable the car driven by Day. The pursuit was concluded when police say a Maine State Trooper was able to position his police cruiser safely and use a "PIT MANUVOUR" to disable the suspect vehicle permanently.

After that, Day took off on foot. He was bitten by the Sheriff’s Office K-9 while attempting to get away and then was taken into custody. While being taken into custody, Day reportedly kicked an officer in the face. Day sustained minor injuries from the K-9 bite and was treated by EMS on scene prior to being transported to the Cumberland County Jail.

During the course of the pursuit, Day in the stolen vehicle reportedly side-swiped another car, causing reportable damage. There was no injury as a result of this crash. Three Deputies sustained minor injuries during the course of this incident. None of the injuries required medical treatment.

31-year-old MASON DAY of Brownfield, Maine was transported and is being held at the Cumberland County Jail. Day was wanted on multiple warrants unrelated to this incident and is being charged with the following crimes: Armed Robbery, Eluding, Reckless Conduct with a Dangerous Weapon, Passing a Police Roadblock, Assault on an Officer, Refusal to Submit to Arrest on Detention, Violation of Conditions of Release.

Day is being held at the Cumberland County Jail without bail and will appear in Portland Court as early as Tuesday for an arraignment.