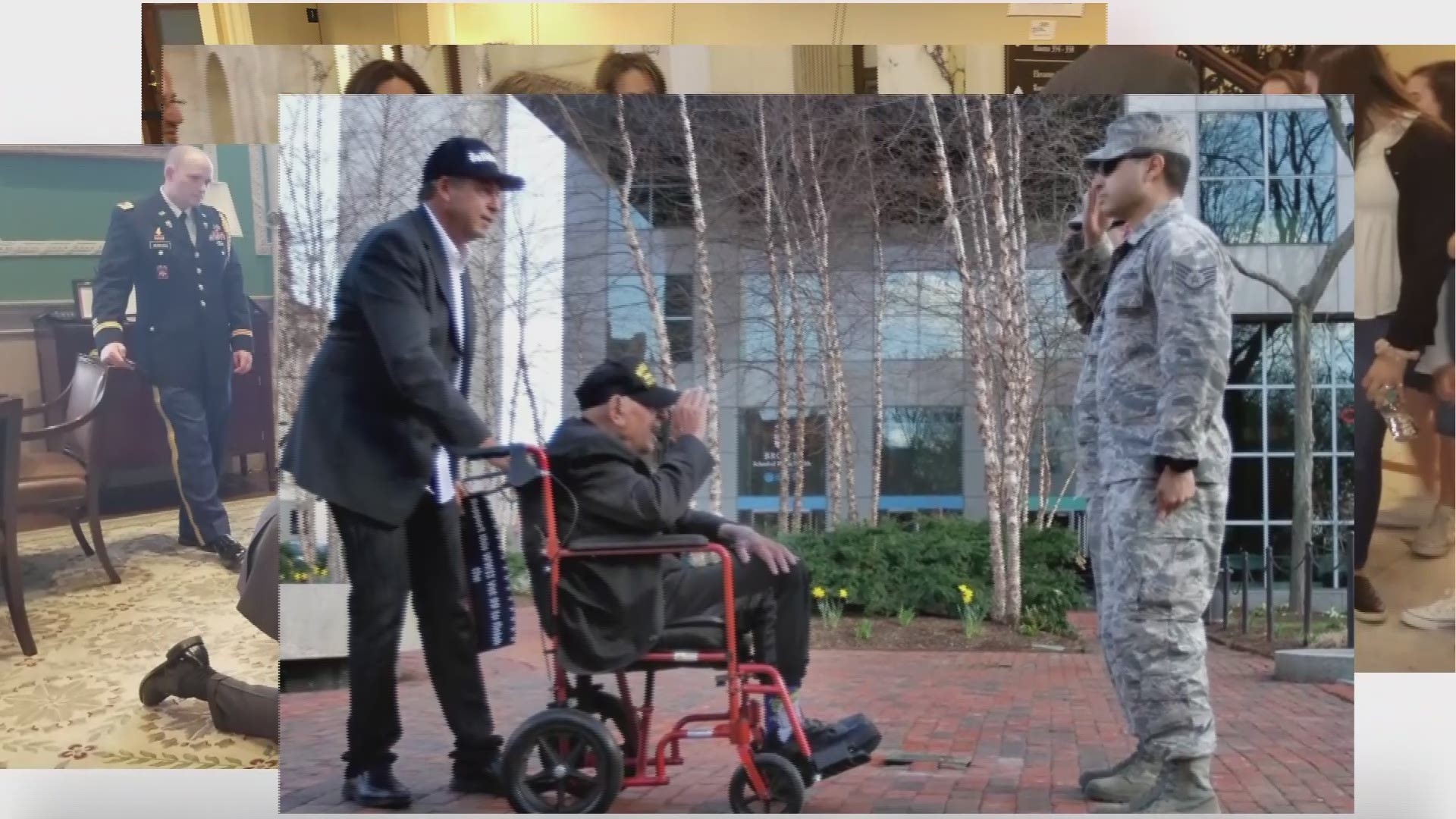 (NEWS CENTER Maine)-- Sidney Walton was born in New York and met a woman from Dover-Foxcroft who he later married. The two lived on Falvey Street in Bangor where his 2 daughters were born and he worked at the former Dow Air Force base. 99-year old Sidney is back in Maine as part of a cross country tour that will help check off an item on his bucket list.

Sidney and his son Paul are on a country wide crusade to make sure people never forget World War II veterans. The plan is for Sidney to go to all 50 states, and meet with anyone who wants to, as well as with each states Governor. The 3rd stop of the tour was in Maine with Governor LePage. The reason behind the 'goSidneygo' tour is because when he was a kid in New York, Sidney had a chance to visit with some Civil War veterans but was never able to make it happen.

"I've regretted it ever since, because I was always interested in the Civil War", said Sidney.

"He basically represents all world war 2 veterans and to see people receiving him the way they are, it's my father, one so it's very emotional, but number 2, to see the respect that not only my father is getting but that all WWII veteran is getting, it's so heartwarming" said his son Paul.