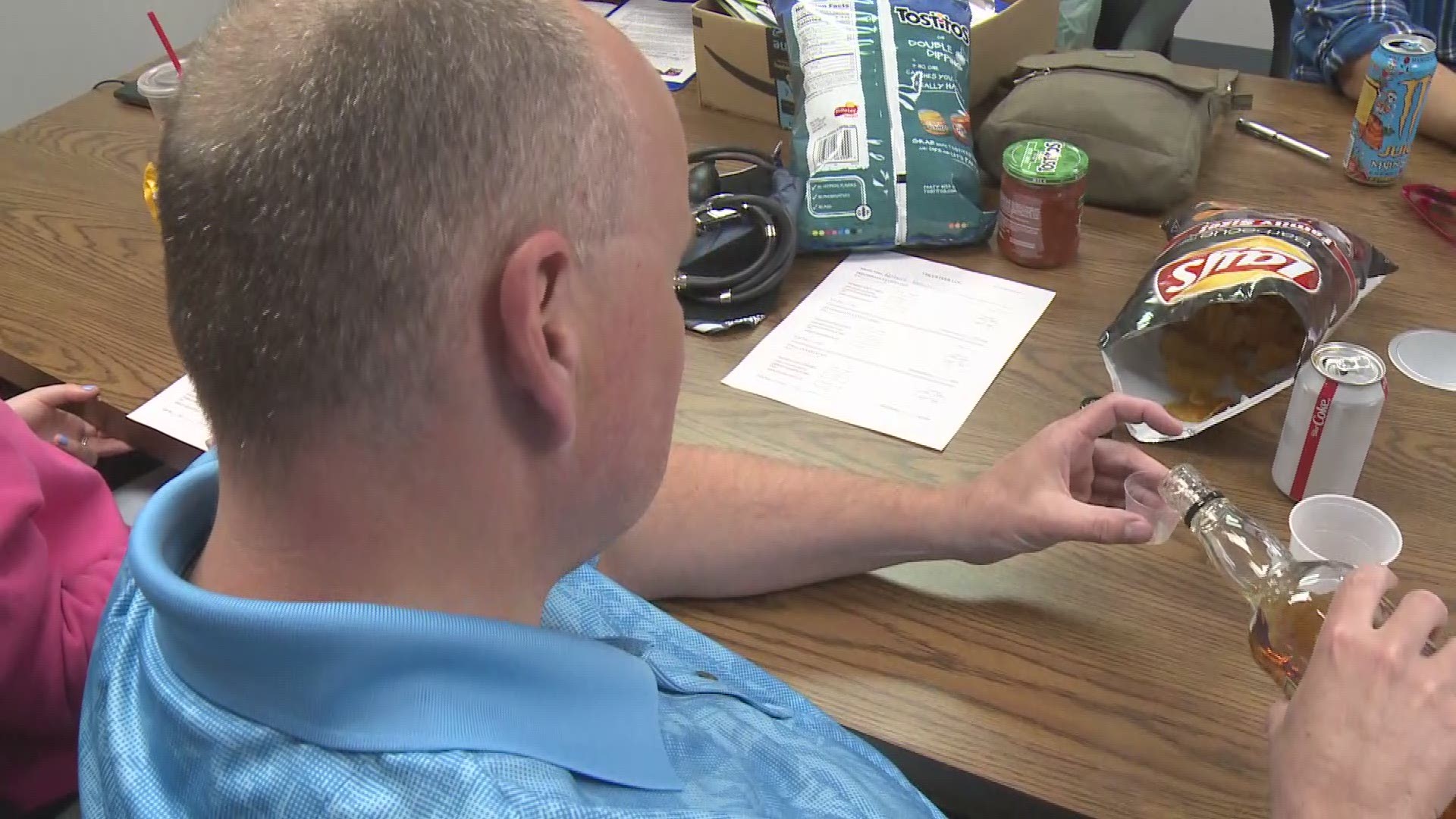 AUBURN (NEWS CENTER Maine) — With marijuana legal in Maine, police officers worry that more people will drive under the influence of the drug known for slowing reaction times.

While the Maine Criminal Justice Academy presents officers with live, hands-on training for identifying people intoxicated by alcohol, they can not legally do so for marijuana due to federal law, according to assistant director and training manager Rick Desjardins.

A company called Dirigo Safety offers a "mixed impairment detection" class, where volunteers smoke weed, drink alcohol, or do both, and officers are then put to the test to identify which substances the volunteers are using.

"We're getting the other impairments now -- dealing with heroin and other types of drugs," said Skowhegan police officer Tim Williams. "We see all types of things in Skowhegan, and to pinpoint it right there on the road is tremendous."

Even Maine's drug recognition experts, police officers with specialized training, have to travel to Maryland to see human manifestations of the symptoms of marijuana. There are only about 100 DREs in Maine.

Dirigo Safety is run by Scot Mattox, a 26-year police veteran and DRE part-time in Falmouth.

"There's a difference between reading something in a book and then seeing it in real life and learning it," said Mattox.

Departments pay for the officers to attend this training.

"If you're going to make a mistake, it's better to make it in a controlled environment like this," said Dexter Police officer Alyshia Canwell, who wants to be a DRE.

Out of all the sobriety tests, officers identified 13 out of 18 impaired drivers correctly, but more than 25 percent slipped through. Many of these officers are not DREs and did not have advanced drug recognition training. But with legal marijuana a reality in Maine, even the volunteers believe this type of training should be required for police.

"In every shift that I work we have people that are under the influence of some sort of drug," said Dr. Bob Brown, an emergency room doctor at a hospital in New Hampshire, who chose to volunteer for alcohol impairment. Dr. Brown witnesses the results of impaired driving crashes.

"We all have to see that somebody is seriously injured or dying because somebody made a bad decision," said Dr. Brown.