This Maine hospital offers an innovative approach to addiction recovery

Mid Coast Hospital began dispensing buprenorphine in the emergency department in October 2017. The drug is used to help people wean off of addictive opioids like heroin. 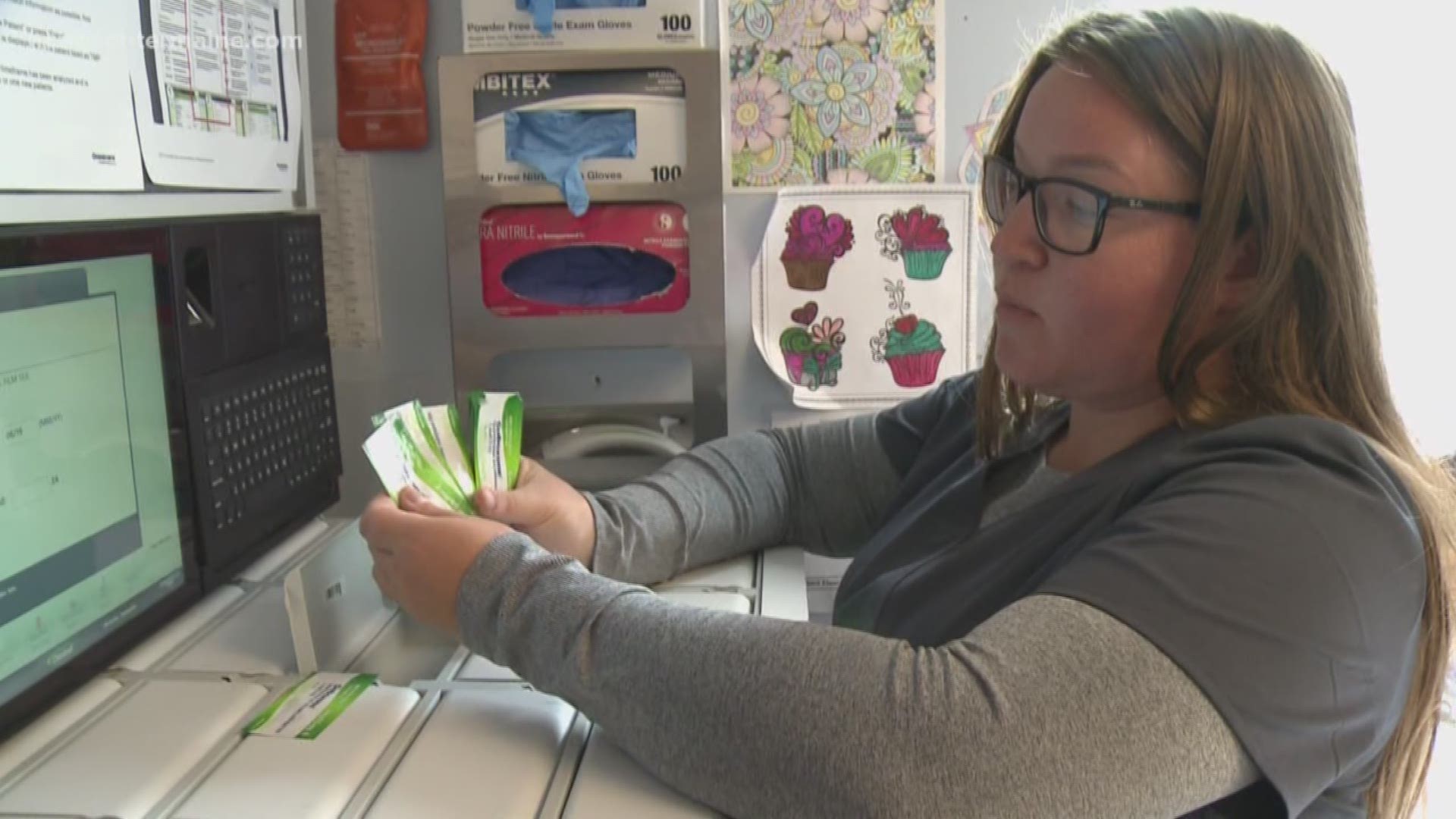 BRUNSWICK (NEWS CENTER Maine) -- Mid Coast Hospital in Brunswick is the only hospital in Maine to give a drug used to help people wean off of opioids like heroin in its emergency department.

Mid Coast Hospital is one of a handful of hospitals across the country trying an approach based on a 2015 Yale-New Haven Hospital study, that found patients who were given buprenorphine, commonly referred to by one brand name, Suboxone, in the emergency room were twice as likely to be in treatment a month later, compared to those who were handed an informational pamphlet with phone numbers.

"We're really just getting things started when we can as a opposed to giving someone a phone number and a handshake," said Dr. Ranjiv Advani, the director Mid Coast Hospital's emergency department. "It's an everyday thing that we see people with substance use problems."

This is what Suboxone looks like. It’s one of the opioids used to help people wean off of other addictive drugs like heroin. @midcoasthealth is offering this, plus an appointment in the Addiction Resource Center to help combat the opioid epidemic. @newscentermaine #opioidcrisis #recovery

In addition to one day's dose of the medication, patients are set up with an appointment on the next business day at the hospital's Addiction Resource Center with Dr. Leah Bauer. The goal is to expedite recovery, eliminating the all-too-common waiting period to see a counselor for people in crisis.

"The next day, that opportunity might not be there," said Dr. Clark.

"We had someone walk through our doors who had overdosed three times in the past week," said Dr. Bauer. "That person can't afford to wait a week or four days to see me, so we sent her over to the emergency department."

In 2017, 418 people died of a drug overdose, according to the Maine Attorney General's Office. In the first three months of 2018, 65 percent of drug deaths involved fentanyl in some form, up 6 percent from last year.

"At least half of the patients I've worked with have almost died," said Dr. Bauer. "[The medications] eliminate withdrawal symptoms. They reduce cravings to a point when patients are able to enter into their own recovery journey."

Doctors have a screening process to determine which patients could benefit from the treatment. Regulations allow doctors to dispense three days worth of doses of buprenorphine. Doctors at Mid Coast give one day's dose at a time; the patient must come back to the hospital to get a second and third day's dose.

Dr. Clark calls the approach a good "tool in the toolbox," but said that a third key component to successful recovery is sustained peer support.

"The third leg is the recovery support and making sure that people have a recovery coach. It's the other 23 hours of the day -- what happens then?" said Clark.

Justin Reid, director of the Providence Place Sober Living, said he once struggled with prescription pills and heroin use, and that even on Suboxone, he felt the twice monthly meetings with a counselor were insufficient.

"I always did slip back into that eventually," said Reid. "If I didn't have the availability to get help immediately, maybe I wouldn't have had a second chance."

Bob Fowler, the executive director of Milestone Recovery, a 16-bed detox facility in Portland, praised the hospital's willingness to try the approach.

"It's critically important at a time like this," said Fowler.

Mid Coast is one of only a handful of hospitals nationwide trying this approach, including Boston, New York, Philadelphia, and Syracuse, N.Y.

Mid Coast began its program in October 2017, and said people are slowly learning about this option, and hope that when other hospitals start using this program, the doctors in Brunswick will already be years ahead.

"It may not be huge numbers, but it's a big impact," said Dr. Advani.