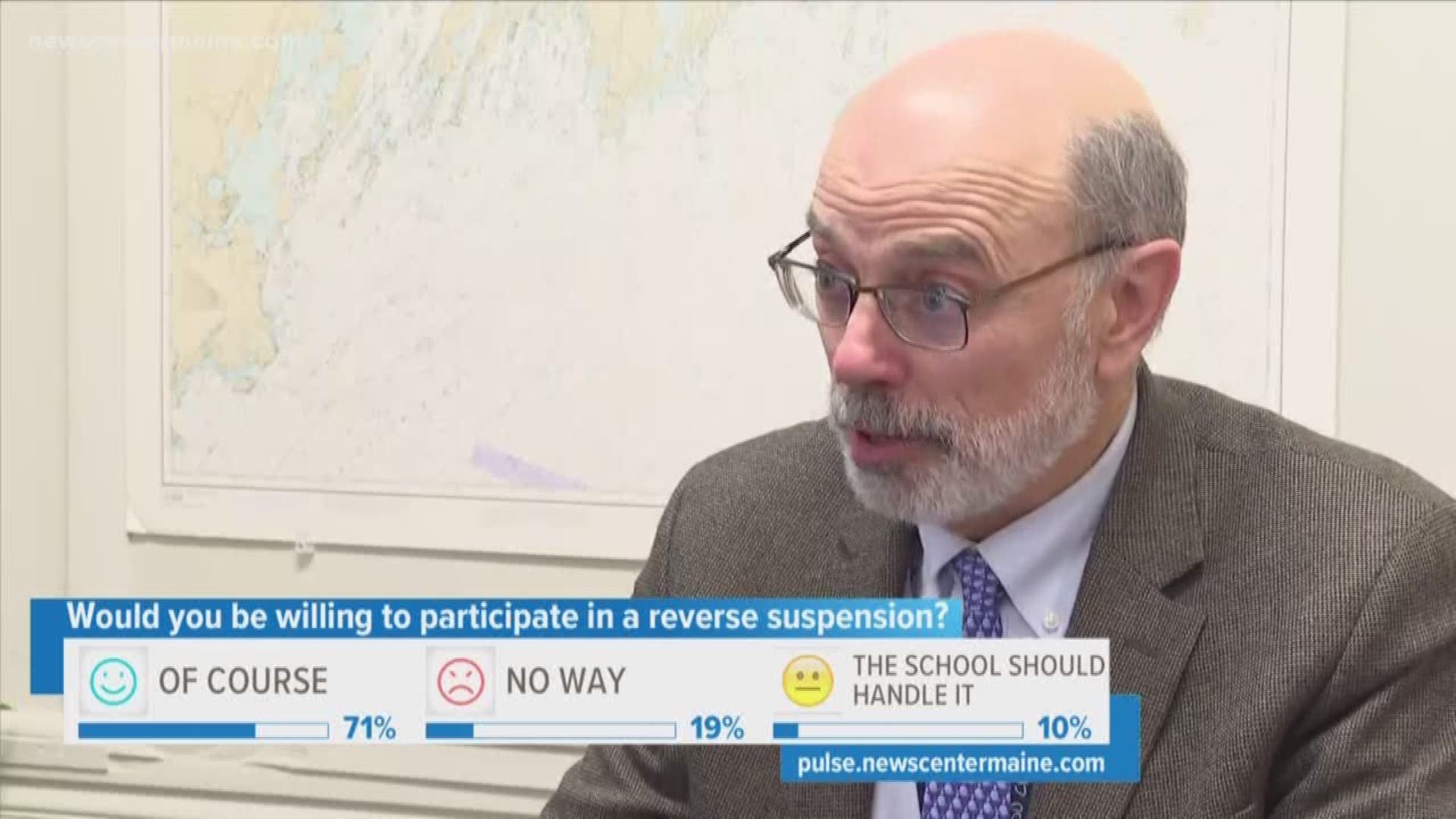 (NEWS CENTER Maine)-- Your kid gets in trouble at school and you, the parent, are a part of the punishment. It's been going on at a middle school in West Virginia with some tremendous success.

Would you be willing to take a day off from work and spend it with your child at school if it could help correct that child's behavior? At Huntington East Middle School in West Virginia, when kids get in trouble and are facing suspension, their parents are called. to come to school with them for a day.

Let's say a child gets suspended for 3 days. One day would be at home, then if your parent comes in and spends a day at school with you, the final day gets dropped. School officials say that since the program's inception, suspensions have dropped dramatically since most kids do not want their parents coming to school with them. But cooperation of the parents is paramount to the success.

There are no schools in Maine using the reverse suspension program, yet, but being open to new ways of combining learning and discipline is crucial.

"I don't know what kind of a response we would get here, I certainly know that that's the last thing that a student would want so it certainly has an interesting possibility associated with it" said Lewiston Superintendent of Schools Bill Webster.