If you don't fully understand what Ranked Choice Voting is - here's your chance: a simple, and funny way to 'get it.' 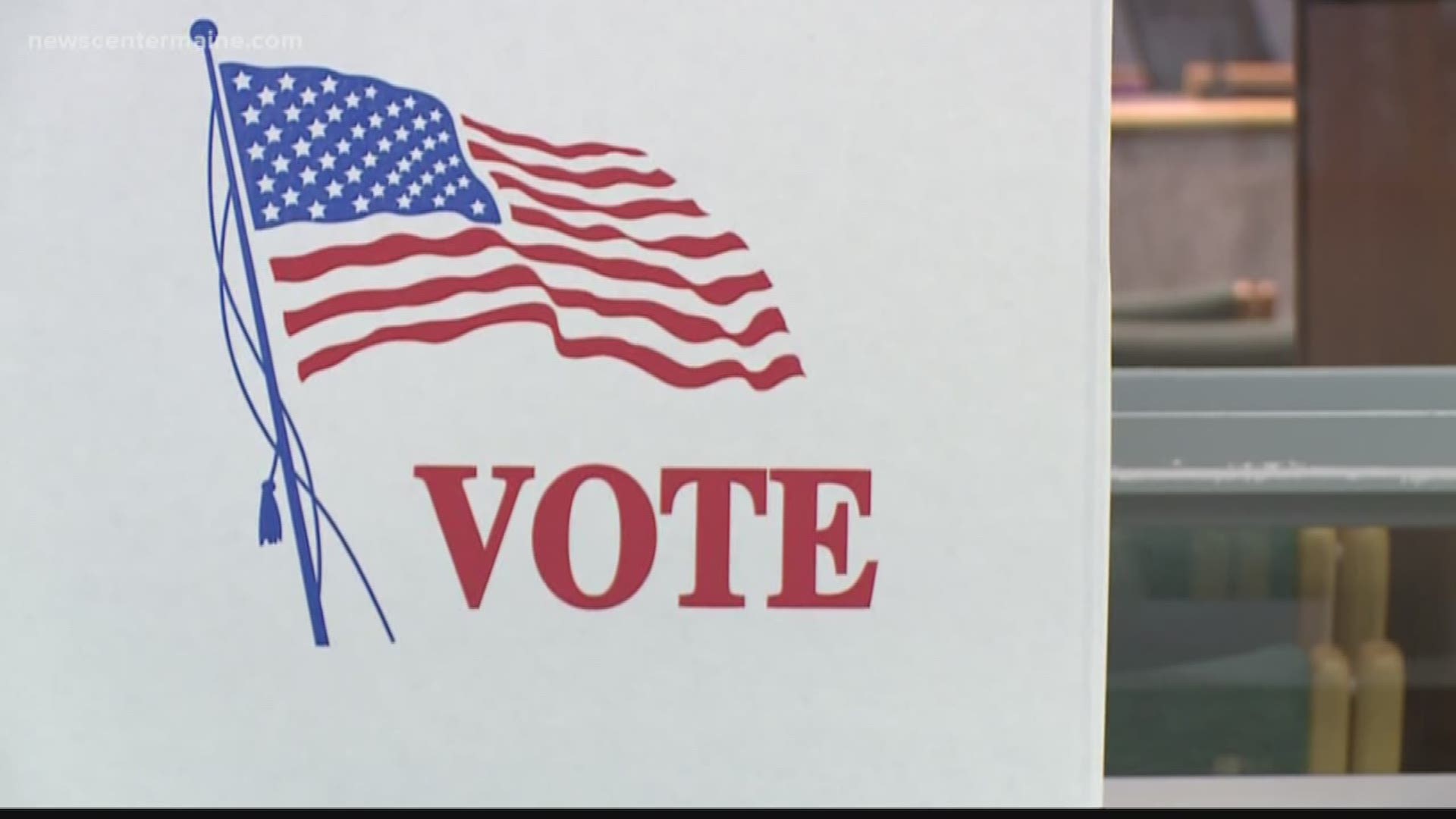 (NEWS CENTER Maine) - While the fate of Ranked Choice Voting in Maine is up in the air, there is still confusion surrounding just how this voting system would work in our state.

Let's say we have three candidates:

Voters head to the polls and rank their candidates based on preference – first, second, third.

That part is easy. It's when the votes are counted that the system gets a bit harder to understand. 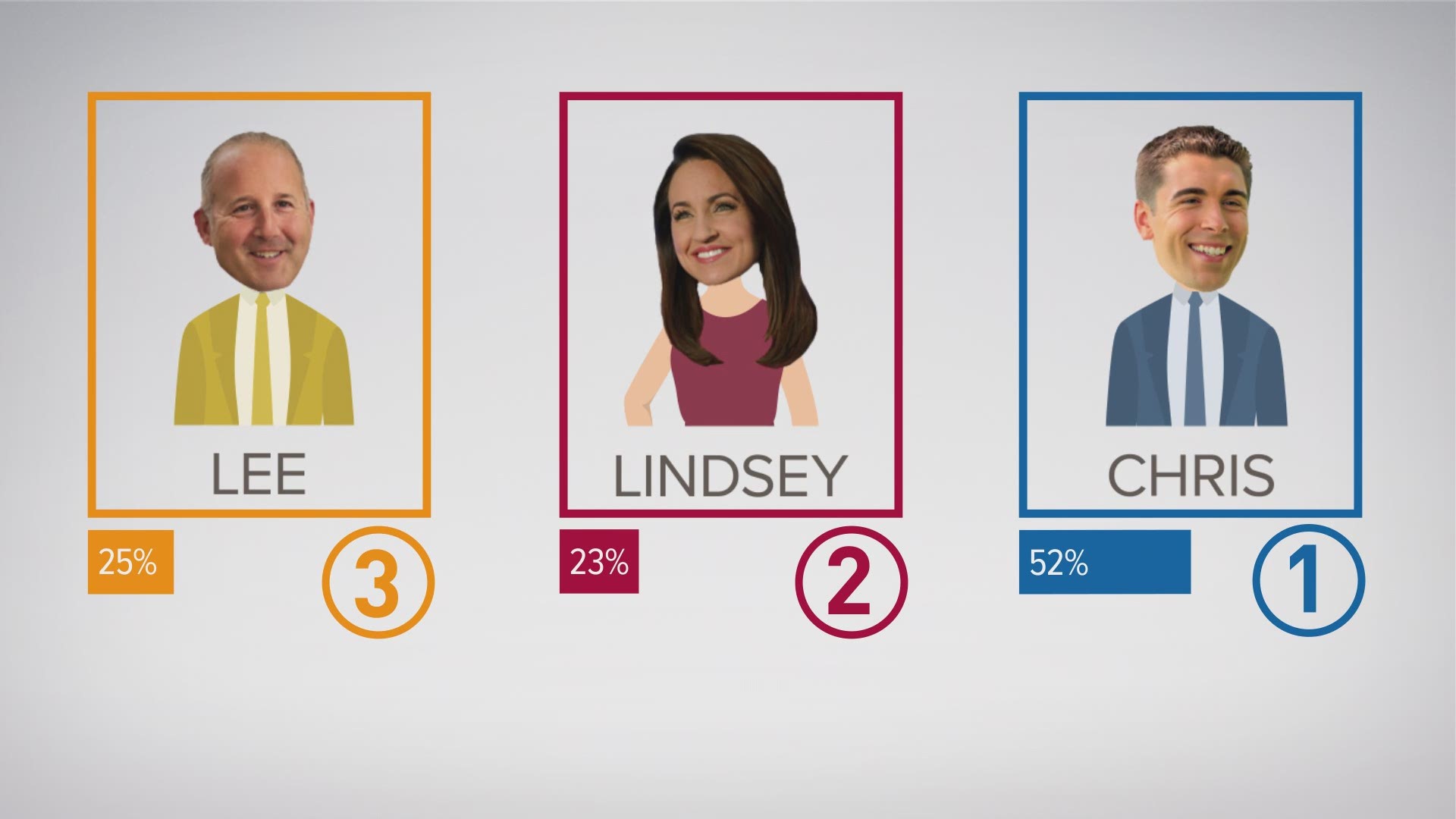 If Chris gets more than 50 percent of the first place votes, he wins. That's the end of it.

But let's say he doesn't – and instead, these are the results.

The person in last place – Lee – gets eliminated.

Now, anyone who chose Lee as their first choice will instead have their second choice counted as a full vote and redistributed to either Chris or Lindsey.

That changes the results. Turns out, most of Lee's supporters like Lindsey better than Chris. and now the results look like this.

So even though she wasn't the majority's - or the plurality's - first choice, Lindsey is your winner.

That is a simplified explanation of RCV - but obviously the vote counting can continue for 3, 4, 5+ rounds of people getting eliminated and votes getting redistributed, depending on how many candidates are in the pool.

As a candidate, you obviously want to be someone's first choice, but if you aren't - you definitely want to be their second or third.

The city of Minneapolis has been using ranked choice voting for almost 9 years - and the city clerk says he's seen a noticeable shift in campaigns.

“No one wanted to potentially lose the second or third choice voters from their competitors, and so the tone and rhetoric of the campaign was much more focused on policy and issues and priorities, what you would do as mayor, and less about the traditional attack ads against their opponents,” Casey Carl explained.

The rhetoric was so different, he says, that at one point in the 2013 mayoral debate, the candidates linked arms and literally sang "Kumbaya," refusing to insult one another out of fear of losing voters.

Carl says Minneapolis holds several voter education events before each election, and that surveys show that there is a growing understanding of the system.

In the first election after RCV was implemented, voter turnout dropped drastically, but has since reached normal turnout levels. The 2017 municipal elections had a 42 percent voter turnout, which Carl says is on par with some of the highest years.

Some concern exists about “gaming” the ranked choice voting system. Carl says if you try, it can backfire. He says the most common incorrect voting he sees in Minneapolis is when people put one candidate as their first, second, and third choice. It doesn’t work, though – and all votes after their number one choice end up eliminated. So if their number one candidate doesn’t win, their vote doesn’t count. 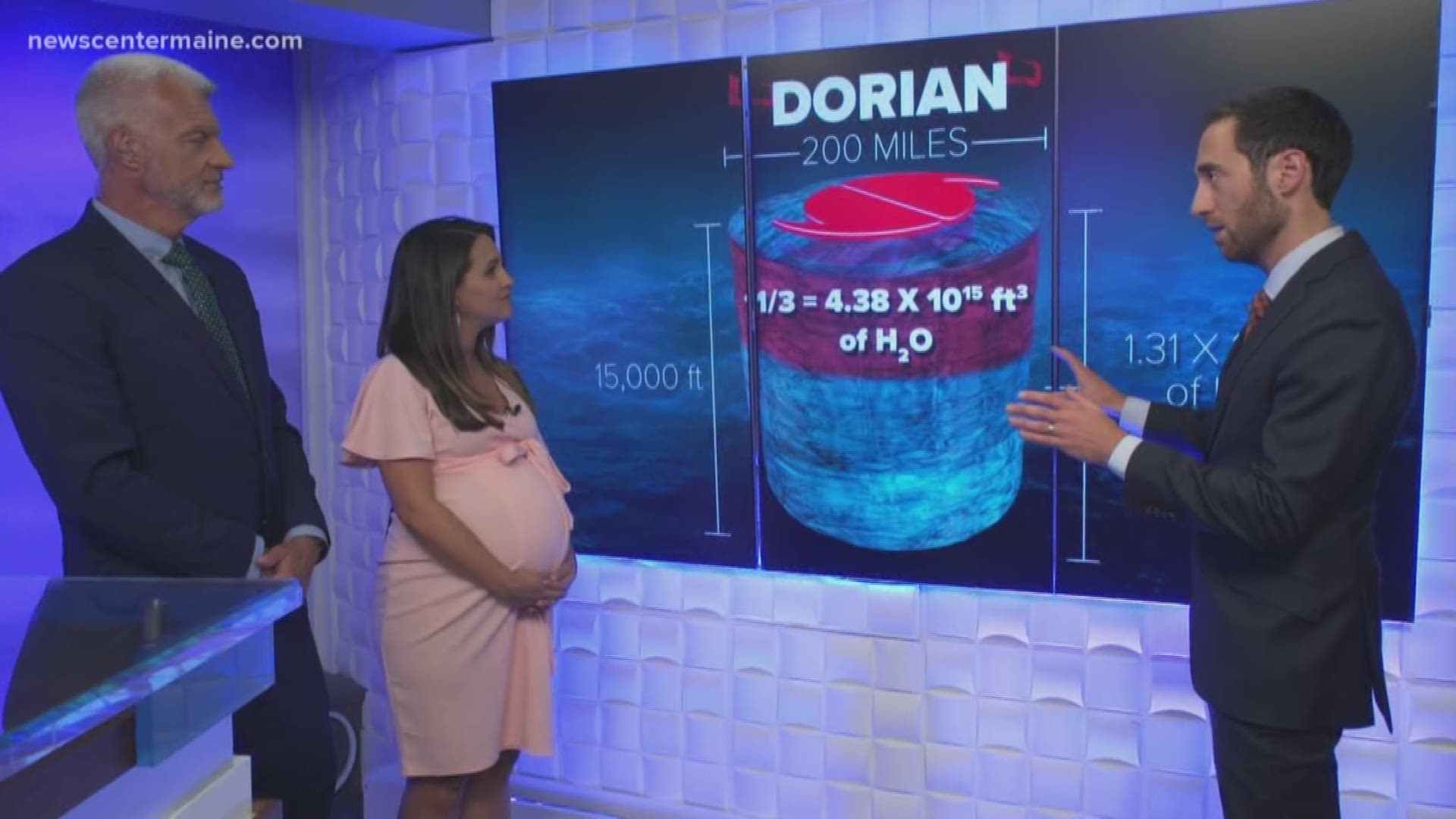