The hallmark of this winter has been these middling storms. Some snow, followed by rain, sleet, sludge. It’s made for ugly morning commutes. But how has it impacted the plow industry in Maine? Cameron O’Brien spoke to a man who owns his own landscaping company based in Portland. 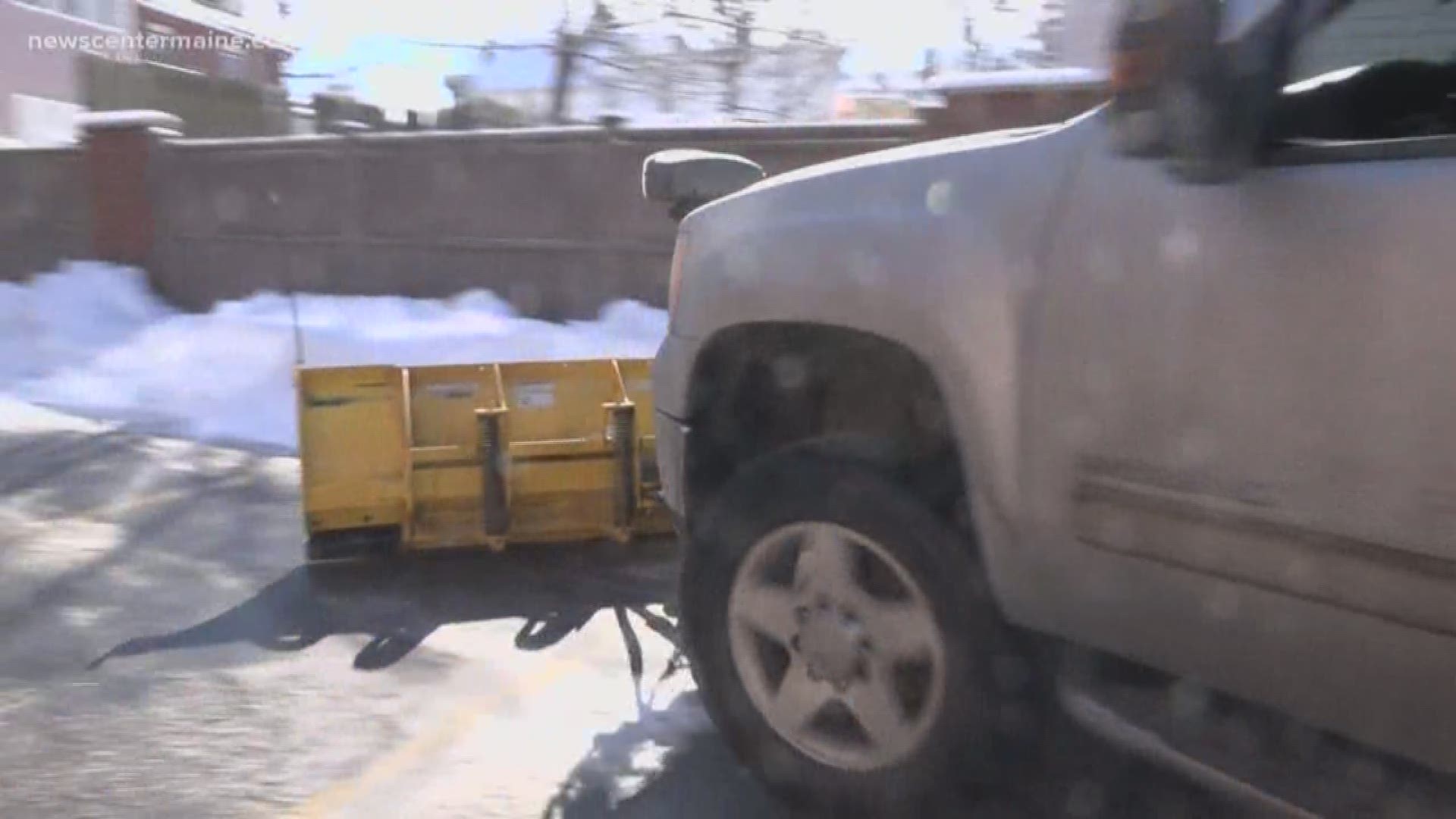 PORTLAND, Maine — You would think for plow-drivers, less snow would mean less work. But it turns out that’s far from being the case.

Dylan Knight has snowplowing down to a science. He's owned and operated Knight's Property Services for 14 years. He says of all his years in the business, this winter is one for the record books.

"This year has been especially challenging since none of the storms are pure snow, there always seems to be a mix involved," Knight said.

"We got 8 inches of snow with a bunch of rain on top of it, that snow was very heavy. It took three times as long if it was just powdery snow, so it’s more fuel, more wear and tear, more labor in that aspect," Knight said.

The timing of the storms makes the situation even more complicated.

"Every storm has been a morning commute type of storm so you’re under the gun to make sure a lot’s plowed for a business to open," Knight said.

While the quality of this year’s storms have been questionable, the quantity boosts the bottom line.

Knight says the industry standard in Maine is to be paid by the storm, or by the number of storms per season.

"A lot of our contracts have a capped amount so if they reach that it’s going to require a customer to pay extra," Knight said.

So all in all, it’s shaping up to be a good winter for plow-drivers in the Pine Tree State. But that doesn’t make the work any less draining.

"Every winter is always good for business in a way but the work’s never fun during it. I mean if every storm was powdery snow it wouldn’t be so bad. But this year is just none of that," Knight said.