New Maine lunch law: 'Who in the end will pay?'

By law, food shaming will not be allowed in Maine schools, starting next school year. It's designed to prohibit punishing, openly identifying or stigmatizing a student who cannot pay or who has payments due. 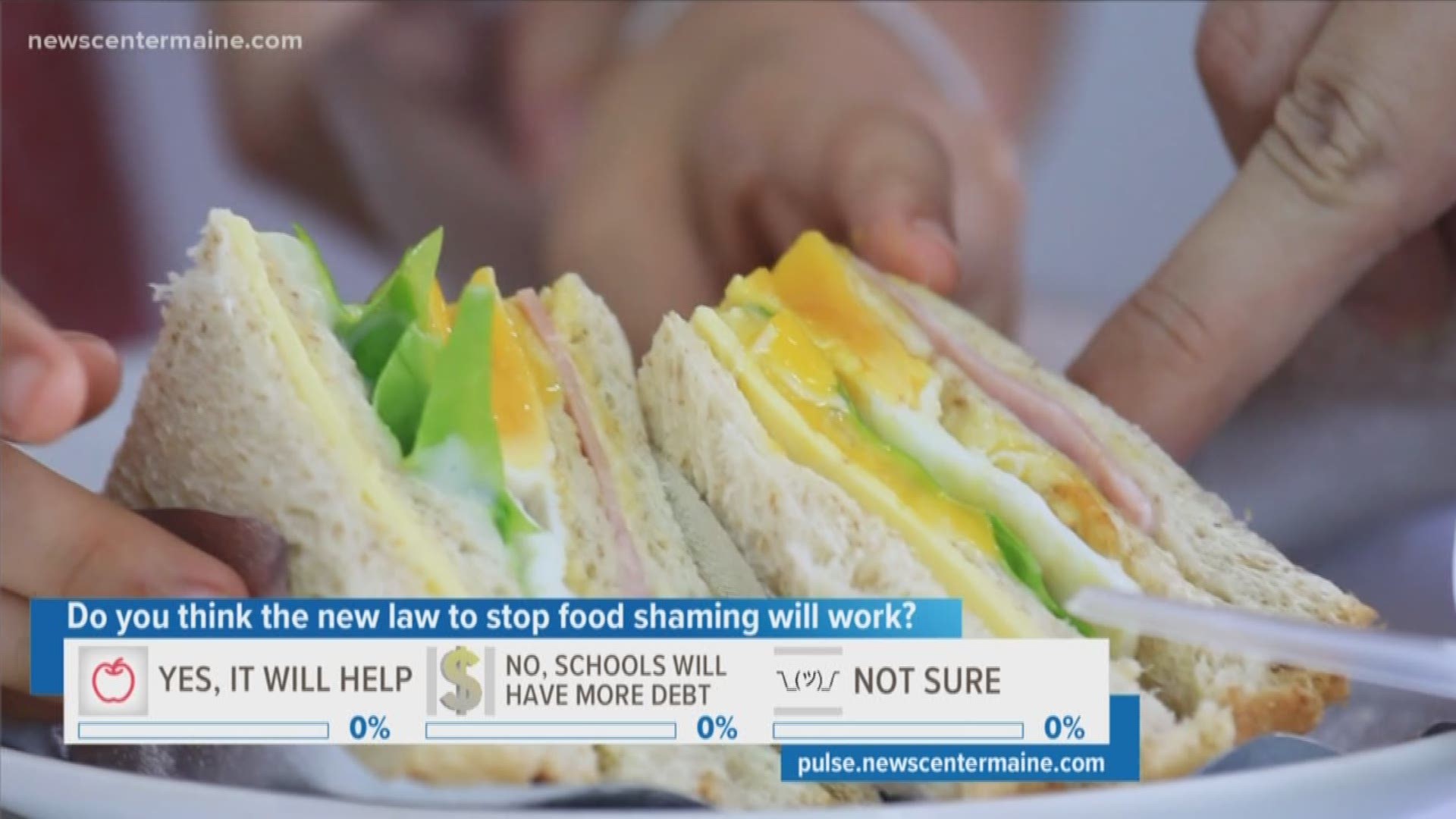 WINDHAM, Maine — "Our big concern here in this district and across the state is that this will cause student unpaid debt to just explode."

Jeanne Reilly is the director of school nutrition for RSU 14, which includes schools in Windham and Raymond.

That unpaid lunch debt is from the last two years.

Students in the district still get a meal even if they can't pay, but on one condition: the meal must include a fruit or vegetable.

For Lewiston Public Schools, students can get breakfast, lunch, or snack no questions asked. That's thanks to funding from the federal government.

But not all school districts have the same policies as RSU 14 and Lewiston.

In some Maine schools, if you can't pay, you don't get lunch or you get a set alternative. The concern? That set alternative identifies students who can't pay. Some people call that food shaming.

Parents are divided on social media.

Stephanie writes: "So sad on so many levels that a LAW had to be created in order for this to stop happening."

And Julia writes:  "Even kids who have the money will be getting free lunches. Makes no sense."

When similar legislation passed in Denver, Colorado the lunch debt soared from $13,000 to more than $350,000 in a year after parents stopped paying for lunches altogether.

The Legislature estimates Maine's mandate will have an unknown, "significant cost" statewide for Maine public schools.

"Who in the end will pay for that?" asked Reilly.