The Maine Emergency Management Agency is conducting an inventory of foams used by fire departments statewide, to see how much contains PFAS chemicals. 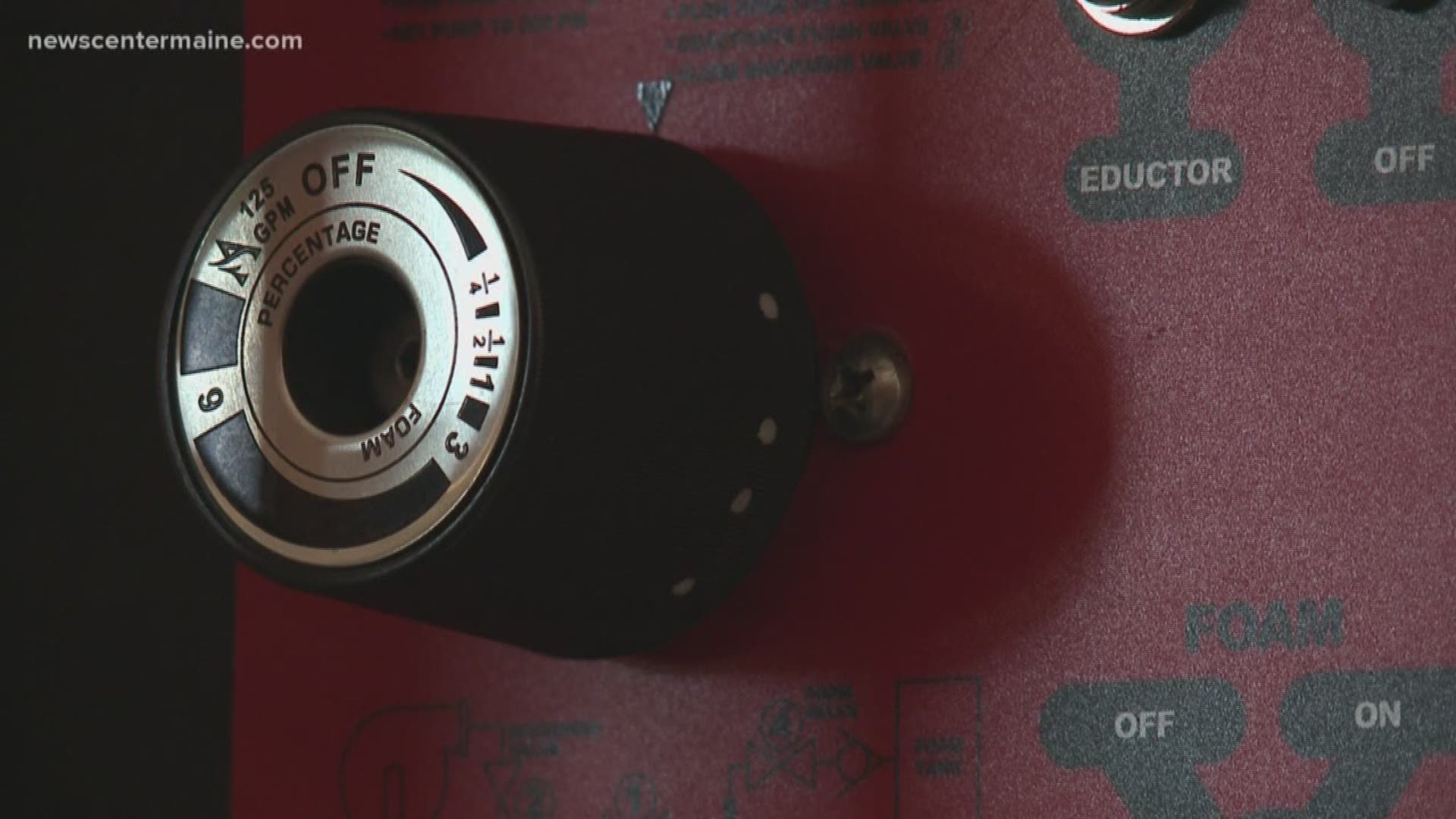 AUGUSTA, Maine — A working group created to uncover the amount of PFAS chemicals in foam used by Maine fire departments is taking its first course of action.

PFAS, or per- and poly-fluoroalkyl substances, are highly toxic chemicals found in some firefighting foams. The so-called "forever chemicals" don't break down and accumulate over time, according to the Environmental Protection Agency.

According to the EPA, there is research to support a link between PFAS exposure and adverse health outcomes, like cancer, low infant birth weights, and effects on the immune system.

The Maine Emergency Management Agency is surveying fire departments statewide to conduct an inventory to see how much foam contains PFAS compounds.

Not all types of firefighting foams contain PFAS.

According to Susan Faloon, MEMA's public information officer, this survey will be looking specifically for Class B firefighting foam which is used by facilities like guard bases and airports to put out chemical fires. Class B foam contains what's called, AFFF, and that contains PFAS chemicals.

"We use firefighting foam for liquid fires," said Captain Robb Couture of the South Portland Fire Department. "It's really hard to put out a liquid fire with plain water so what foam does is it acts as a blanket between the fuel and the air and takes the oxygen away and thereby extinguishes the fire."

"When these chemicals are used, which they are very effective at putting out these large chemical fires, however, then they may potentially contaminate the air, the soil, and the water and we're actually seeing long-lasting impacts from that contamination," said Faloon.

"Unfortunately right now it's the best tool we have for those types of fires," said Captain Couture.

The survey will be sent to every fire department in the state, including volunteer departments.

"That survey is going to take a look at who still has these chemicals on site, how much do they have, where have they used the chemicals," said Faloon.

Similar efforts in other states to take inventory of firefighting foam containing PFAS have led to voluntary take-back programs, as one way to mitigate contamination.

"Right now we're looking at some programs that have taken place in Massachusetts, Michigan, and Connecticut," said Faloon. "Certainly other states have led the way on this....there are some good models out there and we do intend to take a look at those and potentially incorporate some of those best practices into what we do."

In March, Governor Janet Mills created a PFAS Task Force. The working group is a subgroup of the larger task force. Members are working to identify contamination sites in Maine and come up with solutions to mitigate the impacts of exposure.

The subgroup is made up of the State Emergency Response Commission, the state fire marshal, the Maine Fire Chiefs Association, the Department of Environmental Protection, the Maine State Fire Training Academy, Bangor International Airport, Portland International Jetport, the State Petroleum Operators, and the National Guard.

The initial meeting of the subgroup is happening at MEMA's office in Augusta July 16th. They anticipate the entire process of administering surveys, gathering information, and coming up with recommendations for the state task force to take several months.