Five employees at Wayfair's Brunswick location were greeted by more than a dozen community members when they briefly walked off the job Wednesday afternoon. 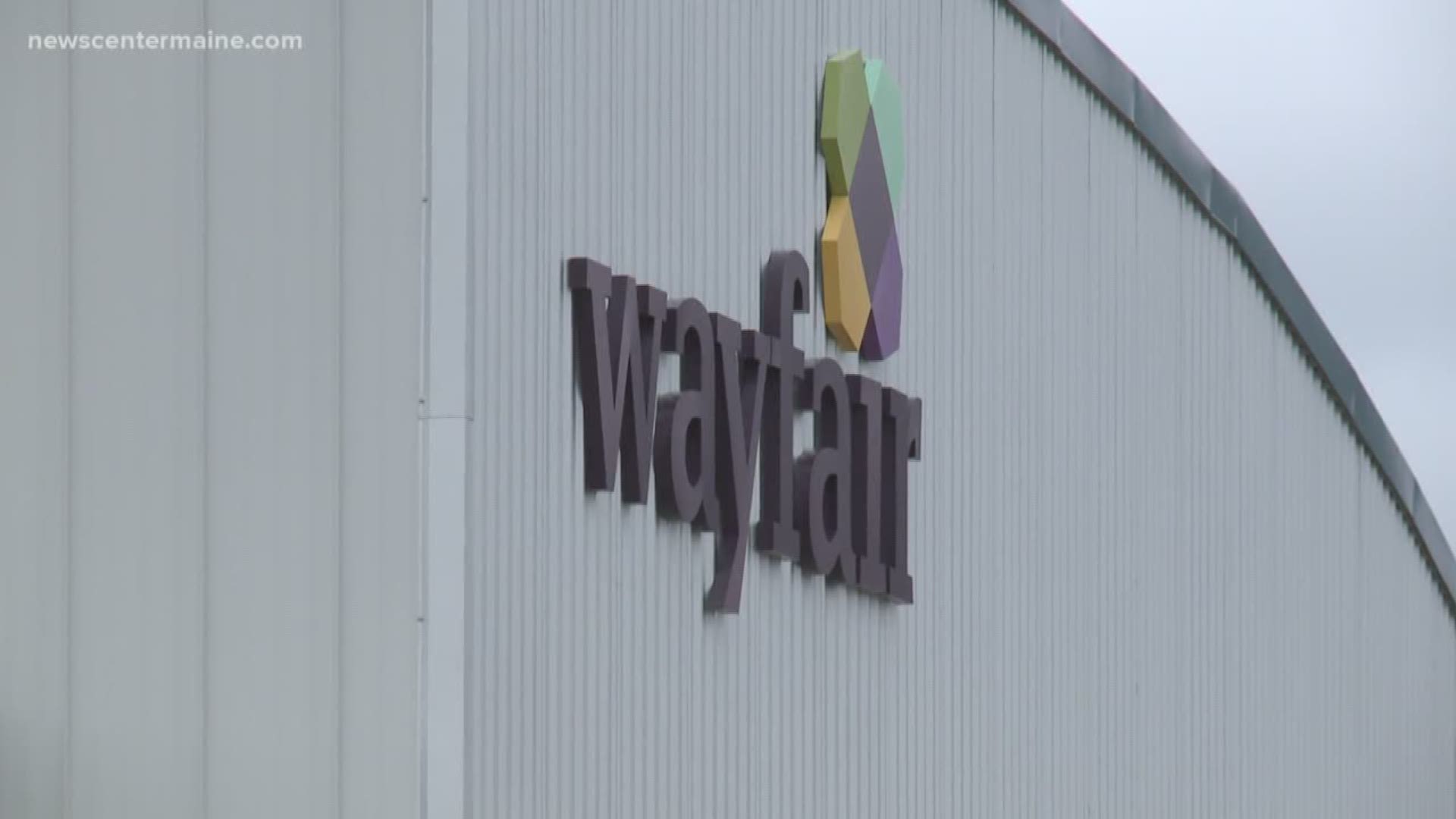 BRUNSWICK, Maine — Employees of Wayfair, a home furnishing company, held a walkout Wednesday to protest a government purchase of bedroom furniture to be used at a detention facility for children at the U.S. border in Texas. Most employees participated in Boston's Copley Square, near the company's headquarters.

On social media, some showed support for Wayfair workers. Others defended the business, saying it's up to Wayfair to decide who it does and does not sell goods to.

Five employees at Wayfair's Brunswick location were greeted by more than a dozen community members when they briefly walked off the job Wednesday afternoon.

"These children belong in homes not cages and it's time for people to stand up," said Jenn Nappi, who was among the people who don't work at Wayfair but felt compelled to show up.

Hundreds of employees sent a letter to Wayfair, which was shared on Twitter, expressing concern over a recent $200,000 order destined for a facility that quote "will be outfitted to detain up to 3,000 migrant children."

According to employees, Wayfair responded saying it is proud to have an engaged team and quote "we believe it is our business to sell to any customer who is acting within the laws."

Meanwhile, it was a different scene Wednesday afternoon in Boston's Copley Square where hundreds turned out. However, it's unknown how many were actually Wayfair employees.

Wayfair confirmed to NBC News it donated $100,000 to the American Red Cross.

Wayfair also has a Bangor location. No employees walked out there Wednesday afternoon.