The world mourned the death of Mars rover 'Opportunity' last week. NASA stopped its attempts to contact the rover on February 13 after they initially lost contact with the rover in June following a severe dust storm. A Mainer was one of the principal investigators on that mission. 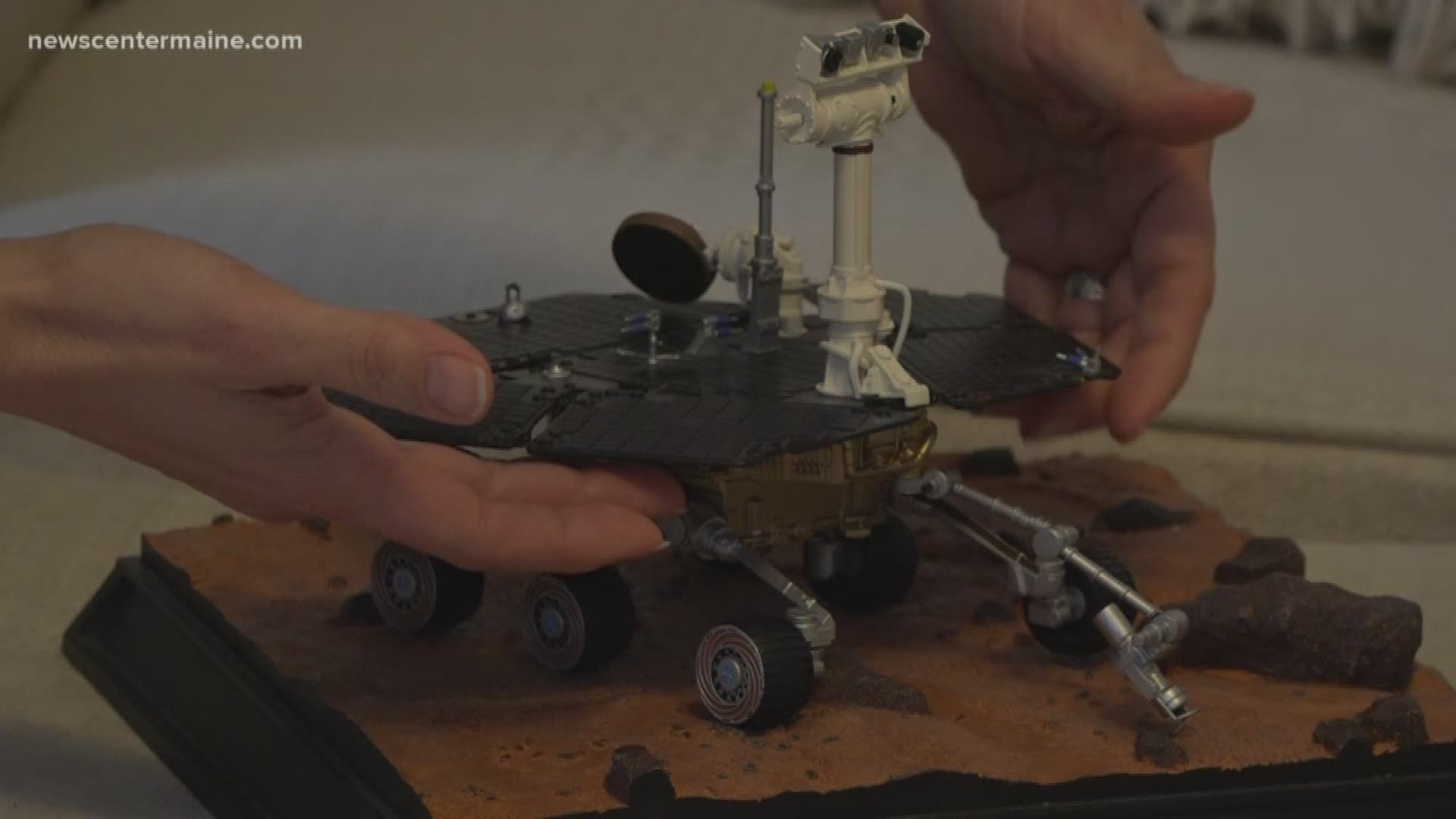 "I have the best job in the whole world, and there is no day where I am working on one of the rovers that I don't realize that," Yingst said.

She’s a senior scientist with the Planetary Science Institute and partners with NASA's Jet Propulsion Laboratory on the Mars rovers.

"Opportunity really made me professionally. I went from being a second string participating scientist back in 2005 to being the associate principal investigator last year," Yingst said.

Opportunity, known as 'Oppy' for short, was deployed to Mars with Spirit, her twin rover, in 2004. A geologist by trade, Dr. Yingst worked 24/7 with fellow scientists and engineers, analyzing the data Oppy sent back from Mars and planning her next move.

"Follow the water. That was the shorthand for their missions -- to determine in two places on Mars whether there might have at one point been water, water being a key ingredient we believe for life," Yingst said.

A global dust storm in June marked the beginning of the end for Oppy. The rover used solar power to survive, but the dust storm made conditions unbearable. On Wednesday, Feb. 13, NASA stopped its attempts to contact the rover, ending her mission.

"After 14 and a half years, we’re not thrilled about it. But we ran her into the ground. She did everything we asked her to do and more, and it took the worst dust storm we have ever seen on Mars to finally kill her," Yingst said.

But there is more exploration to do. So that’s where 'Curiosity', the current rover, and '2020', the future rover, come in.

"Curiosity is designed to explore the idea of habitability. 2020 is a rover that will be meant to look for what are called bio signatures. We’re hoping that 2020 will be the next step, and the follow-on mission will be actually bringing samples back -- well chosen samples from Mars," Yingst said.

And, of course, being a Mainer in the mix, Dr. Yingst found a way to honor the Pine Tree State on the "red planet".

In a section of Curiosity’s travel path, everything is named after something in Maine.

"If you google Ogunquit, you will get both Mars and Maine. You’re welcome," said Yingst.