A fire department thousands of miles away is calling a Maine man a hero. 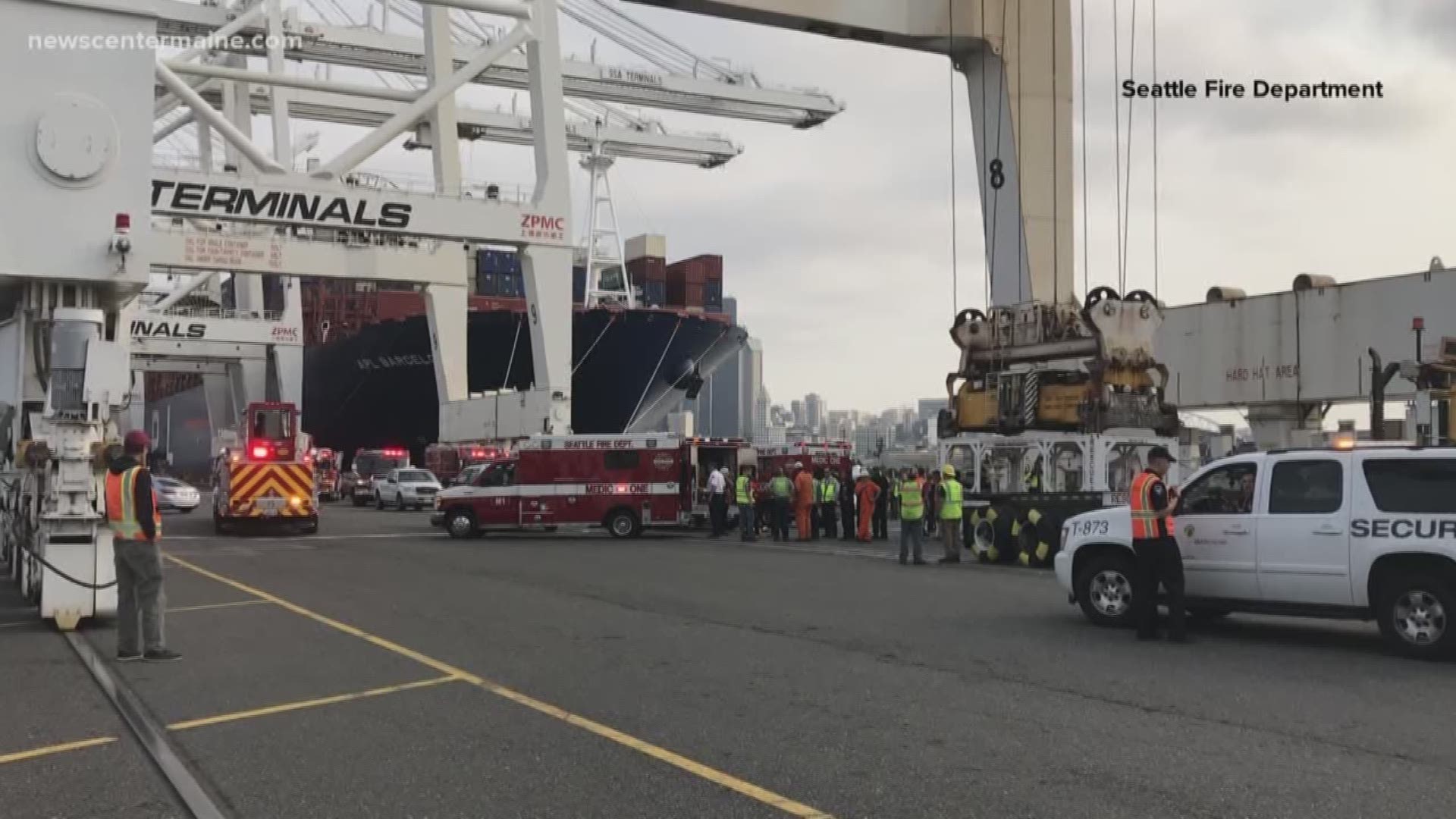 SEATTLE, Washington (NEWS CENTER Maine) -- "I'm coming home from work early today, I'll explain later." That was the text Jason Maxwell sent to his wife Monday morning. He sent the message from the Port of Seattle, where he works as the manager of vessel operations, after paramedics checked him for hypothermia. He had gone into the water to save a man, who authorities believe fell from a cargo ship.

"I always brought my kids up to treat people the way they want to be treated, and I guess Jason took it to the max this time," said Linda Maxwell, Jason's mother.

Jason Maxwell, an army veteran, grew up in Westbrook and moved to Seattle four years ago.

"I yelled for someone to go get a life vest or a ring and I looked around and no one else was there," he said. "So I figured I had to do something, so I dove in and swam out to him."

Just before 9:00 Monday morning, Seattle Fire got the call of two people in distress the water near Harbor Island.

Fireboat and medics responding to 2400 Blk. of 11th Ave. SW for report of two people in water who were in distress. Private boat has picked up the two patients.

As his instinct kicked in, he kicked off his shoes and jumped in.

"By the time I got to him he was maybe five, ten feet down under the water. I grabbed his uniform and that's when I realized he was a crew member."

Help arrived and the man, whose name was not released, was taken to the hospital. Maxwell was checked out by paramedics, and cleared to go back to work.

"I mean the water was really cold I'm not going to lie," he said. "But I'm fine today."

"Minutes do count," said Kristin Tinsley, Public Information Officer for the Seattle Fire Department. "So if he had been in the water for longer the outcome may have been different."

Seattle fire officials say he did the right thing.

"The fire chief definitely wants to thank him for his heroic actions that he showed yesterday and we're very grateful, and the patient is as well," she said.

Meanwhile, his mom is coming to terms with the news, thousands of miles away.

She was just in Seattle, to visit Jason and his wife and their little one, a new addition to the family.