Sister Patricia Mooney, the chaplain of Northern Light Mercy Hospital, made a point to share a cookie cake with every member of the system Wednesday, even if they didn't work at the State Street Campus. What she was most proud to share though, was the story of the hospital’s inception a century ago. 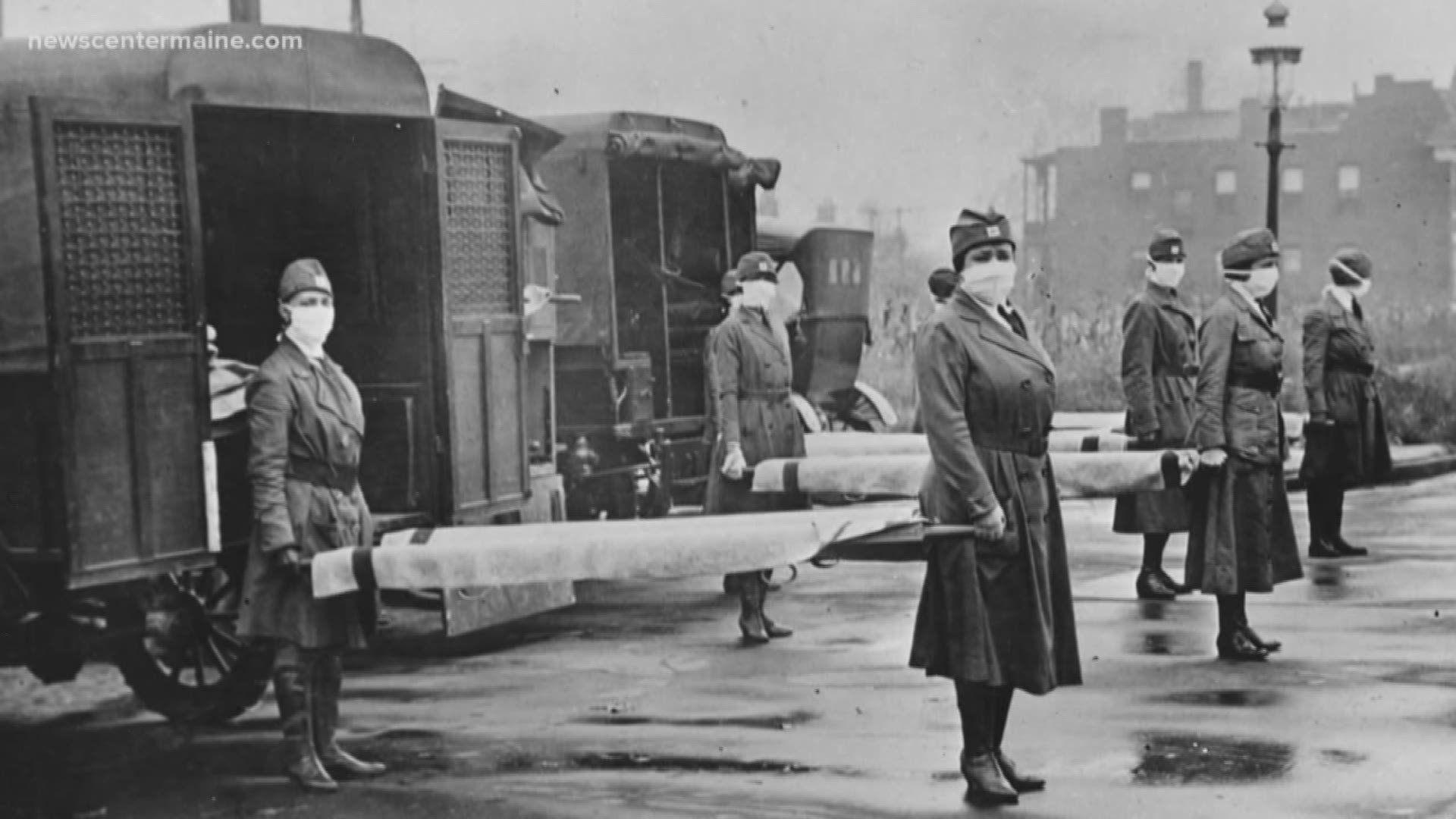 It was a time when people were dying from the Spanish flu all over the world. In 1918, Maine was no exception. In Bangor alone, more than a thousand people had the flu. There was a dire need for hospital beds and the Sisters of Mercy took charge a century ago.

The Sisters of Mercy opened Queens Hospital on Dec.12, 1918. This, at a time when the Spanish flu was raging all over the world. Portland was one of the hardest hit areas in Maine.

“Within a short period of time it exploded, and we needed more space and then we needed more space,” said Sister Patricia Mooney, Hospital Chaplain of Northern Light Mercy Hospital. “But the initial [mission] was to take care of those who would be dying if it weren’t for our help."

Sister Patricia Mooney has served many roles in her 55 years at what’s now known as Northern Light Mercy Hospital. On Wednesday, the hospital’s 100th anniversary, she was proud to share the story of when it was founded.

“I told the story over and over again as if people had never heard it before or if people wanted to hear it again,” she said.

For those curious to hear more about the story and see photos of the hospital’s early years, there’s now an online museum dedicated to it, thanks to a partnership with the Maine Historical Society.

“A hundred years is quite an accomplishment,” said Melissa Skahan, Vice President of Mission at Northern Light Mercy Hospital. “And quite frankly it would not be here if it weren’t for the courage and charisma of the sisters of Mercy.”

Skahan says there’s more to this exciting time. The State Street campus will soon be on the move. They are working on a formal plan to move to a new campus on the Fore River Parkway and the old building will be repurposed.

“We will submit our certificate of need to the state this fiscal year, so coming up very soon,” she explained. “And that will begin a year of planning and then construction takes a while in a hospital.”

She expects the transition process to take a few years.