Depending on where you live, interns will be inspecting your recycling this summer. It's an effort to crack down on contaminated recycling and it could save communities tens of thousands of dollars. 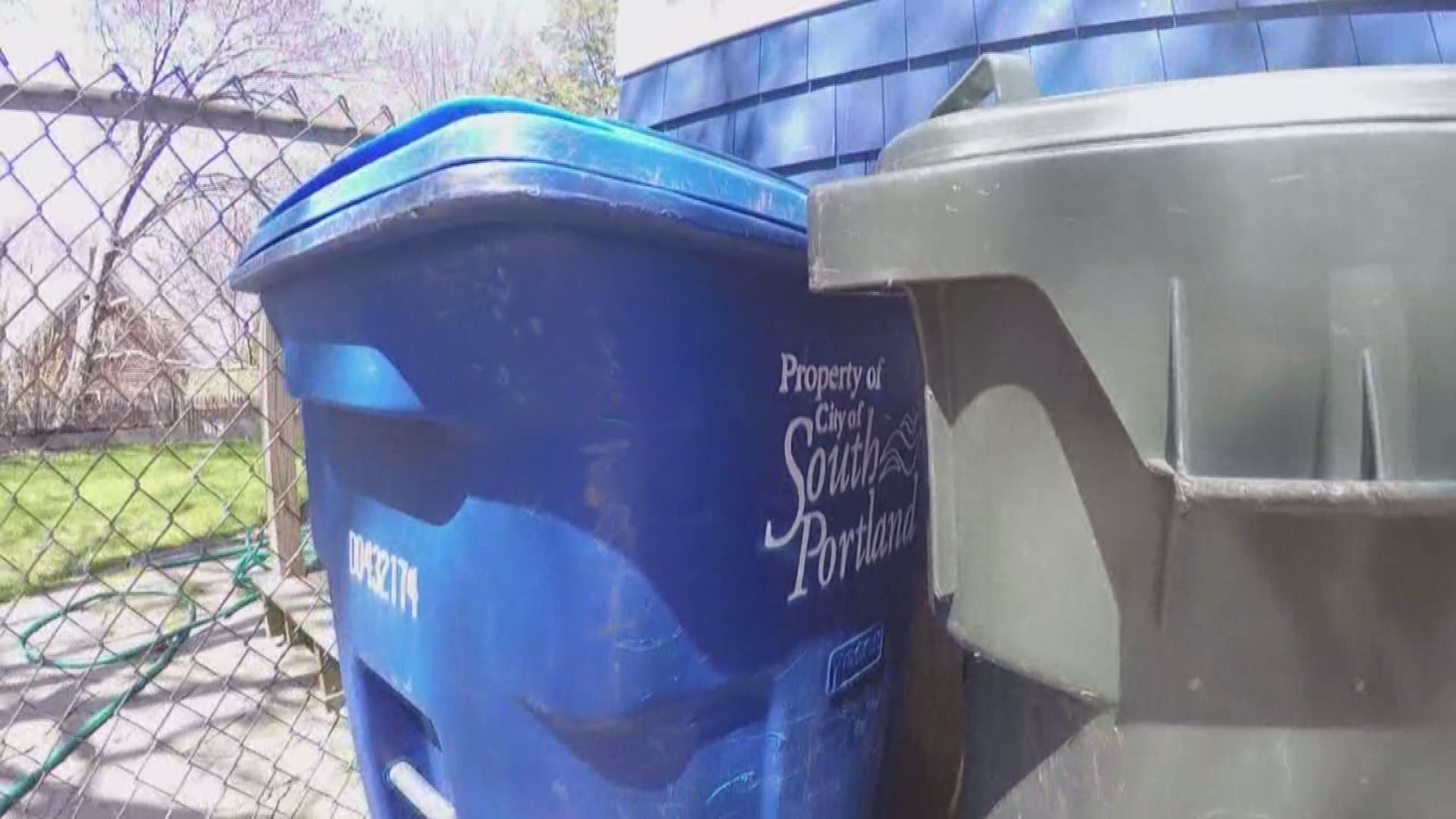 SOUTH PORTLAND, Maine — Right now, finding a summer job or internship is at the top of the to-do list for many high school and college students.

Good news for Mainers, there's a new internship opportunity that will launch in June. It's the result of four communities joining forces to find a way to tackle the issue of contaminated recycling.

Leaders in Falmouth, Scarborough, Windham, and South Portland have hired four summer interns to inspect residents' recycling. They'll also help educate folks about what can and can't be recycled.

Residents in all four communities will receive a letter in the mail before the program officially begins. Starting in June the interns will label bins by color: a green tag will indicate all items in the bin can be recycled, a yellow tag will show if a few items have been misplaced, and a red tag will be placed on bins that have too much contamination and won't be collected that week.

This is in response to added recycling costs for several Maine communities.

"Some have very low contamination, others are working on it," he said. "Our average is around 11% right now, which we're working with communities through education to try and drive down because at that average rate it is costing some communities."

In Scarborough, added fees for contamination only, not for processing, reached $10,000 in the month of January alone, according to ecomaine.

South Portland's sustainability director, Julie Rosenbach, estimates added recycling costs could amount to roughly $100,000 this year. She says those added costs will not be passed on to residents however the funding will come out of other areas of the city's budget.

"In South Portland there is another way around that," said Brennan. "We have a city-wide food waste recycling program and residents can use plastic bags to bag their recycling and put them in the [available] food waste bins and then when that food waste gets transferred the plastic bags come out."

South Portland residents can also utilize the South Portland Recycles app. It allows you to look up which items can and can't be recycled.