Gluten Freedom: Bam Bam Bakery an oasis for the allergy-prone

NOW team member Cameron O'Brien is a self-proclaimed foodie with a nasty set of food allergies (gluten, dairy, and soy). She's on a mission to find allergy-friendly eats in the state. Cam kicked off her tour with Bam Bam Bakery in Portland, a haven for the gluten-free. 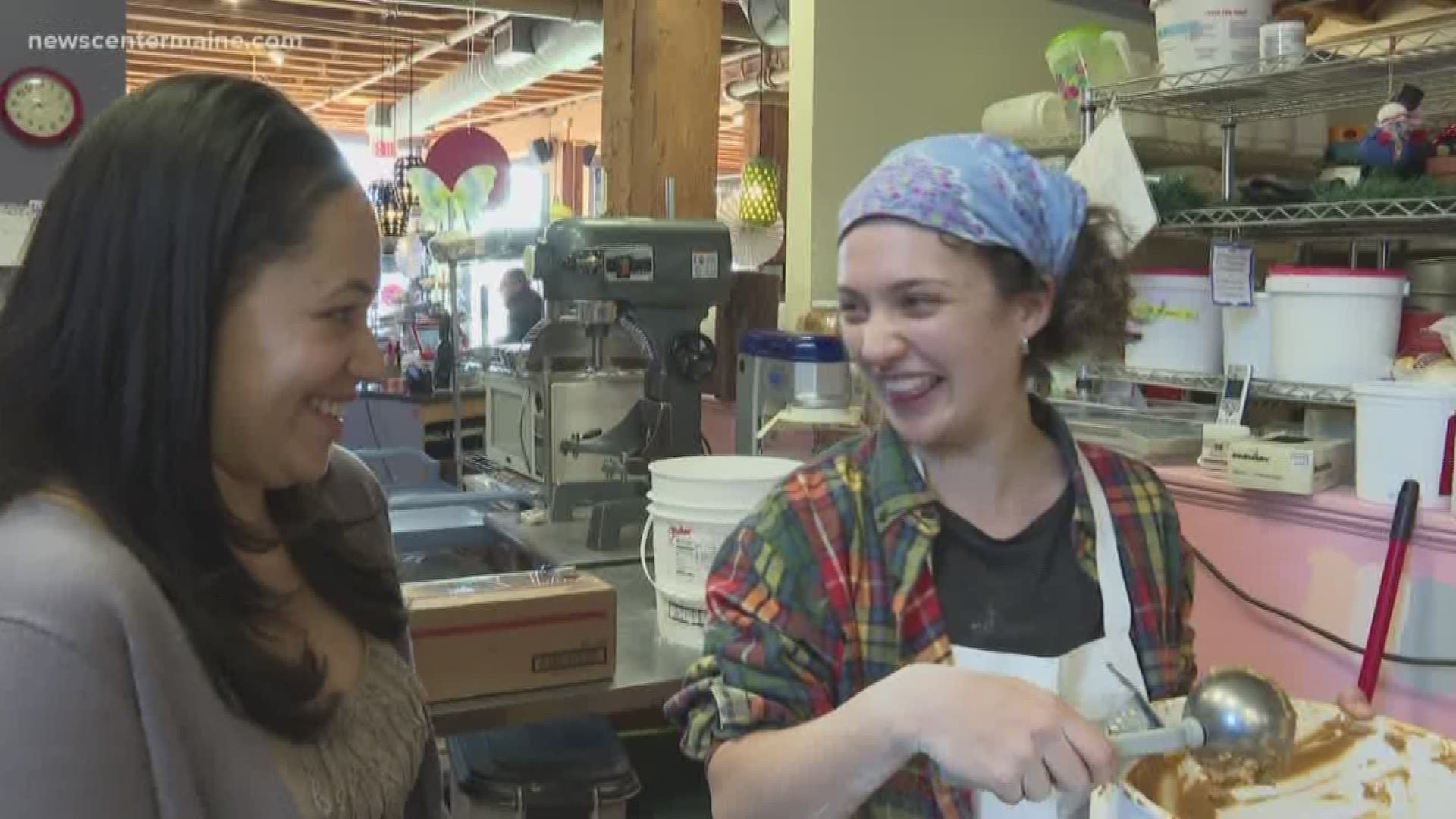 PORTLAND, Maine — Gluten free. Many people know that diet as a cosmopolitan fad, but for me, it's a mandatory lifestyle.

I was diagnosed with a gluten allergy at the ripe old age of 15. Dairy followed suit at 17, and soy at 21. Ever since then, I've struggled to find restaurants, or food in general, that tastes good and doesn't make me sick.

So, I've embarked on a crusade of sorts, to find and highlight allergy friendly spots across Maine. First up, Bam Bam Bakery: a gluten free gem in the heart of Portland.

But let's back up for a second. What is gluten anyway? To find out, I went to an expert: Kyle Fagnano, a registered dietician who owns Strata Nutrition in Portland.

"Gluten is a protein that is in wheat, barley, and rye. It gives the chewy consistency of things like bread," Fagnano said.

Fagnano and I fall into the group of people that have a non-celiac gluten allergy.

"They don't have an autoimmune disease, the lining of their intestinal tract is not being destroyed by the gluten, but other symptoms are manifesting as a result. Symptoms that range from headaches to joint pain, nausea, and everything in between.

Magical, indeed. When I walked into Bam Bam Bakery in Portland for the first time over the summer, a choir of angels started singing in my head. Bam Bam opened in 2012 as the first dedicated gluten-free bakery in the state. Tina Cromwell took over the reigns of the bakery in 2017. She was first introduced to Bam Bam as a customer.

"The things that the owner was putting out, the cakes and the cinnamon rolls, they were genius. And every time I came in, it was like 'oh, I want to try this, and I want to try that."

Cromwell has a non-celiac gluten allergy too. That's why she says she's determined to create sweet and savory treats that stand out from the pack.

"We want to make things that taste really good, that make people not miss what they used to have, and I think we're doing a really good job," Cromwell said.

Cromwell's daughter Michela Micalizio agrees. She says her favorite part of working at the bakery is watching how people react to finding gluten freedom.

"People come in and say 'do you have anything that is gluten-free?' and we tell them that everything is gluten-free. They say, 'everything?' And we say, 'yes, everything!' But especially the little kids, they point and say 'can I have that?' and the mom says, 'yeah, you can'. It's always such a relief for people with a sweet tooth," Micalizio says.

So, what's next for Bam Bam? Aside from gluten-free world domination... kidding! Tina Cromwell says expanding their brand is definitely a goal. But, right now, they're happy making Mainers happy.

"We're pretty siked with where things are and of course, I'd love to make it a household name," Cromwell says.