"Thoughts and prayers are not enough" - that's the premise behind a national protest that is making its way to Maine. 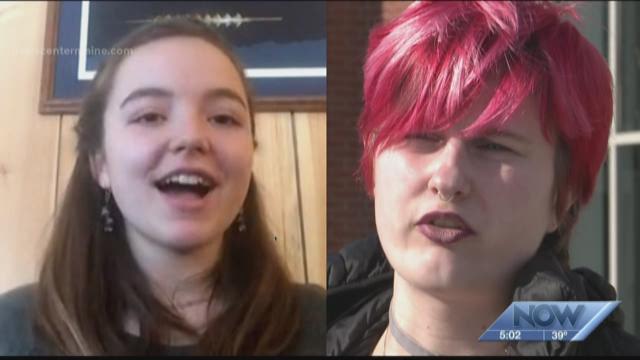 (NEWS CENTER Maine) - Four Maine high schools plan to participate in a walkout that is sweeping the nation.

The hashtag #NationalSchoolWalkout is spreading online. It's a protest sponsored by the Action Network, the organization behind the Women's March.

The premise behind the walkout is that "thoughts and prayers are not enough" when it comes to school shootings. "We need action. Students and allies are organizing the national school walkout to demand Congress pass legislation to keep us safe from gun violence at our schools, on our streets and in our homes and places of worship," the website reads.

The walkouts will take place on March 14th at 10 a.m. They will last 17 minutes, to represent the 17 students killed by a gunman at a high school in Parkland, Florida.

RELATED ► Florida shooting is the 6th to injure students this year

The walkouts at Casco Bay High School and Thornton Academy were both organized by freshmen.

"It's turning into a very sad reality for my generation," said Tasha Hipple, a freshman at Casco Bay High School. "That's why I want to make a change." She says her parents raised her to be politically aware and active. At 14, she can't vote, but she says she can make a difference with events like this walkout. "I am extremely disappointed in adults," she said. "There are a lot of adults that aren't taking responsibility for what's going on and saying, 'Oh there isn't much I can do, so I'm just going to let it happen.'" She believes it's up to her generation to make a difference.