Despite accusations of sexual abuse and an ongoing trial, a group of Kennebunk High School teachers are sticking by their coworker: Jill LaMontagne. 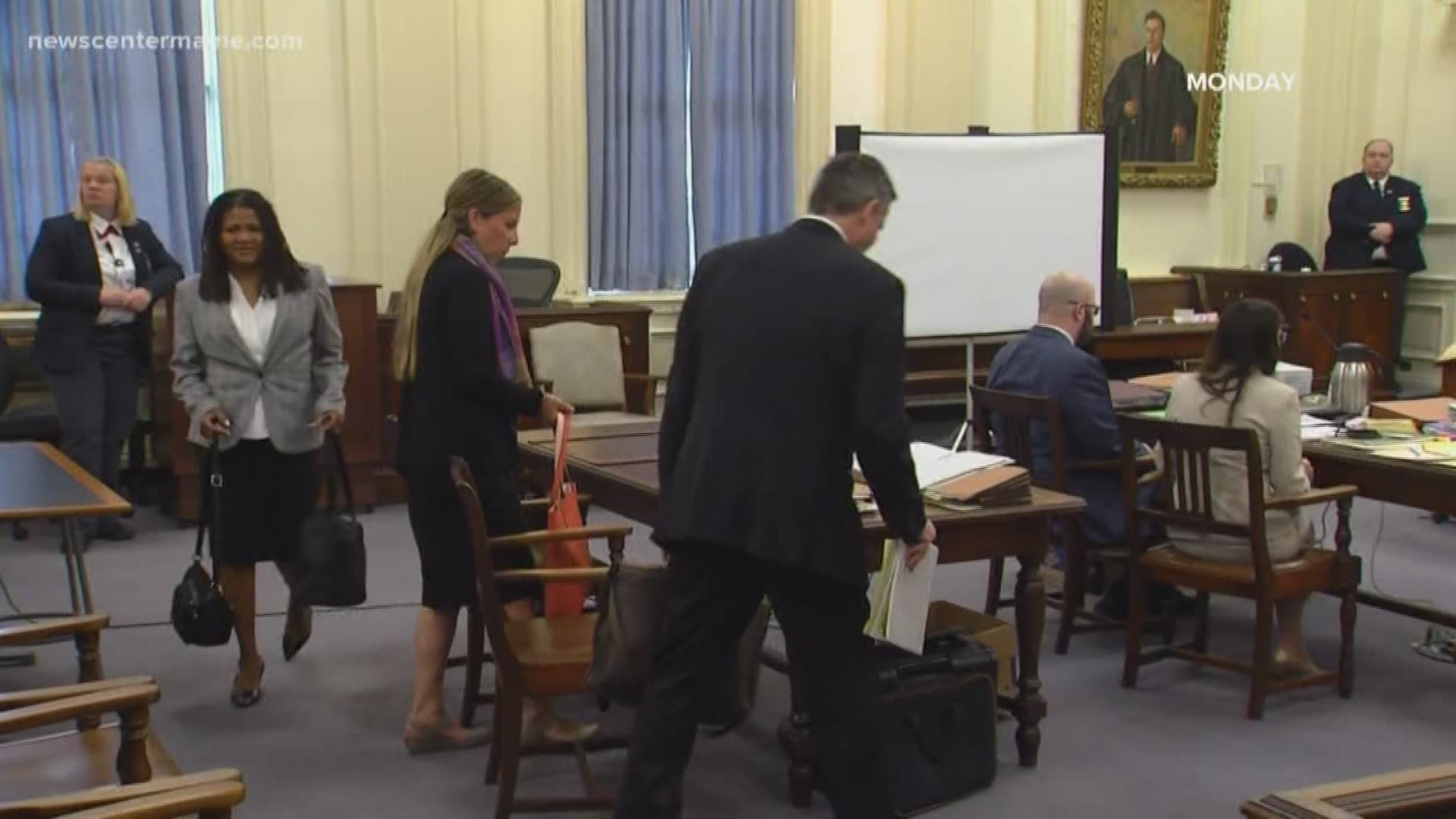 ALFRED (NEWS CENTER Maine) - Every day in the trial of former Kennebunk High School teacher Jill LaMontagne, a group of about a dozen coworkers shows up to support her.

LaMontagne is accused of having a romantic and sexual relationship with a minor while he was her student.

A group of her coworkers is convinced the former teacher is innocent and even willing to publicly support her and put their jobs on the line to prove it.

"We have no qualms about being on Jill's side versus [the student's] side," said Melissa Luetje, a science teacher of nearly 20 years at Kennebunk High School.

"Her classroom was a sanctuary for many students," Luetje said. "At 7:30 in the morning, when this supposedly happened, there were kids walking in and out all of the time. There is no privacy in any classroom at any time."

She and her coworkers are risking their jobs and putting their credibility on the line to defend LaMontagne.

Reporter Kristina Rex: You know, obviously, given that you were still a teacher at the school, being here is risky to a degree. So why is it worth that risk to you to show up to court every day and support her? Melissa Luetje: Simple. It's the right thing to do.

The right thing to do, she says -- and a move that comes with consequences.

Immediately after talking to NEWS CENTER Maine on camera, Luetje was told by lawyers she was no longer allowed to testify as a character witness for LaMontagne --who she says embodies kindness and compassion. "She will never get a chance to teach again," Luetje said. "There's no getting past the crap that's on the internet."

But what about the student who accused LaMontagne of abuse - and aren't Luetje and her coworkers victim blaming in this case? "No," Luetje said. "Everybody knows this student...these aren't good folks."