They've been designing and building machines that can only be described as awesome at Howe and Howe Technologies; and one caught the eye of a few movie producers. 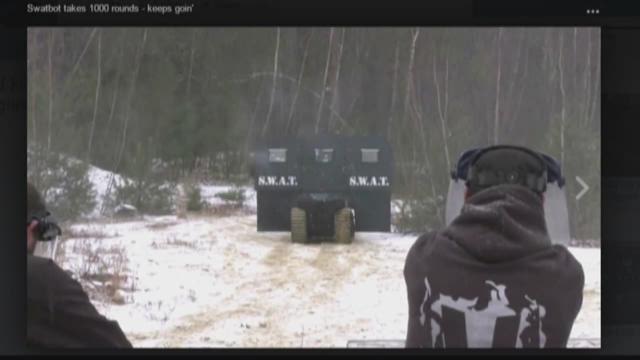 WATERBORO, Maine (NEWS CENTER) -- The latest Fast and Furious movie has just hit theaters, and one of the stars comes directly from Maine.

We're not talking about Vin Diesel, we're talking about the real reason 8 of these movies exist - the cars - or in this case, a tank.

The Ripsaw EV-2 was built by Howe and Howe Technologies in Waterboro, and it's kind of awesome. Then again, so is most everything designed and built by the twin brothers, who started their company to make a difference in the way we all live.

The brothers build everything from machines that can push a wheelchair through any terrain, to robotic shields that protect firefighters and SWAT teams.

"We're building some really really extreme vehicles to the likes of which have never been seen before on earth, maybe the multi-verse actually," jokes Geoff's brother, Mike.

"He makes up words sometimes," Geoff jokes back.

Ride in the Ripsaw

It's difficult to keep the guys on target in an interview, until you ask them about their non-profit Outdoors Again.

"I want to put this out there to everyone out there, you can do more," says Geoff. "Outdoors Again really was a project for going above and beyond."

It gets people who've suffered physical disabilities back outside, hunting or fishing.

"We're not only developing and engineering for the business," says Mike, "but we're also trying to do good and give back."