Boys from Parsonsfield raising money for cancer cure, get robbed 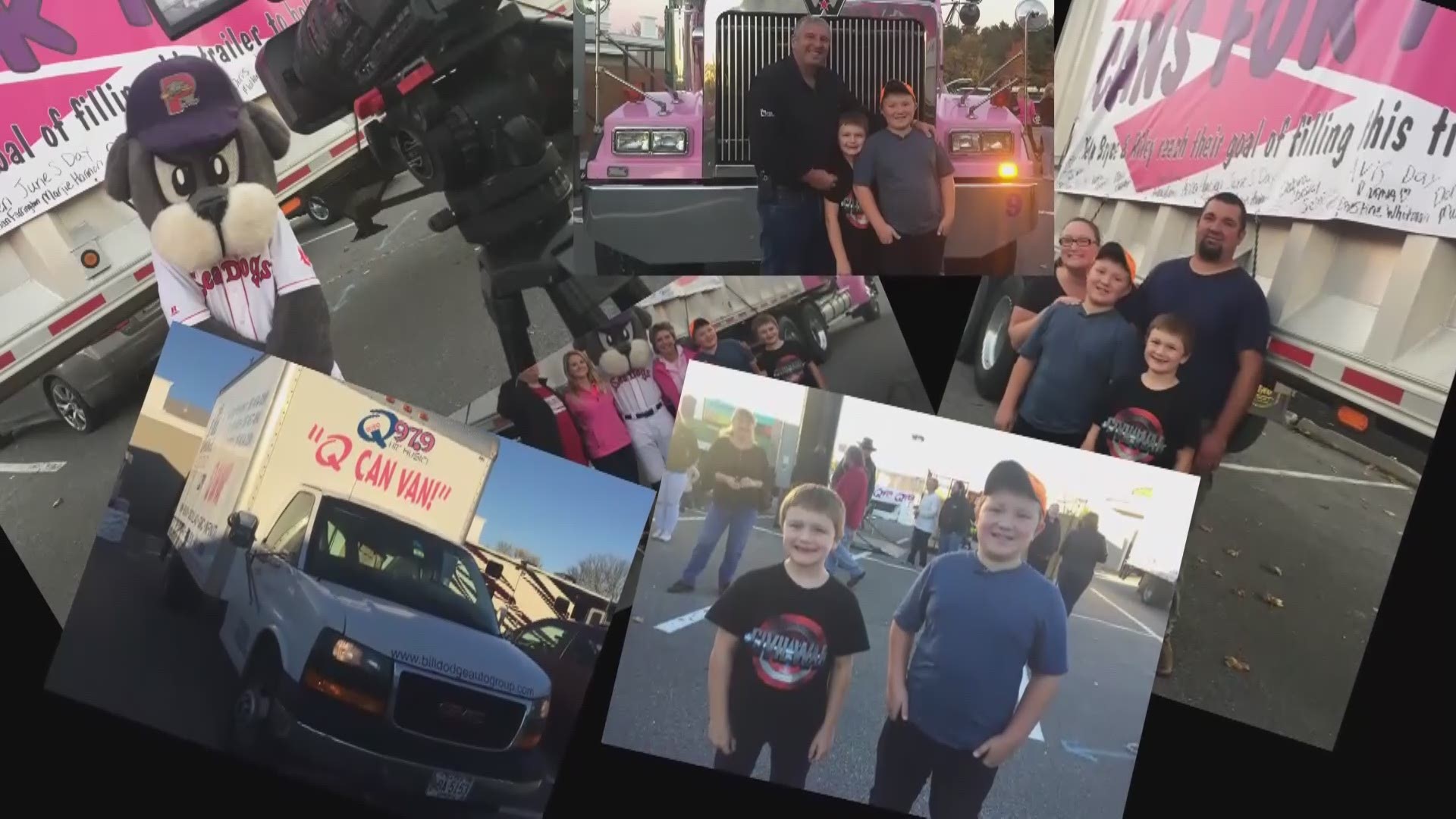 (NEWS CENTER Maine)-- For the last 8 years, a family from Parsonsfield has collected cans and bottles for a local radio stations' annual campaign to help find a cure for cancer. Last year alone, the 2 children in the family helped collect almost 200-thousand cans and bottles which translated to just shy of 10-thousand dollars. This years collecting campaign was off to a great start, but has now had a significant setback.

At some point Sunday, a person or people walked into the trailer that sits in the yard at P.Y. Estes and Son and removed or damaged hundreds of bags of bottles that had been collected to donate to radio station Q97.9's annual cans for a cure campaign.

Bryce Deshaies has been collected cans and bottles for this cause since he was 3, younger brother Riley joined the effort a few years ago.

"Cause it's fun and it all goes to a good cause and we are helping people with cancer" said Riley.

"It was pretty heartbreaking to hear that"

The police will start looking for who may have done this Bryce has a message for whoever it may have been.

"Please own up to it and return it. it just really hurts for someone to do that"

If you are interested in donating to the Deshaies' cause:

Cans For A Cure