Thousands online have directed both praise and criticism to Concord Coach Lines - but Border Patrol says the situation is out of the private company's control. 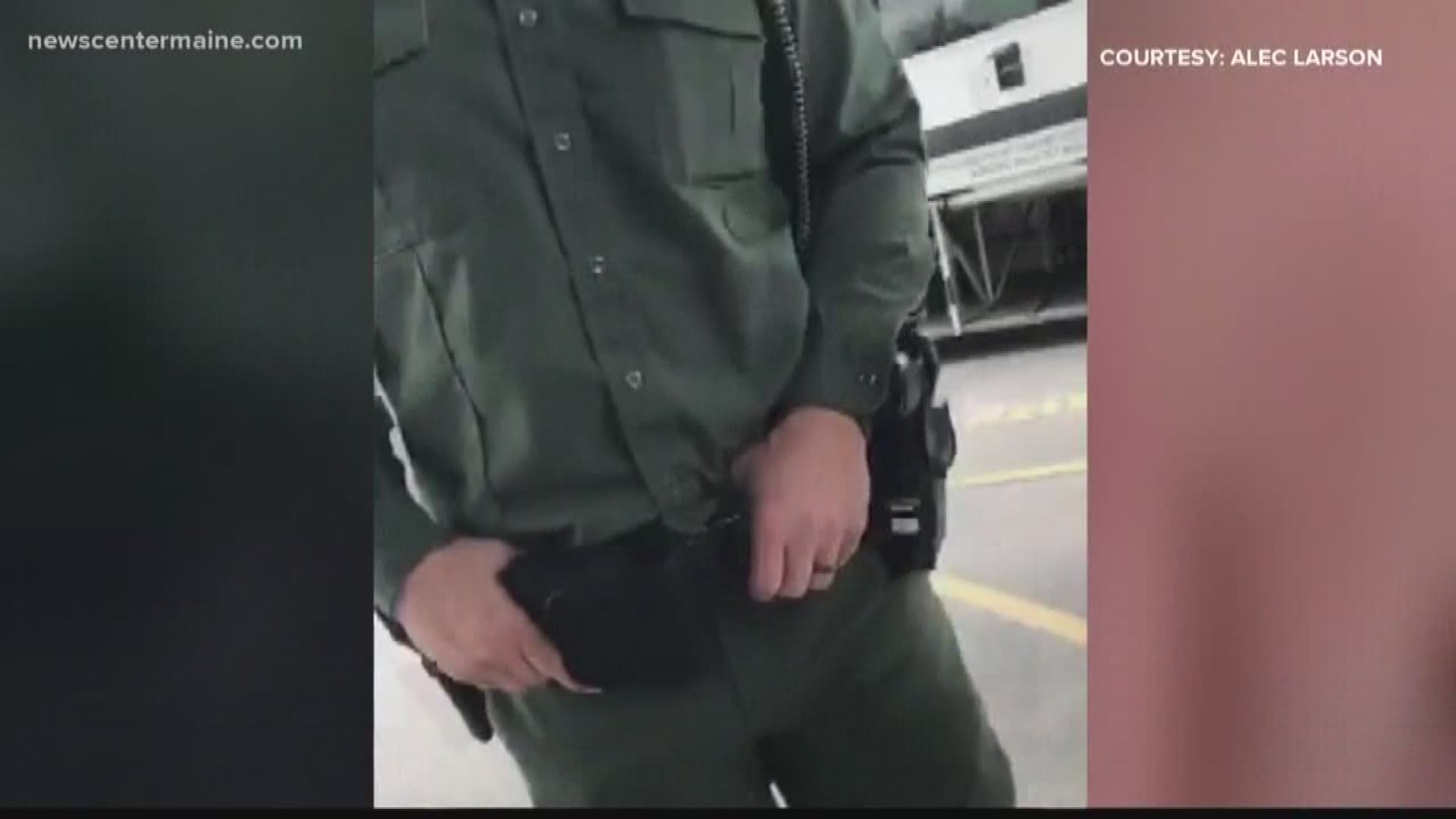 These border patrol checks at transportation centers have been happening for more than a decade, according to both Concord Coach Lines President Harry Blunt and Border Patrol Agent Dennis Harmon. There is no partnership between the two agencies. Border Patrol agents always show up to the station unannounced.

"Transportation hubs are used by alien smuggling and drug trafficking organizations to move people, narcotics, and contraband to interior destinations throughout the country," a Border Patrol spokesperson wrote. "To combat these growing threats, the U.S. Border Patrol has increased the frequency of transportation checks around the country as an additional enforcement mechanism to reinforce CBP’s world-class approach to border security."

Because the Bangor bus station is within 100 air miles of international land or water, Border Patrol has the authority to conduct checks without warrants. The department says it has increased these checks lately because of a shift in manpower, not because of any national policy shift. "There was nothing ever put out that says 'go out and increase your bus transportation checks,'" said Houlton sector agent Dennis Harmon.

He says the citizenship checks have not changed, but rather a hyper-awareness of immigration issues has caused more of a discussion both on social media and in the news.

Several individuals, as well as the ACLU of Maine, Vermont and New Hampshire, have called upon companies like Concord Coach Lines and Greyhound to establish clear policies refusing Border Patrol presence on its busses.

Concord Coach President Harry Blunt says his company has no control and cannot establish such a policy. "We have not been involved in this decision," he explained. "Will be just as happy if it all went away? Sure we would be. But we wish the 911 had gone away also, and security and safety of our passengers is very very important and our employees are concentrating on that."

ACLU Letter to Bus Companies by NEWSCENTER26 on Scribd

Blunt says customers don't need to be citizens to buy bus tickets or ride the bus. He says the company sells tens of thousands of tickets annually to passengers visiting from foreign countries. When an employee in the viral video said that "yes," passengers do need to be U.S. citizens, Blunt says he was incorrect and caught off guard.