The Belfast project would employ about sixty people to start. Nordic Aquafarms owns and operates two land-based fish farms in Denmark, which the company said raise yellowtail flounder. They plan to open a salmon farm in Norway later this year. 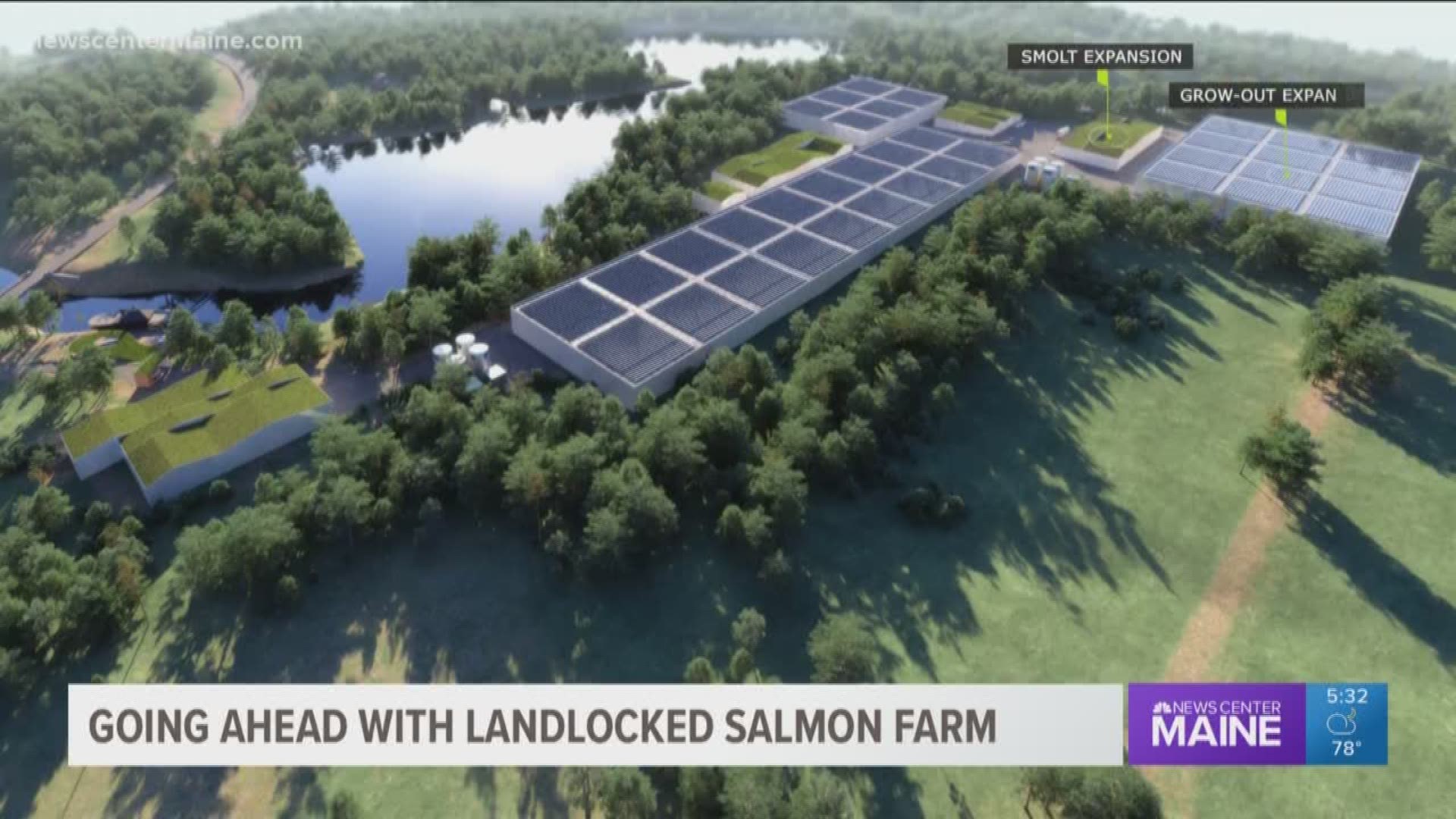 BELFAST (NEWS CENTER Maine)-- The head of a Norwegian salmon farm company said Wednesday they are ready to file for permits to build their new, land-based facility in Belfast.

The plan was announced last winter, but Nordic Aquafarms says it has been working on more design and engineering details since that time.

The project would cost about $150 million for the first phase, according to CEO Erik Heim, with plans to make major expansion later on. The Belfast facility would be the first large-scale aquaculture operation in Maine to raise fish entirely in tanks. Other salmon farms grow the fish to size in floating pens in the ocean.

Nordic wants to build it on land next to Route One that has been owned by the Belfast Water District. The site is close to fresh water, said Heim, and also close to the salt water of Penobscot Bay. Both fresh and salt water are needed to raise Atlantic salmon.

The Belfast project would employ about sixty people to start. Nordic Aquafarms owns and operates two land-based fish farms in Denmark, which the company said raise yellowtail flounder. They plan to open a salmon farm in Norway later this year.

Heim said the technology is working in Europe and is confident it will allow them to operate an environmentally clean facility in Maine.“The benefit of this production is its happening indoors, ” Heim said, “so that gives you the opportunity to control everything that comes into the production facility, to the fish, and everything that goes out.“

But a local opposition group says the Nordic operation will still pose an environmental threat to Penobscot Bay. Jim Merkel, a leader of the opponents, said Wednesday their research shows pollutants would still get through the fish farm’s waste process processing system that they would pose a threat to marine life in the bay when they are discharged.

He said the group will do all it can to fight the fish farm. But Eric Heim said the farms in Europe don’t have that problem, and says the Maine facility will treat and filter out waste and recycle much of the water. Those issues are likely to become major parts of the permit process, once it begins. There will need to be both local and state permits, as well as an OK from the Army Corps on Engineers.

Nordic Aquafarms says it has already invested more than a million dollars in the Belfast project, and is hoping to be able to start construction next year.

Meanwhile, a Portland company has announced plans for its own land-based salmon farm in Bucksport.