A noose found hanging from powerlines on Juneteenth was taken down, Hancock police investigating 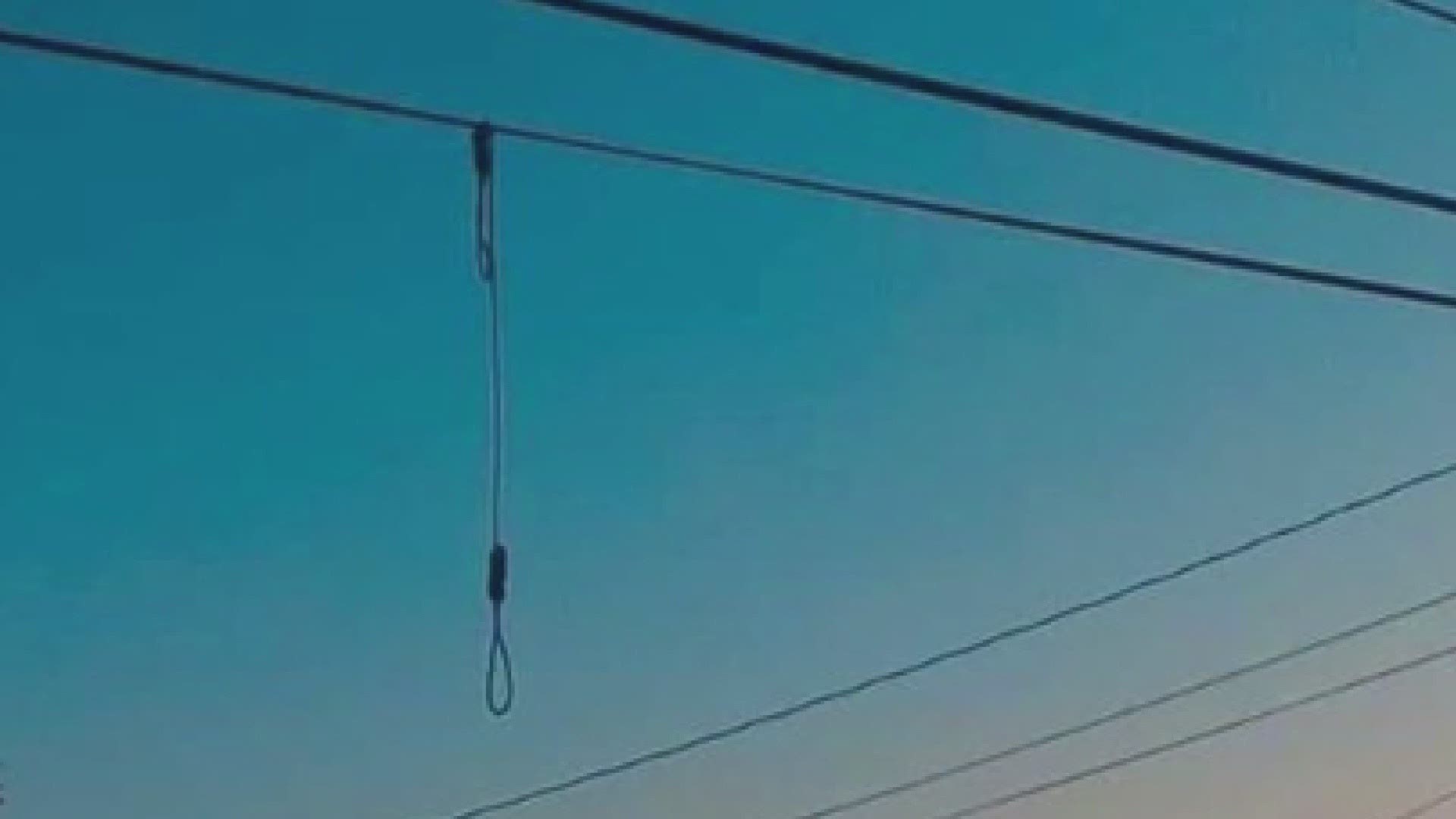 DEER ISLE, Maine — Warning: This story could potentially be disturbing to some readers.

As the sun set on Juneteenth, a holiday celebrating the end of slavery in the United States, a noose was found hanging from powerlines along the Little Deer Isle causeway in Deer Isle. A large ‘White Lives Matter’ sign was found next to it, and Black Lives Matter signs vandalized and torn down.

An arborist from Penobscot took the noose down Saturday morning.

According to the release, the call from a concerned citizen about the noose on Friday night was routed to the Maine State Police because they were providing law enforcement services that night in the area.

The following more, more calls were made about the noose, which still hadn't been taken down.

Law enforcement is asking the public for any information they may have which would help identify the person or persons responsible. Call the Maine State Police at 207-667-5697 and select option 9, or use the anonymous tip line, Tip411 via the Sheriff's Office Facebook page of the County of Hancock website.

Locals say tensions have been rising in recent weeks amid racial justice protests. In a Facebook post sharing a photo of the noose, local Mina Mattes, who has been organizing protests in Blue Hill with her brother, said over the past few weeks protestors have been met with “harassment, violent assaults, and exclusion.”

“I've had a confederate flag waved in my face right in front of the Blue Hill town hall; a man shouted at me that we should ‘put them all in cages,’” she wrote in the post.

In a phone interview with NEWS CENTER Maine, Mattes said, "It’s awful to have to make Black and brown people in our communities see that."

"This isn’t some symbol from the past, this is a very active symbol of hate and violence, and to have that threat literally hanging over people’s heads at a time like this when so many people are already so scared and so threatened—you know, it’s just completely not okay. It’s really despicable.”

Mattes said, “If you want to put up a ‘White Lives Matter’ sign, I don’t agree with it but that’s your right—but it’s a different thing to...hang a noose being like ‘I have a desire to kill a member of our community.’”

A silent vigil under the message "Standing Together in Light and Love" is being planned for Saturday night in response to the incident. Organizers say, "the intent is to counter this hateful act peacefully."

According to organizers, the vigil will begin at 8:45 p.m. at the Deer Isle welcome center. They are asking that everyone wear face coverings and practice social distancing.

If people prefer not to gather but want to participate, they're encouraged to stand outside their houses with lights.

"It is a peaceful witness wherever you choose to do it," an organizer said in the announcement, "and communicates our unified desire to overcome hatred with love and light."

This is a developing story and will be updated.

RELATED: 'Juneteenth is every day for me': Maine artist uses drawings, music to recognize Black beauty

RELATED: Hundreds rally in Portland in celebration and commemoration of Juneteenth

RELATED: Where Maine stands on officially recognizing Juneteenth as a holiday