Mainers are welcoming 2021 through virtual lobster rolls and polar dips to benefit non-profits statewide, some that last all month. 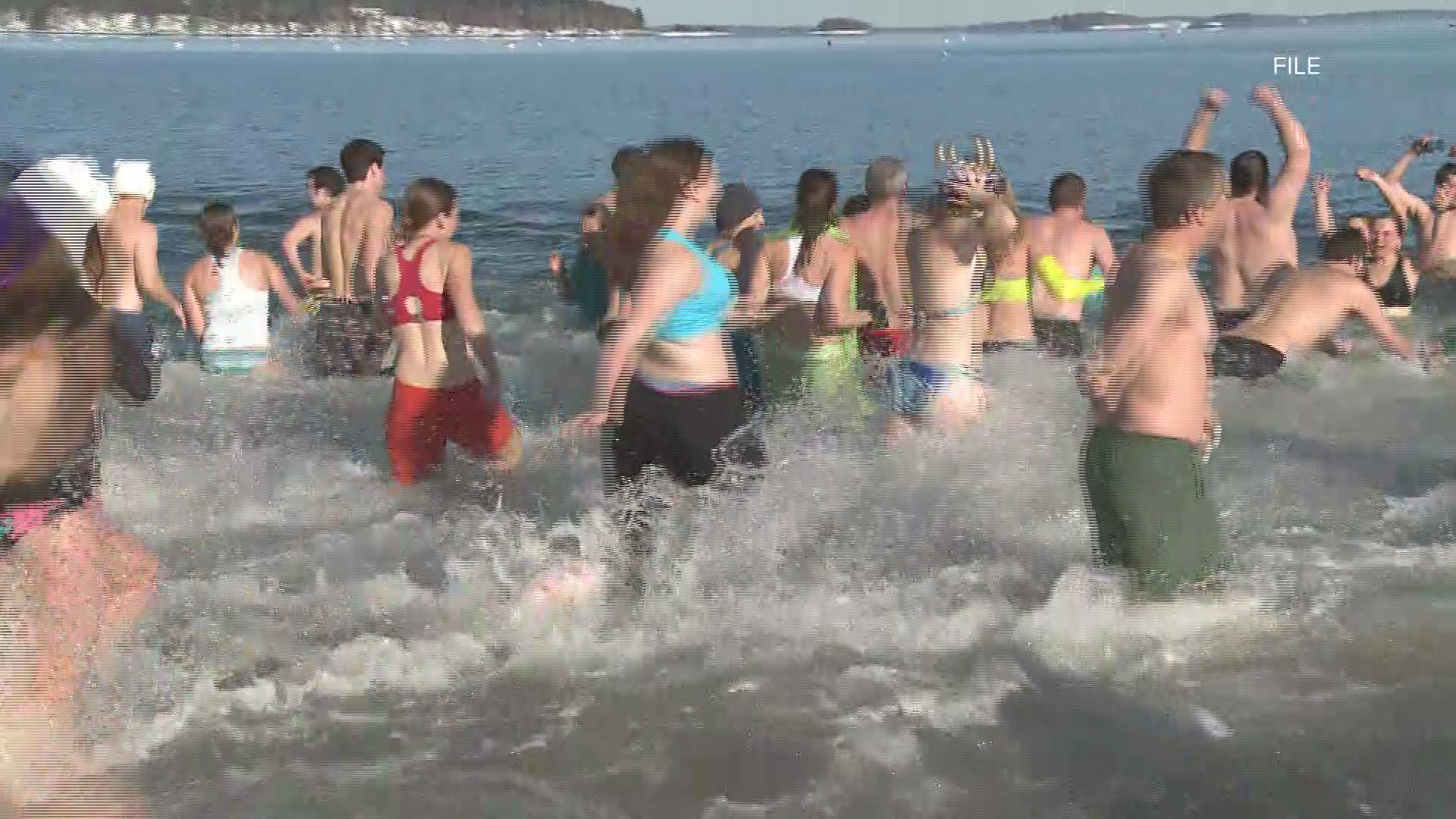 PORTLAND, Maine — It's a chilly tradition that many Mainers pride themselves in taking part in as a way to ring in the new year - an icy dip in the ocean but not this year, at least not as a large group.

For the last 32 years, Special Olympics of Maine has welcomed hundreds of Mainers to their Lobster Dip at Old Orchard Beach. Lisa Bird of Special Olympics Maine says it's the organization's biggest fundraising event all year, where they usually pull in $100,000, money used to support the more than 5,000 children and adults with intellectual disabilities statewide they serve.

This year the 'Lobster Dip', always held on New Year's Day, has turned into a virtual 'Lobster Roll' event taking place all month long. Special Olympics Maine is asking participants to take a picture or video of themselves rolling in the snow if they can find any, or in water, basically, anything that is cold.

"Take some sort of cold roll, even if there is no snow, fill up a kiddy pool or sled, we don’t care, and take a roll in the safety of your front or backyard," Bird said.

This would have been the Natural Resources Council of Maine's 13th annual Polar Dip, usually held at East End Beach in Portland. This year their supporters have until Jan. 3 to help them raise $20,000 by taking a solo dip.

"This is a year to wash off, to put behind me, and to start fresh in 2021 so I decided I would go for it and do (the dip) this year," NRCM's Beth Comeau said, who had vowed in 2015 never to take another polar dip. Money raised by their virtual event goes to help clean energy work in Maine and fostering renewable energy.

Despite the concern of drawing crowds amid growing numbers of the COVID cases daily, Caring Unlimited in Sanford will hold a pared-down event on Saturday, Jan. 2 at Gooch's Beach in Kennebunk. Only 40 people can preregister for the polar plunge.

Videos and pictures of Mainers taking part in these events are already rolling in proving that frigid water and snow aren't enough to stop people from welcoming a year they hope will be better than the last.

RELATED: Snowy Saturday in Maine, potential for another storm Monday