Thousands of Mainers are believed to be using CBD, a legal substance made from the hemp plant. But after the state issued new restrictions on CBD last week, a crowd headed to the State House on Tuesday to protest. 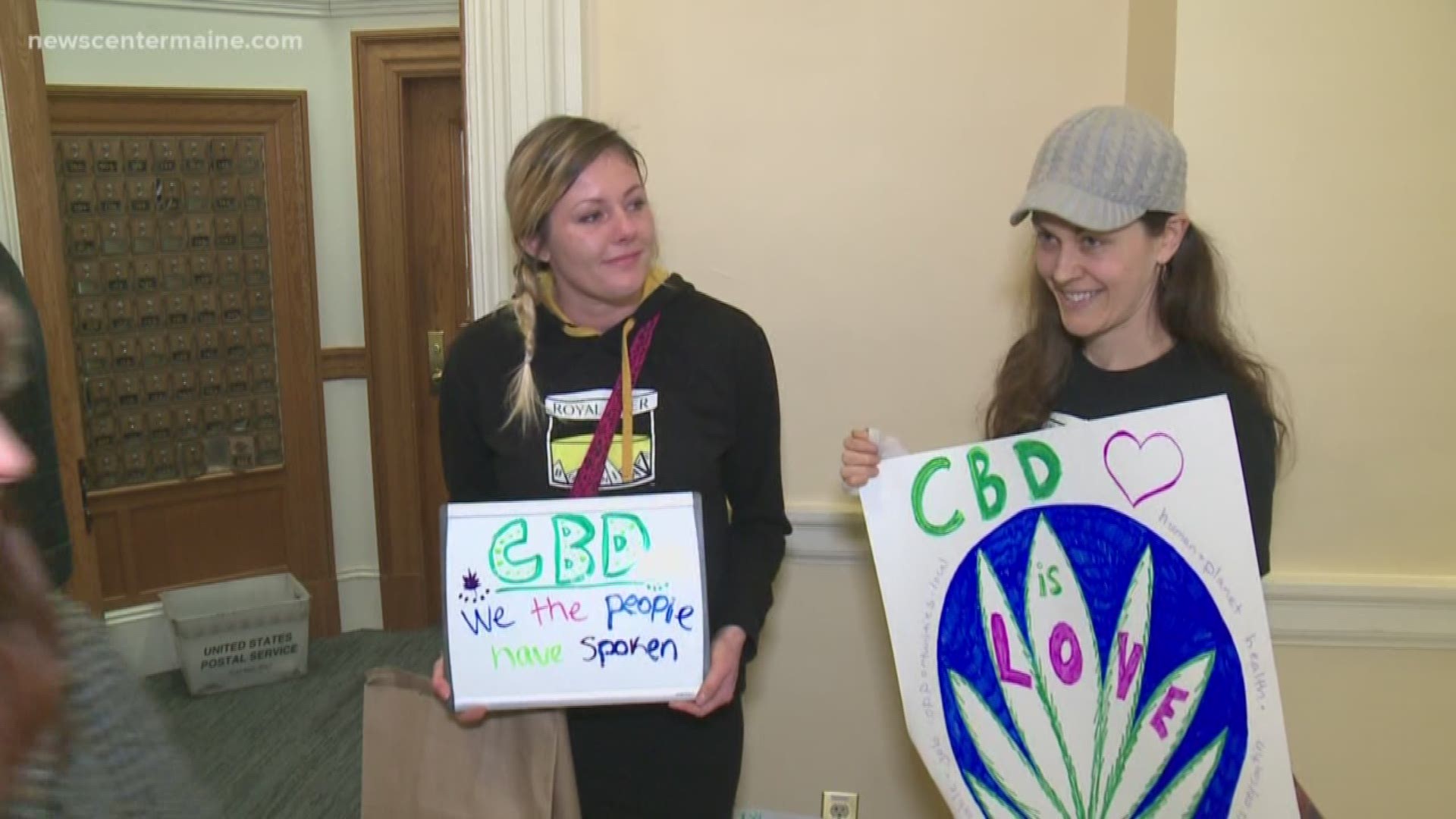 AUGUSTA, Maine — Thousands of Mainers are believed to be using CBD, a legal substance made from the hemp plant. Supporters and sellers of CBD -- which is sold in various forms and products -- say it helps stop seizures, reduces pain, and treats anxiety, depression, and many other conditions. But after the state issued new restrictions on CBD last week, a crowd headed to the State House on Tuesday to protest.

Chanting "save our CBD",  the group lobbied legislators and talked with news people about the value of the product and the impact of the new state rule on their businesses. Jan McAllister of “Hippie Chicks” in Sangerville, which makes CBD oil from hemp and makes products containing it, said the restrictions will harm her business and could cost jobs.

"I know there are at least 50 hemp farmers who don’t know what to do with their crop. Edibles make up 90 percent of profit. The U.S. stands to gain $22 billion from the CBD industry. Why is Maine backing out of that?"

The state restrictions are the result of a determination by the Food and Drug Administration that CBD has not been approved as a food additive. The state has told businesses not to use it in an edible form. Creams for topical use are still allowed, but since edible uses are the most popular, businesses say the rule will hit sales hard.

CBD is not a regulated substance, but the state rule says medical marijuana providers can continue to sell it in all forms, including edible.

Rep. Craig Hickman (D-Winthrop) says he has introduced a bill to change state law to allow all uses of CBD.

"Within the state of Maine, I’ve proposed a bill that would declare that in Maine you can produce and sell hemp derived CBD products to the general public without going against federal law," Hickman told reporters.

Gov. Janet Mills sent out a press release, stating her staff had met with Hickman and is working with him to help move the bill forward quickly.

However, the Governor’s press secretary said for the time being, the new restrictions would remain in affect and represented an effort by the Mills administration to comply with federal law.