Stranded at sea? The Coast Guard has the solution

The Coast Guard station at Southwest Harbor debuted their new skiff vessel to save two kayakers off the coast of Bar Harbor last weekend. 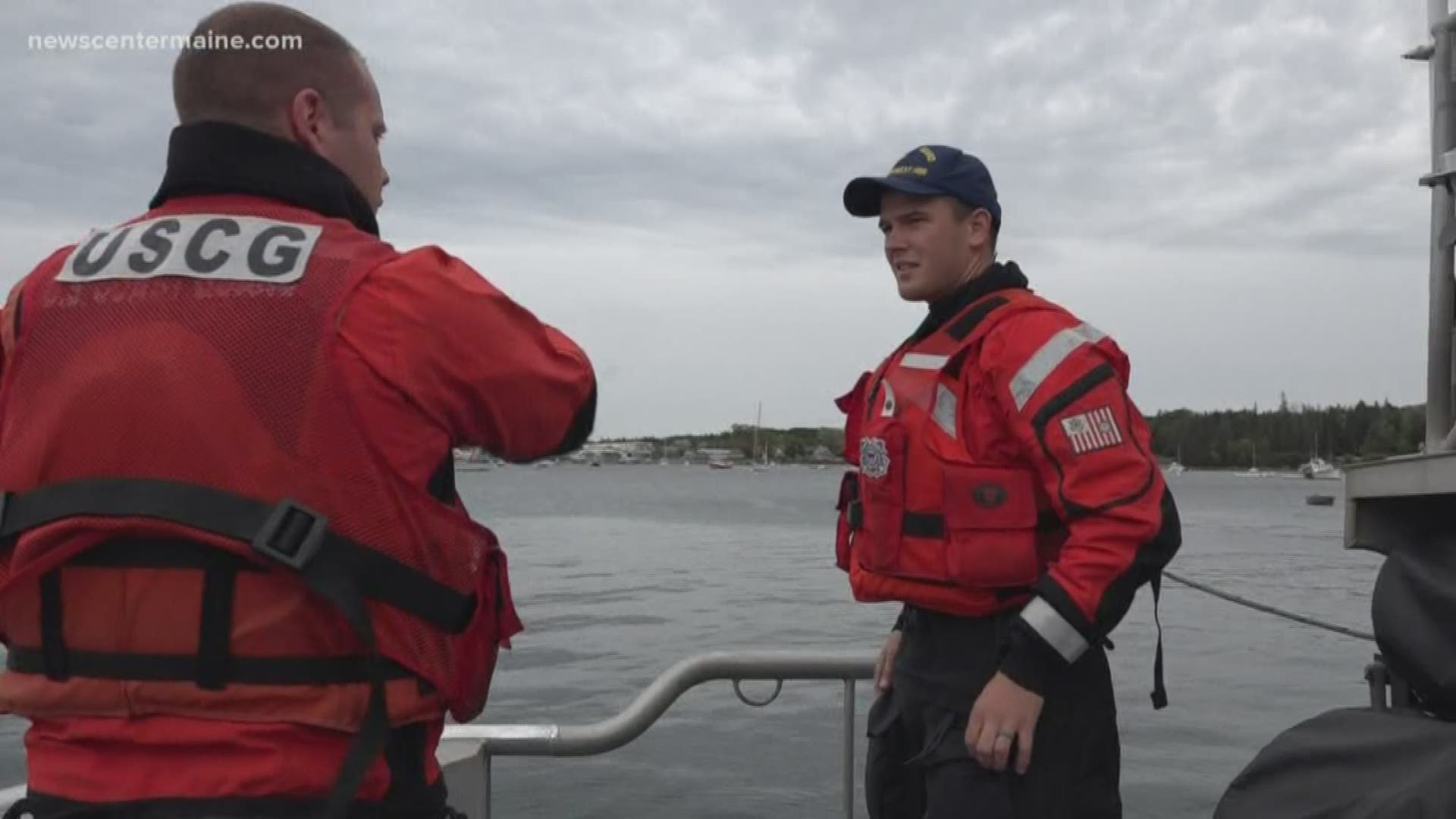 SOUTHWEST HARBOR, Maine — Bar Harbor is known for its beautiful ocean views, breathtaking hikes at Acadia National Park, and being an avid spot for recreational boaters and kayakers.

Sometimes the weather gets in the way, and that was true this past Saturday. Two kayakers were stranded on an island off the coast of Bar Harbor. The waves were so strong every time they tried to paddle back home, the waves pushed them back to the sea.

The kayakers did what anyone should do if they find themselves stranded at sea, call the Coast Guard. Unfortunately for the castaways, they had limited phone battery.

Jose Angel Garcia, a third-class petty officer at the station at Southwest Harbor, remembers the phone call coming in around noon.

"We can’t get off this island, we need your guys help, but we only have 3% left on our cell phone, is there any way you guys can help us," Garcia said recalling the distress call. "Of course we’re willing to help anybody.”

Garcia took his four man crew and hit the water with their new skiff. The ten-foot vessel is used for primarily shallow, rocky, and condensed, areas of water. It is manned by a two man crew, and room for two passengers.

This search and rescue mission may seem simple for Garcia and his crew, but it was their first mission with the new skiff.

Matthew Murdock is a Machine Technician for the Coast Guard and he was the driver of the skiff in its maiden voyage.

“We’ve practiced beaching it around the harbor so when (the dispatch) told us to go out with the skiff we were pretty confident In our abilities to get out there and help those people," Murdock said.

The new skiff will be able to help the crews in several situations.

“We have an aluminum hull which allows us to beach the skiff on soft landings like a gravel shoal or something like that," Murdock said.

The new skiff is one of two in the state of Maine. The Coast Guard station in Booth Bay Harbor has the other.

The Coast Guard has seen several examples of boaters or kayakers stranded off the coast of Maine, and have some advice for those who may take a trip on the water.

The colder months also present a new level of challenges for aquatic enthusiasts. Maine's weather is unpredictable and the Coast Guard wants people to be sure they check the weather conditions when they expect to be on the water.