Jason Riddle, of Keene, N.H., says he thinks his Capitol riot case will help him: “In the long run, if you’re running for office, any attention is good attention” 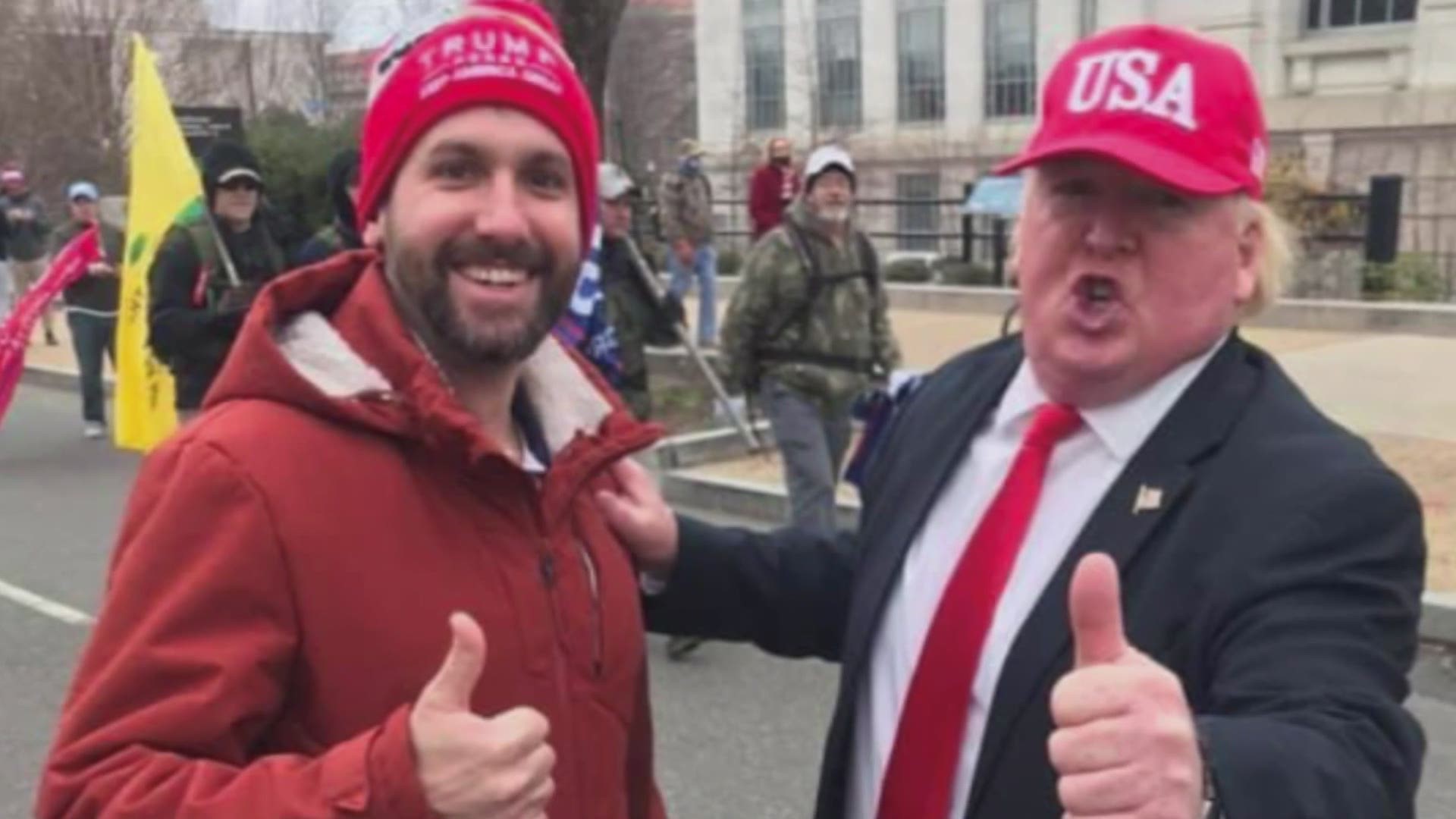 KEENE, N.H. — A New Hampshire man facing charges for taking part in the Jan. 6 Capitol riot is now hoping to head back to Washington as a member of Congress.

Jason Riddle said he is still working on the details of his campaign for office.

Riddle, from Keene, admitted in an interview with NBC10 Boston in the days after the attack, which left five people dead, that he entered the Capitol building and chugged from a bottle of wine he found in a Senate office. He provided NBC10 Boston photos and said he had no regrets about joining the mob that entered the Capitol, but criticized those who committed acts of vandalism and violence.

He was arrested by FBI agents, with the help of Keene police, in February. Riddle was charged with knowingly entering a restricted building, violent entry and disorderly conduct on Capitol grounds, and theft of government property, according to a criminal complaint that was filed in U.S. District Court for the District of Columbia.

But the supporter of former President Donald Trump doesn't think his riot case will hurt his campaign. In fact, just the opposite.

“In the long run, if you’re running for office, any attention is good attention, so I think it will help me,” Riddle said.

Riddle has said he made the trip to D.C. because he shared Trump's belief that the election results were wrong -- a claim that has been repeatedly knocked down in courts. He now says he received death threats after his involvement in the riots was made public, but also that he heard from a lot of people asking him to run for an elected position.

“It tells them I show up,” Riddle said about his role in the riots. “I’m going to actually keep my promises and make some changes.”

What he said about his part in the riot soon afterward was that, amid the mayhem, he found a liquor cabinet inside an office, poured himself a glass of wine, watched it all unfold, "chugged it and got out of there."

Kuster is in her fifth term as a U.S. congresswoman representing New Hampshire’s second district.

“I thought Ann was a state representative,” Riddle said during his interview.

When it was made clear that Kuster was in Washington, Riddle responded, “Oh, well, I guess I have to run for that then.”

So, Washington it is, Riddle decided on Sunday.

One problem, though, is that Riddle is prohibited from going to D.C. while those misdemeanor charges for his alleged role in the riots is pending.

“Despite my ongoing legal problems, I’m supposed to live my life the way I want, and I want to do this, so why not?” Riddle said.

He has a court date next month and is hoping that his clean record and military veteran status will work in his favor.