Sarah Robbins-Cole wore the same merino wool black dress for 100 days in a row to highlight the environmental, economic, and societal impact of fashion. 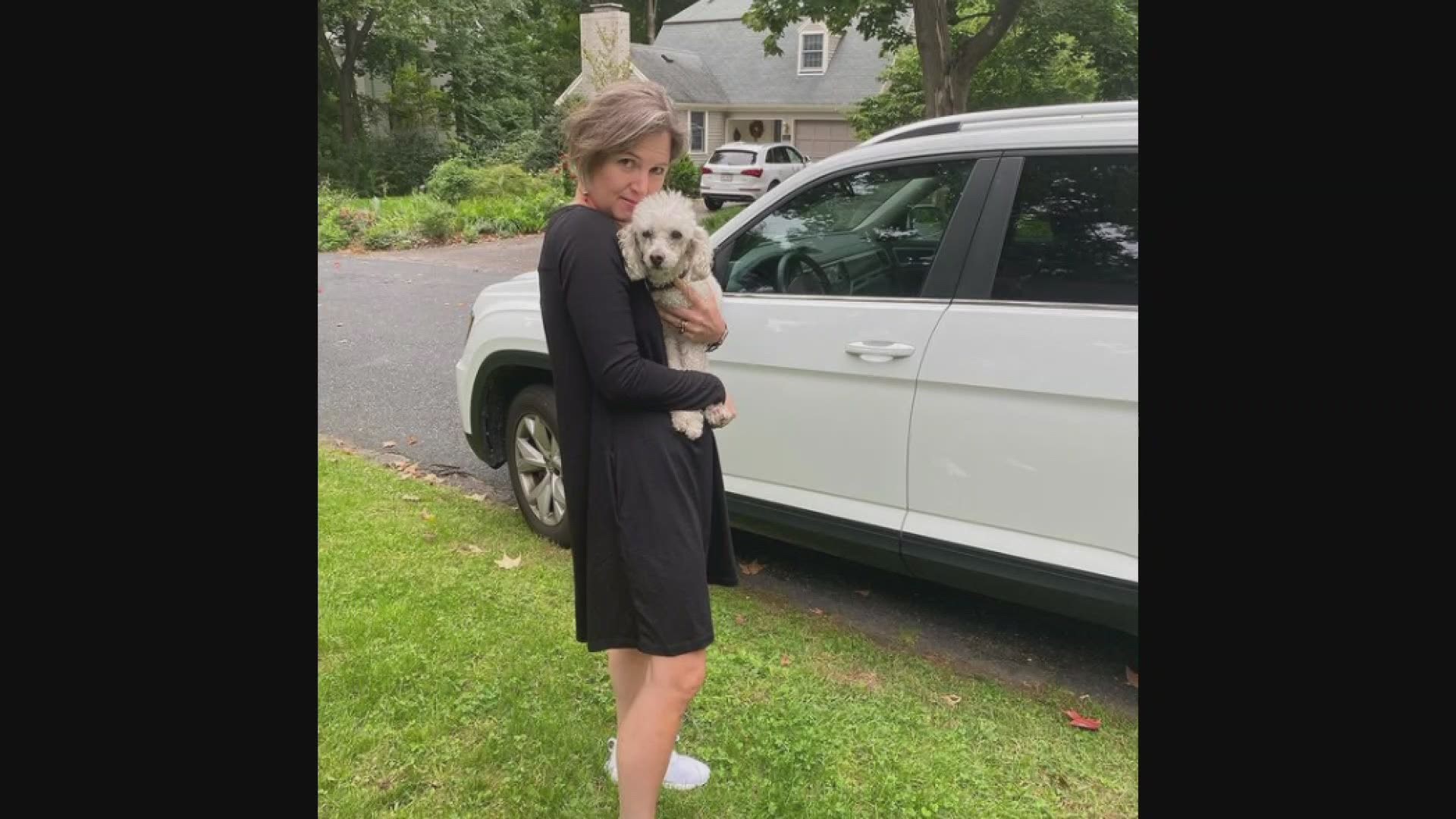 "I am a kind of a challenge junkie," says Robbins-Cole.

When the 52-year-old clergywoman from Boston happened upon a 100 Day Dress Challenge online, she thought, "I could totally do that."

The college chaplain at Wesley wears a dress most days but says the tricky part was deciding when to start because, as we all know, New England weather can be fickle.

The 100 Day Dress Challenge was launched by a dress company that is trying to promote, on top of their dresses, more conscientious fashion. For Robbins-Cole it was all about the ripple effect shopping habits have on the environment, other world markets, and ourselves.

"Something like 800 gallons of water goes into producing one cotton t-shirt. 82 pounds of clothing end up in a landfill from each individual in the United States every year," says Robbins-Cole. The Episcopal Parish Priest who also has a home in Casco, Maine, says she used to think she was doing a good deed donating her old clothes to charity shops but has since learned that often those clothes are shipped to third world countries where they offset a local market.

With plenty of motivation, she rolled up her sleeves and started the challenge on September 6, with a uniform to help give her days in the pandemic uniformity.

Although her challenge was never intended for a wider audience, she only told a few friends and her family, Robbins-Cole started an Instagram page to document her 100 days.

It's hard to tell that all her posts feature the same merino wool dress because she styled it with scarves, tights, leggings, sweaters, jeans, other skirts, and shoes...oh the shoes!

"I knew I had to get creative," says Robbins-Cole. She wore the dress every day until Christmas, only taking it off to sleep and workout. The $138 dress only needed washing about a dozen times and Robbins-Cole continues to wear it even though her challenge is long done.

In a matter of days, her Instagram feed gained thousands of followers, and media outlets from all over the world have reached out. Her story has been featured in 65 newspapers from Britain to India and Australia.

"What I have learned is how kind the world is."

Robbins-Cole says she has received hundreds of kind messages from people around the world. Friends who found out about the challenge from the media asked her why they hadn't noticed she was doing the challenge.

"We think that the spotlight is on us more than it really is. No one is looking at what we are wearing," says Robbins-Cole.

What is next for the so-called 'challenge junkie', Robbins-Cole says in 2021 she is trying not to buy any clothes, accessories, or shoes.

By not changing her outfit for more than three months, Robbins-Cole helped change her life for the better.

"Trying to grow and learn and be flexible in a world that is always changing is really important to me."

RELATED: New director of Maine Educational Center for Deaf and Hard of Hearing is first deaf woman to head center