Local store owners were evacuated until the leaking pipe was secure. It has been secured and owners have been allowed to go back into their facilities. 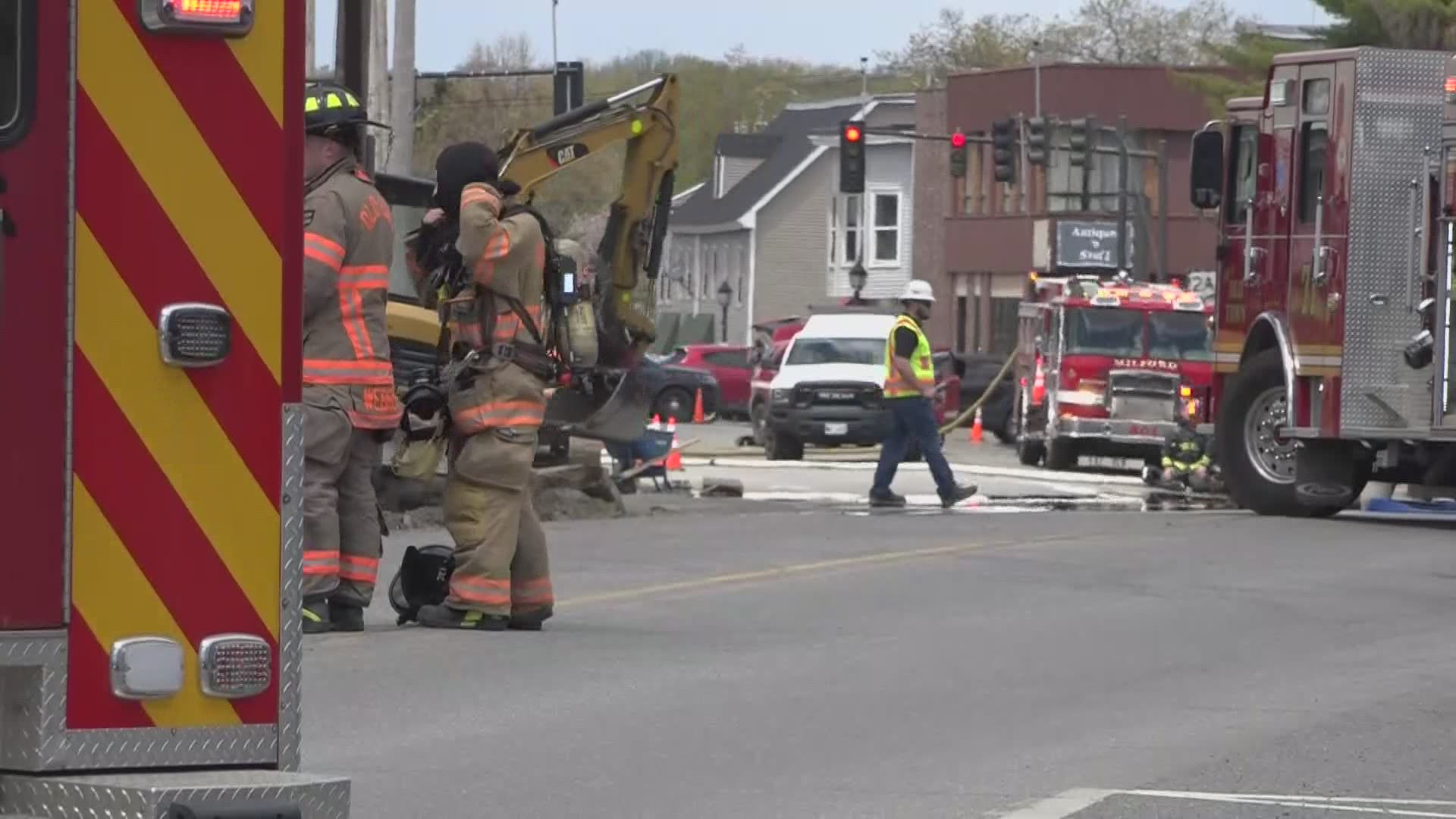 Scott Wilcox, public safety director and police chief for the city of Old Town, said they received a report around noon that a one-inch gas line that had been hit during construction on a sidewalk in downtown Old Town.

According to Wilcox, crews arrived and found that there was a leak. He said Bangor Gas was immediately on scene.

Wilcox said Bangor Gas got it piped off and clamped off relatively quickly. Local store owners were evacuated until that pipe was secure. It has been secured and owners have been allowed to go back into their facilities.

“The understanding is that there was an excavator digging into the ground right there, removing some granite curbing. Hit one of the lines," Wilcox said.

Maine law requires anyone planning to dig (even if it's just in their backyard) to call 8-1-1 to have someone come to identify the locations of any underground lines. Dig Safe prohibits digging around certain underground utility lines.

"Dig Safe was involved. It’s a major project on South Main Street in Old Town and the whole area had been Dig-Safed," Wilcox said.