The students at Paul Duke STEM High School are using Python code to remix two of her songs. This competition is in partnership with Amazon and Georgia Tech. 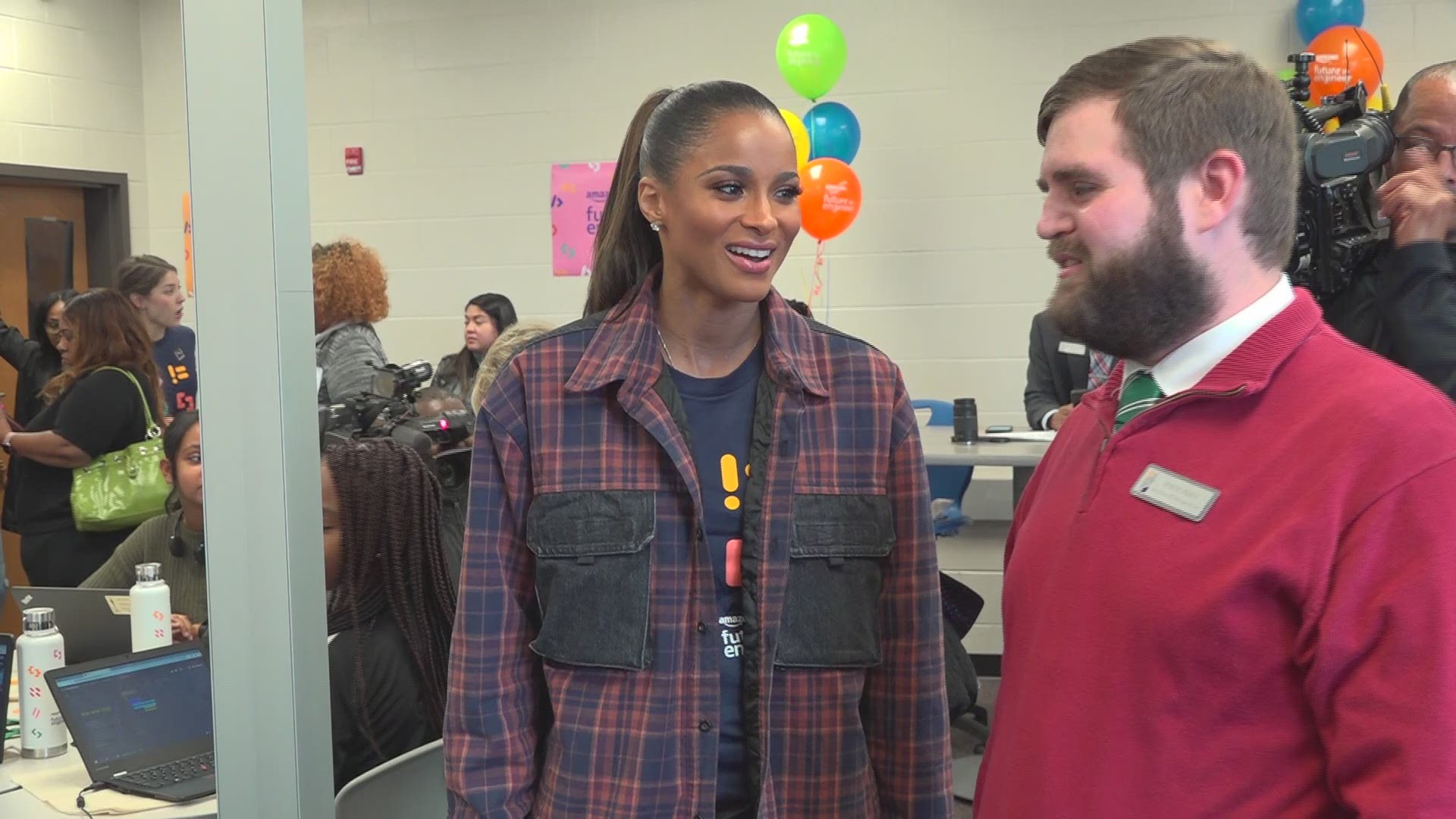 GWINNETT COUNTY, Ga. — The students at a Gwinnett County high school received the surprise of a lifetime Monday morning.

The students are taking part in a competition sponsored by Amazon Future Engineer and Georgia Tech in which they are remixing her songs “SET” and “Melanin” using the Python coding language.

“The kids love it because it’s a way to do computer science, and adding Ciara into it is a great way to get more girls involved,” Philip Peavy, the students' computer science teacher, said.

Peavy also said this experience is a great way for his students to gain real-world experience.

“I love it because the kids are getting feedback when the actual artist tells them, ‘have you thought about maybe speeding it up or slowing it down?’," he added.

Throughout the morning, students sat in groups at tables where they tinkered with various sounds, beats, crescendos, and decrescendos, reflecting their personal artistry and personality.

After a couple of knocks at the classroom door, R&B star Ciara entered, followed by thunderous applause and surprised faces.

“I am really so proud of you all,” she said to the students. “I always tell people the importance of believing in yourself and anything is possible.”

Ciara also told the students that the skillset they are using to remix her songs will set them apart in their future careers.

“Because you can code, it gives you an additional layer of cool, especially in this technology-driven world,” she said.

Students’ faces lit up as Ciara went around to each student and listened to their remixes.

“It was so unexpected,” student Luca Landgrebe told 11Alive.

“It was so nice to have the person who made these songs come and tell us what she thinks,” he said.

As a part of the competition, students will be able to win prizes including a trip to Seattle, Amazon gift cards and a banquet at Georgia Tech.