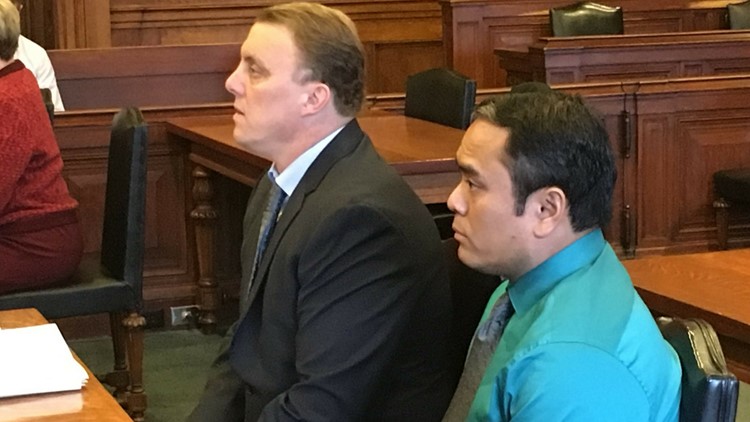 Photo by: NEWS CENTER Maine
At his arraignment in Portland on Mar. 30, 2018, Anthony Leng pleaded not guilty to a charge of murder in the shooting death of his domestic partner, Sokha Khuon

PORTLAND (NEWS CENTER Maine) -- His arraignment in court on a charge of murder is one of the few opportunities afforded to Anthony Leng to leave jail since his request for bail was refused.

Leng pleaded not guilty on Friday. He is accused of killing his domestic partner and the mother of his children, Sokha Khuon. Court records attribute her death to five gunshots to the head and neck.

At previous court appearances, Leng's lawyer claimed that he shot her in self-defense during an argument on January 7 at the home he shared with Khuon in Portland. His scenario cast Khuon as the aggressor as she charged Leng with a knife while accusing him of having an affair. Prosecutors said Leng planted the knives that were found around Khuon's body to bolster his defense.

The couple are parents to two children, ages 10 and 15 years old. The children were home during the shooting.

After weighing the details of the case at a hearing on January 26, a judge ordered him to be held without bail.