The eight points aim to reduce the number of violent police encounters. 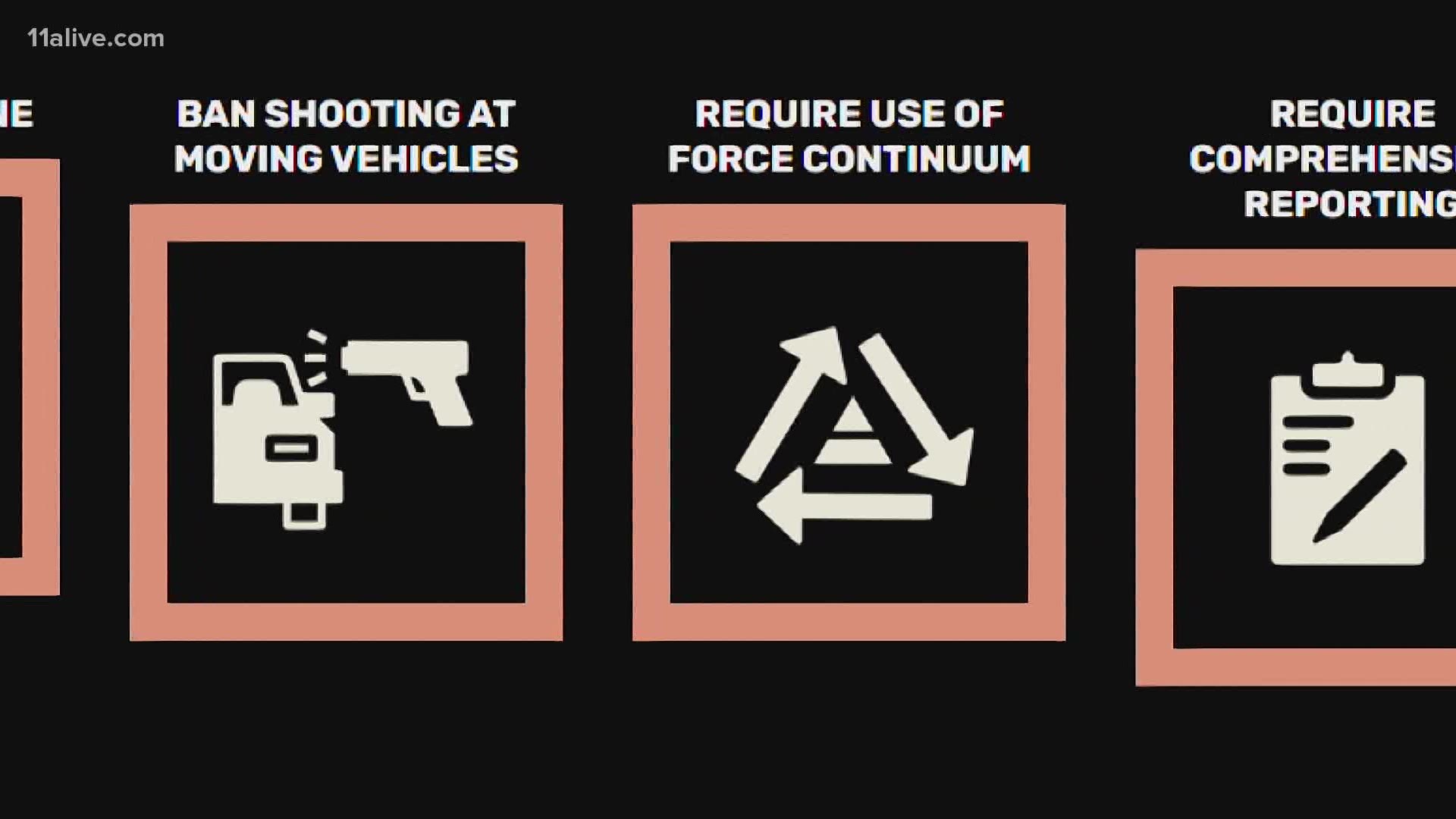 The Atlanta City Council is getting a heavy dose of hearing from residents of the city this week.

On Monday, they played more than 13 hours of public comments – mostly geared toward police reform – after approving some big measures to cut down on the use of force. There were so many participants in the public comment, they had to continue it into Tuesday morning.

The public comment section lasted until 4 a.m. on Tuesday and picked back up around 10 a.m.

According to officials, 1,005 comments played for more than 13 hours during the duration of the meeting.

RELATED: A side-by-side look at police reform bills in Congress

Prior to the comments, the council preliminarily voted on a couple of big items on police reform -- including a list of measures called the "8 can't wait." The eight points aim to reduce the number of violent police encounters.

The list of measures bans chokeholds, requires de-escalation strategies and a warning before shooting, requires exhausting all alternatives before shooting, says other officers have a duty to intervene, bans shooting at moving vehicles, requires the use of force continuum and comprehensive reporting.

The council also voted to expand the citizen review board (in age and investigative authority), add Juneteenth as a paid city holiday, and find a place in Atlanta for a permanent Black Lives Matter mural.

The measures were voted through a committee, and became official after they came before the full council for a final vote on Tuesday.