What was that noise? Ice quakes rattling parts of Maine

We received questions from several viewers asking what they heard over the weekend. 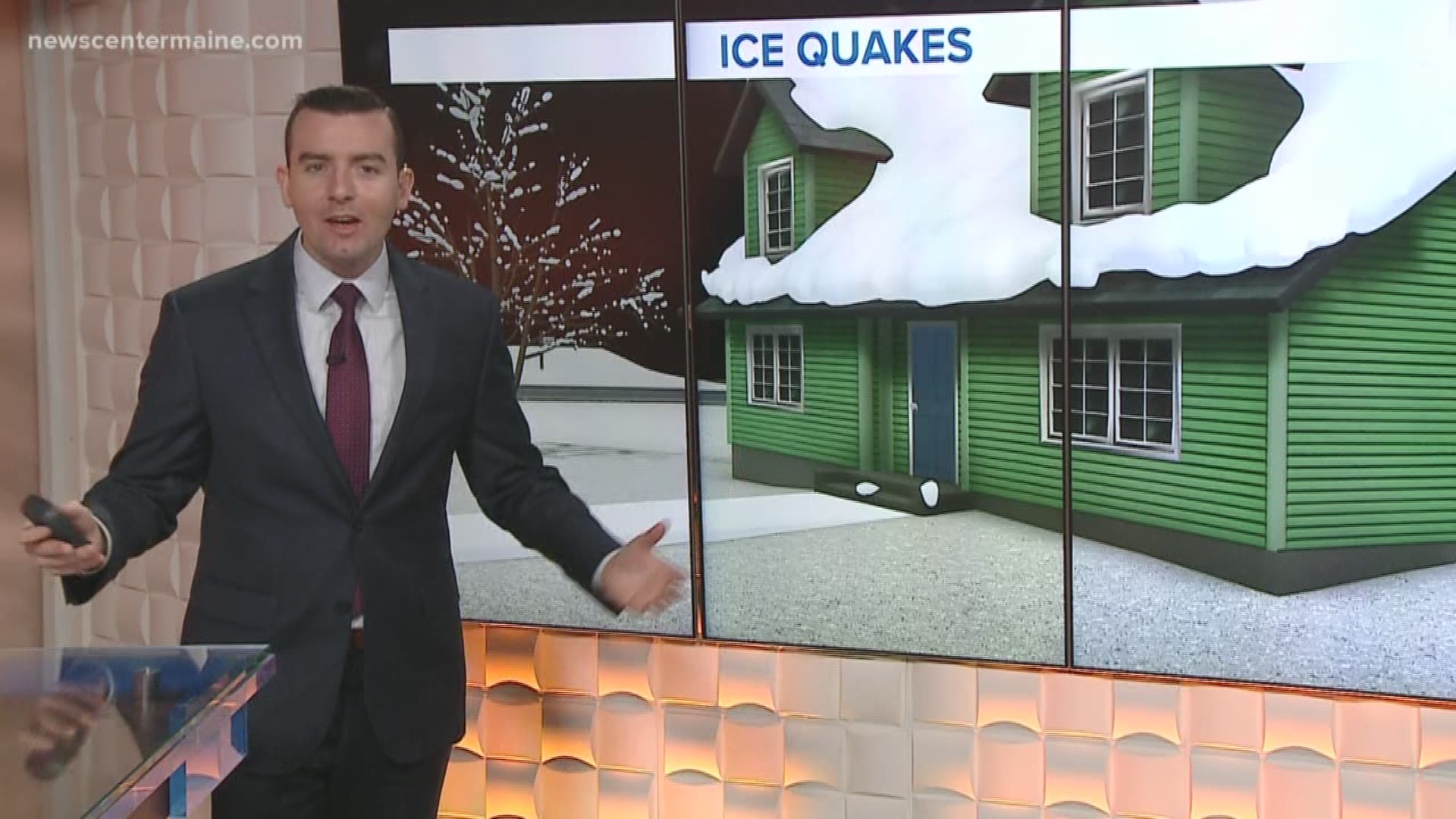 MAINE, USA — Have you heard a boom or strange noise lately, or has your home rumbled a bit in the middle of the night?

If this occurred over the weekend, it's more than likely the cause was an ice quake (also known as a frost quake or cryoseism).

Sometimes they're mistaken for an explosion, earthquake or some type of crash, and can even jar people awake in the middle of the night.

These strange, but natural occurrences happen when there is a big temperature drop, especially if the temperature goes from above freezing to far below zero.

But their effects are very localized and shallow, near the surface of the earth. They usually don't show up on seismographs, used to monitor seismic activity, and their vibrations don't travel far.

As the temperature quickly drops, any liquid water in the ground quickly freezes and expands. As it does, the surrounding rock or soil can crack. The cracking produces the loud noise, or quake.

According to the Maine Geological Survey, there isn't much scientific data available about them, due to their generally minor and localized effects.