There's a story behind the Sea Dogs name and logo 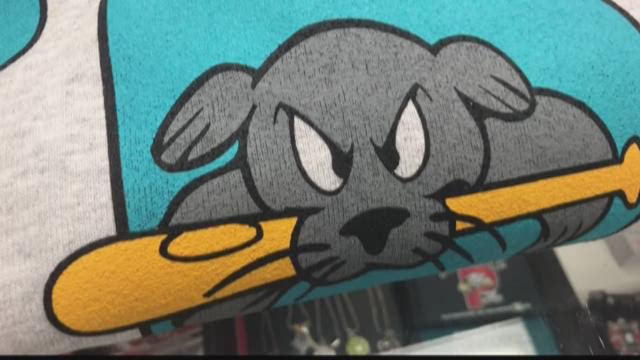 Portland, Maine (NEWS CENTER) -- Today is opening day for the Portland Sea Dogs, and despite an rainy looking forecast, the games still on as of this morning.

It's the 24th season for the Dogs, 15th as an affiliate of the Boston Red Sox. New players come and go each year, but one thing hasn't changed, and its the mascot. Team president Charlie Eshbach (the Sea Dogs first ever employee) talked with NEWS CENTER about how Slugger the Sea Dog came to be a stable here in Maine all those years ago.

"We had the news paper had about 700 names that had come out in the contest," Eshbach said. "They came up with some. The Maine sails, and things like that but it was like, what kind of mascot is going to be a sail?"
Months went by and still no name. Luckily, Eshbach had a friend named Guy Gilchrist, the artist who first created the Muppets comic strips.
"He did a real nice drawing of a puffin," Eshbach said. "The Portland Puffins. The more we thought about it, it was like well doesn't sound a fighting name because I could just see the TV reports saying 'last night at Hadlock field the reading Phillies four and the Portland Puffins, two.' It didn't have that pizzaaz."
One night, Gilchrist called and the two talked over a list of names...and one of them was "Sea Dogs."
It was a hit. Better yet a home run.
The Sea Dogs are scheduled to play tonight at 6 p.m. weather permitting.