SIDE HUSTLES: The 'keeper' behind the Nubble Light

Matt Rosenberg is both a high school English teacher and the man behind one of Maine's most iconic lighthouses. 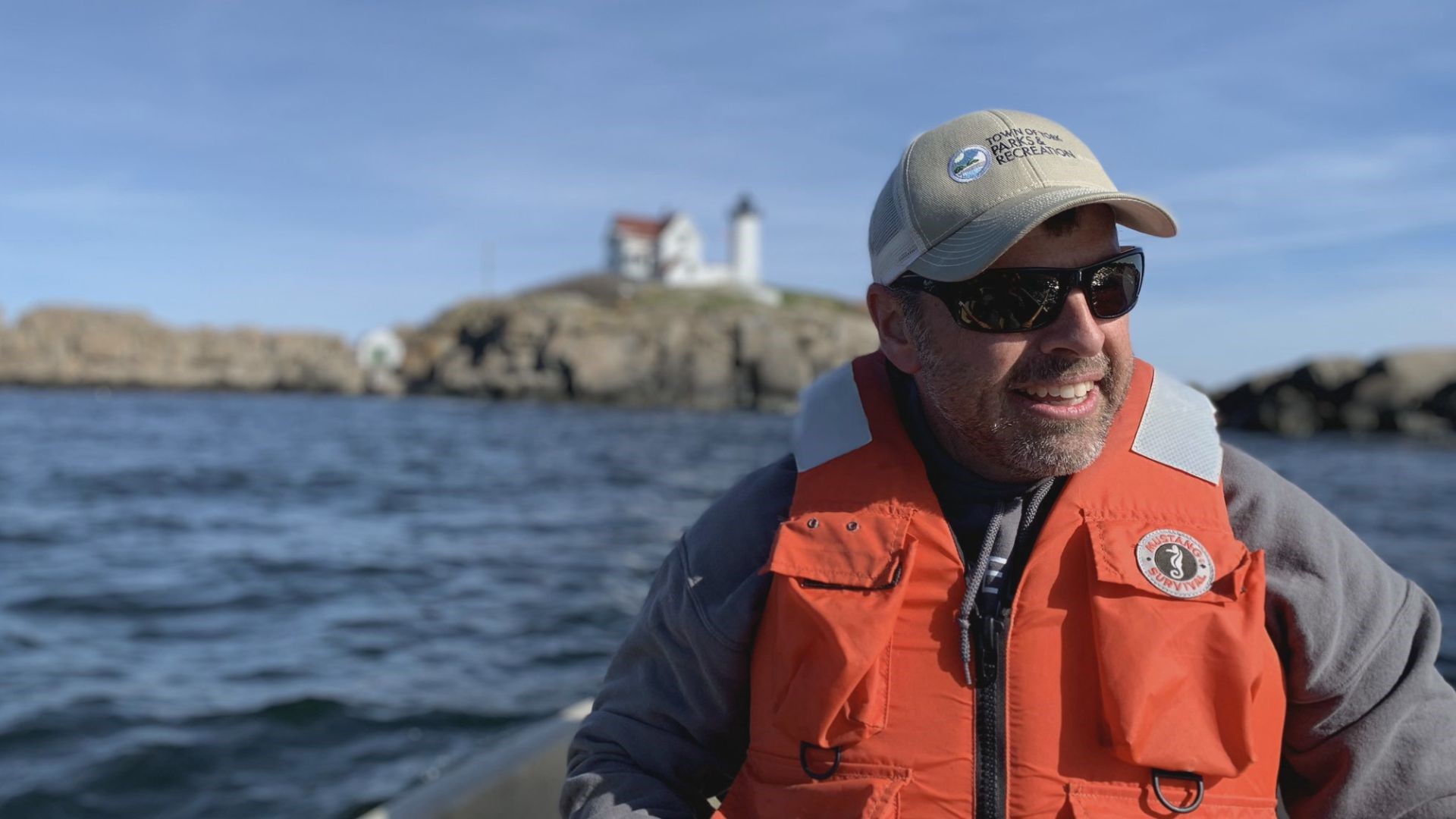 YORK, Maine — There is no denying the Nubble Lighthouse is one of the state’s most famous landmarks—just ask its biggest fan.

He is the lightkeeper for the 140-year-old piece of history and does not go a single day without talking about his beloved ‘Nubble.’

RELATED: Side Hustles: Maine teacher stitches up products, sells them worldwide on Etsy

Just a look at his Instagram shows how much of a dedicated ambassador he has become over the years.

"I get a tremendous feeling of privilege that I get to do this,” he said.

Practically every day (especially in the summer) Rosenberg rows in a tiny row boat to the island to complete the next job on his list.

From minor repairs and routine maintenance, to running cable for a webcam that’s viewed all over the world, he does it all.

RELATED: Side Hustles: Maine woman finds side job that's all bark and no bite

For Rosenberg, it is even a privilege to get to mow the lawn (photo-bombing the shots of dozens of tourists watching from land).

He said mowing along the rocky cliffs can be a tricky task that often takes hours at a time.

It is just one of many tasks he takes on to make sure the lighthouse always looks pristine.

First commissioned in 1879, the facility is undergoing a major restoration project to keep it shining for future generations. The first phase was just completed by specialists with JB Leslie Co.

RELATED: Side Hustles: 'Hay' (this hotel) is for horses.

When Rosenberg is not hammering a nail or pushing a mower, he is standing at whiteboard teaching English at York High School.

He admits he kind of stumbled upon the job at the recommendation of his wife. Rosenberg jokes about the fact his wife wanted him to get a summer job when school was out.

Now he says he would not trade it for anything.

“At school, I’m working with my mind all day and here it’s actually really calming and meditative,” he said. “It’s kind of like the perfect balance.”

RELATED: Side Hustles: How Mainers are finding ways to dig up extra cash & passion

Rosenberg finds that balance by sharing his love and the history of the Nubble with his community and the hundreds of thousands of visitors who marvel at its beauty every year.

“It's kind of fun to have people get excited for what you do,” Rosenberg said.

A team of volunteers and staff with the York Park and Recreation Department is also hard at work year-round. Students at York High School have even created a 'Lighthouse Club' to do community service at the lighthouse and nearby Sohier Park.