After the textile mill closed for business decades ago, it sat empty. Today, it's buzzing once again as a hodgepodge of businesses take over the space. 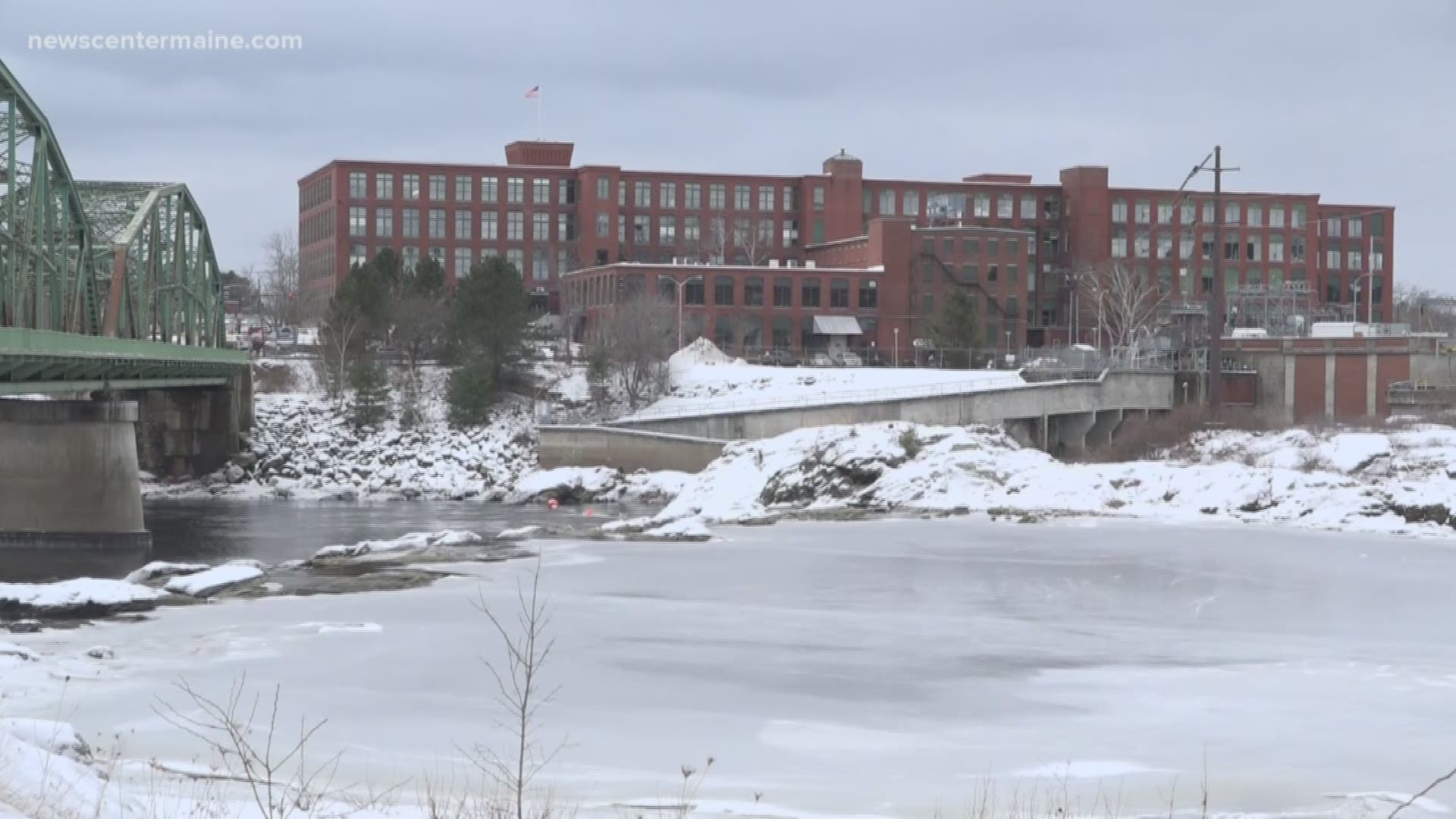 BRUNSWICK, Maine — If you've driven through downtown Brunswick, you know you can't miss the Fort Andross Mill, also known as the Cabot Mill. It sits right along the Androscoggin River.

Decades ago, it's where textiles were made. Today, it's home to restaurants, a well known antique mall, and it's a haven for artists, like John Bisbee.

Bisbee is a sculptor and former Bowdoin College art professor. When he began teaching at Bowdoin, the school wanted to give him studio space on campus, but the mill caught his eye.

"Bowdoin, when I started teaching there, they wanted to give me some studio space up on campus and I was like, what's going on at that Fort Andross?!"

Bisbee was the first artist to use the Fort Andross Mill as his studio space. He has been working in the mill for 25 years. However, he wasn't alone for long.

"Certainly now it's the biggest art studio complex in Maine. I think there 50 or 60 artists in this complex," says Bisbee.

With its tall ceilings and giant windows, the halls that once held machines for making textiles make an ideal space for artists to create.

However, these halls weren't always filled with such beauty.

Debora King, the executive director of Brunswick's Downtown Association says for many years "it was in a sorry sorry state."

"The facility itself needed a lot of repairs, there was flooding at one stage, there was lots of pigeons, and there was a lot of empty spaces."

After the textile mill closed in the 1950s, it sat vacant for years.

After being passed through the hands of various owners, it was ultimately purchased by a group called Waterfront Maine in the early 90s.

To the town's delight, Waterfront Maine brought life back into the mill, while maintaining its original charms.

Kings says, "Something I admire about Waterfront Maine is they tried to keep the historic character and they have suceeded beautifully."

In reality, keeping its historic character also had a lot to do with the economics of redeveloping a massive old mill.

Vice President of Operations for Waterfront Maine Anthony Gatti says, "It became one repair of a window and one studio at a time. we didn't build it all out and hope people were going to come, we built it out as people wanted it."

Gatti admits bringing life back to the mill was no small task, but the buzz in this building shows it has been a success.

It's full of restaurants, a soda factory, a hair salon, a movie theater and more.

"We don't just have one thing going on here," says Gatti. "It's diversified."