Maine's average temperature has increased by 3 degrees since the late 1800s, outpacing the global average. 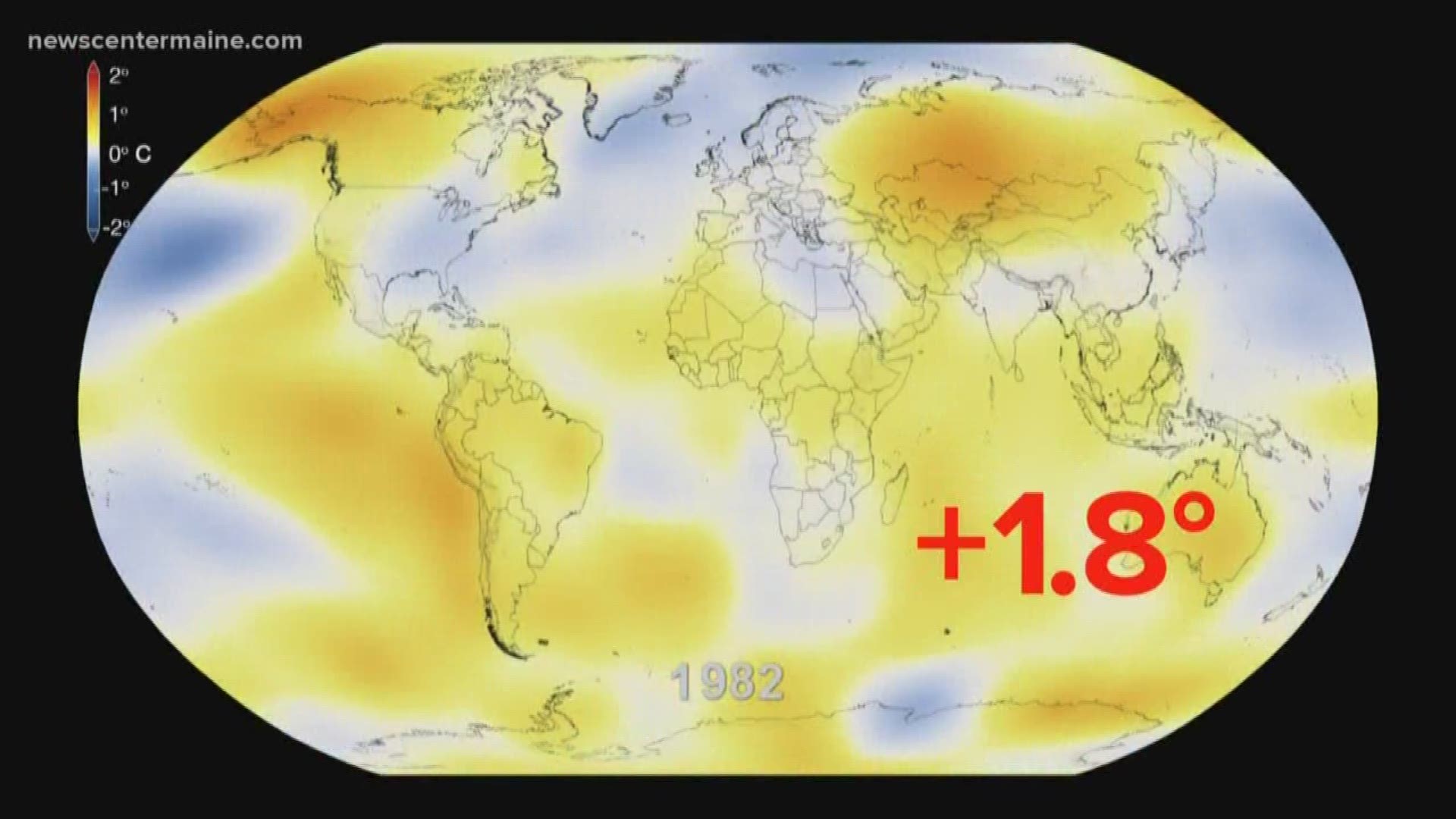 Globally, the average temperature has gone up about 1.8 degrees Fahrenheit since the late 1800s.

Maine is outpacing that. Our average, annual temperature (in other words, if you average all 365 days of the year) has increased from about 39 degrees to 42 degrees, an increase of 3 degrees.

It's one of those changes that's tough to feel and notice on a regular basis. But what was considered an average year in the late 1800s and early 1900s would be a pretty cold year these days.

We often hear from people who cite the brutal winter of 2015 as an example our climate isn't warming.

Even in a warming climate, we'll continue to have snow and periods of very cold weather.

February 2015 broke the record for the coldest February on record.

But it's the only month this decade to set a cold record. We've had 9 total record warm months in the same period of time.

All else being equal, in a normal climate, the warm and cold records would balance out over time. There have always been swings between hot and cold weather. But these days, we rarely get extremely cold for long periods of time.

It's not just the temperature that's a factor in warming; it's the humidity too. 2018 was our most humid summer on record. When it's humid, the dew point is higher, and the temperature can't drop below the dew point. So, it's harder to cool a humid airmass. Longer and more intense spells of humidity have led to warming nights, which is a big contributor to our warming trend overall.