This "frost free" season is getting longer by about 10 days in the northeast. It's up by 15 days on average in Portland. That's about a week on either end. 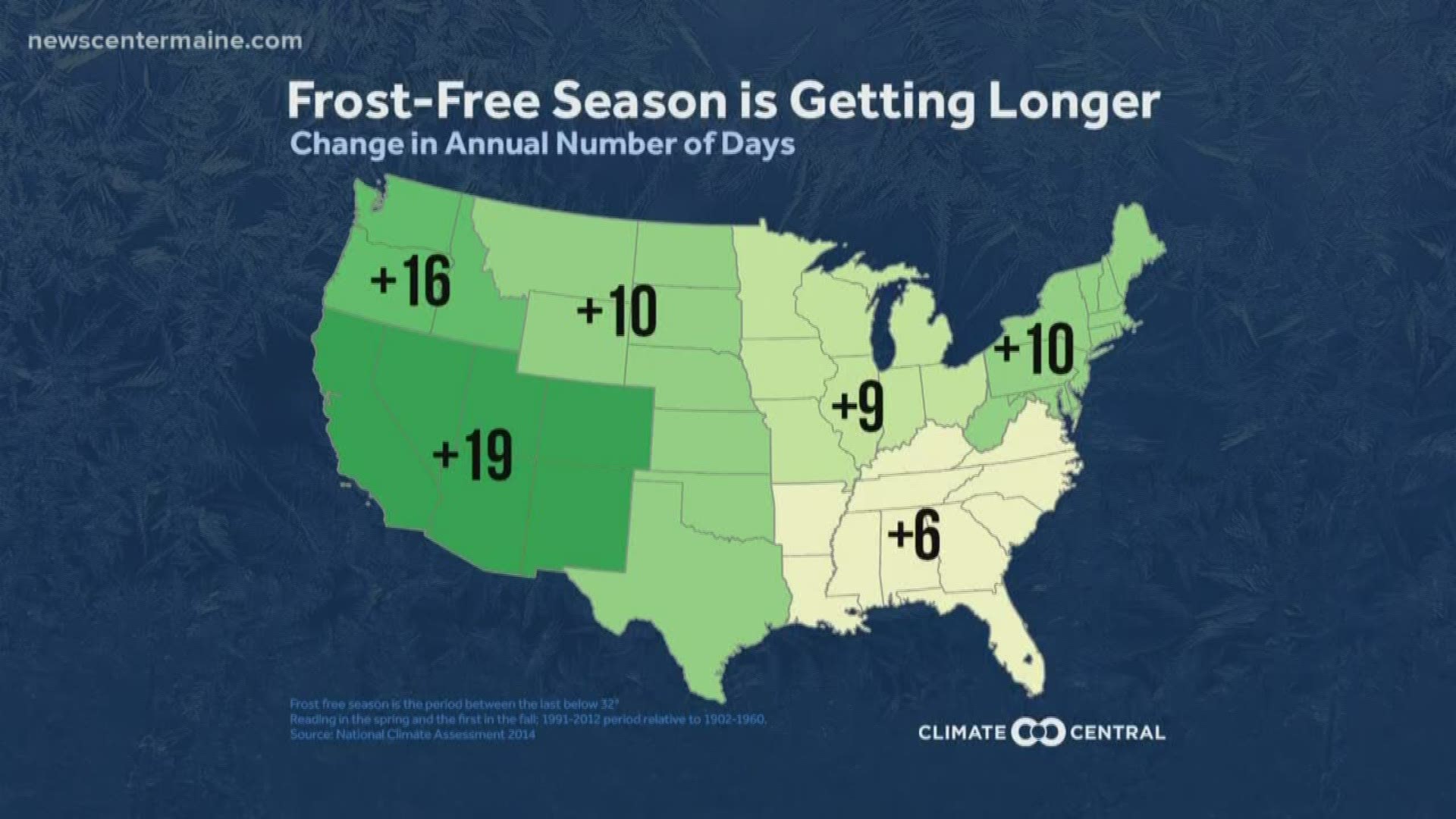 One way to measure how the growing season is shifting is to look at the final frost in the spring -- and the first frost in the fall -- and count the days in between.

This "frost free" season is getting longer by about 10 days in the northeast. It's up by 15 days on average in Portland. That's about a week on either end.

But the change is most pronounced in northern Maine. The growing season used to be about 115 days -- now it averages to 135 days -- 3 weeks longer!

This can be great news for some; a longer and more fruitful harvest lasting into October.

But an extended growing season does means seasonal allergies linger longer into the fall; ragweed doesn't diminish until after a hard freeze.

And mosquitoes. They surge in the warm, humid summer months, and then become lethargic with nights dipping into the 40s -- but do not go away completely until after temperatures drop below freezing at least a few times. In fact, Portland ranks sixth nationwide for largest increase in mosquito days per year... now over 100 days, on average.