Fall foliage forecast: When to expect the best color

The green leaves on some of our unhealthier and more vulnerable trees are starting to change, but that's not the actual foliage color show. 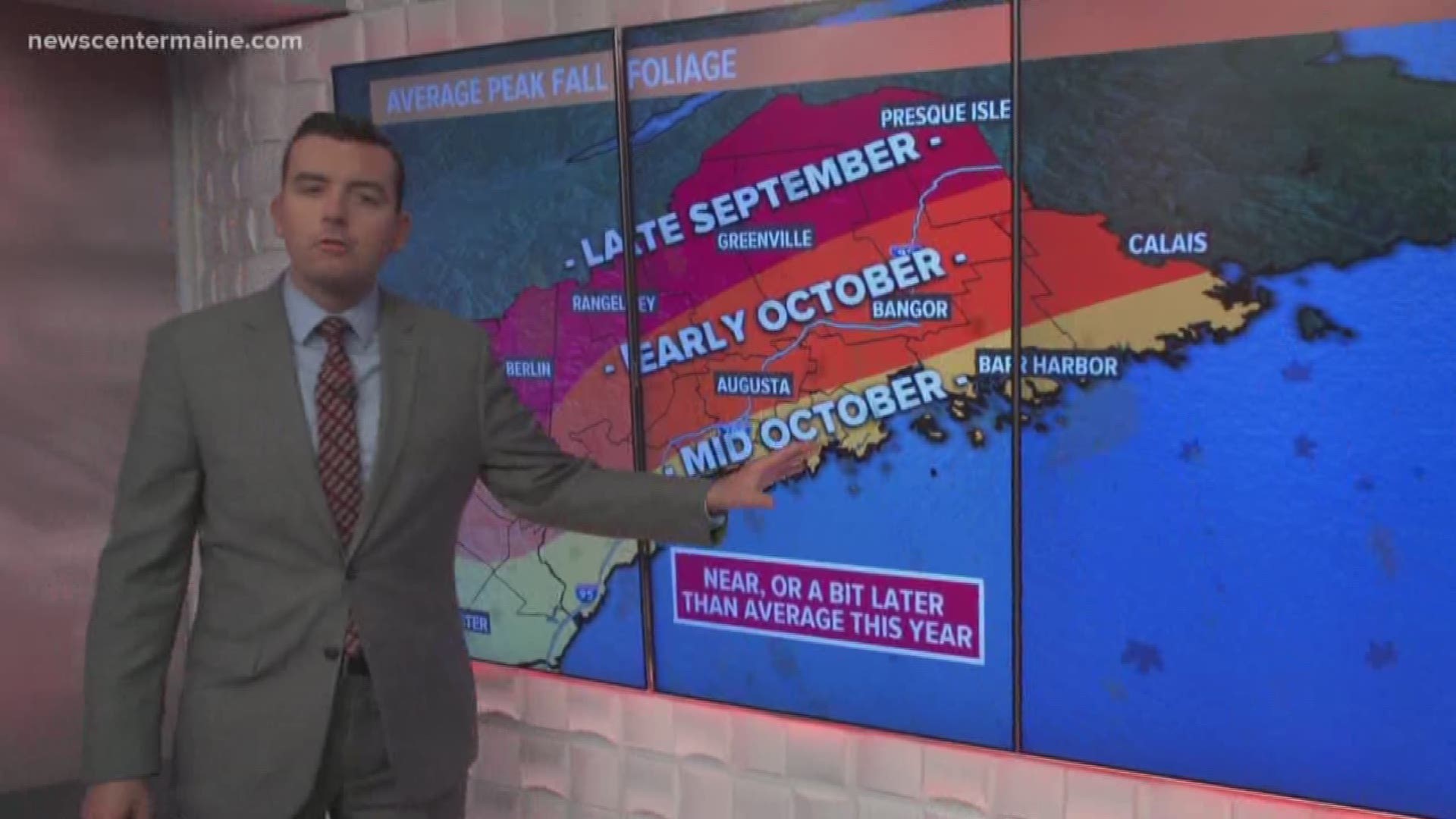 MAINE, Maine — Are you ready for fall? The seasons are changing, and very soon it will look a lot more like fall around here.

The green leaves on some of our unhealthier and more vulnerable trees are starting to change, but that's not the actual foliage color show, which is still a few weeks away for most of us.

Weather does influence the foliage each year. Cool mornings and warm days can help accelerate the color change. Rainfall was above average this summer, which is a good thing. Droughts and extreme rainfall can dampen the show.

But the main driver each year is the sun. Quickly decreasing daylight and longer nights mean the leaves slow their production of chlorophyll, responsible for their green color.

On average, the foliage peaks in late September in far northern Maine, early October in the foothills, central and eastern Maine, and closer to the middle of the month along the coastal plain.

I'm thinking the upcoming warmth (later this week and this weekend) will mean this year is near or a bit later than average.

That means in about two weeks, the odds are strong in the northern part of our state.

The only thing that could spoil the show? Any kind of wind storm or tropical system that hits, stripping leaves from the trees.

Let's keep our fingers crossed the tropics don't pay us a visit. 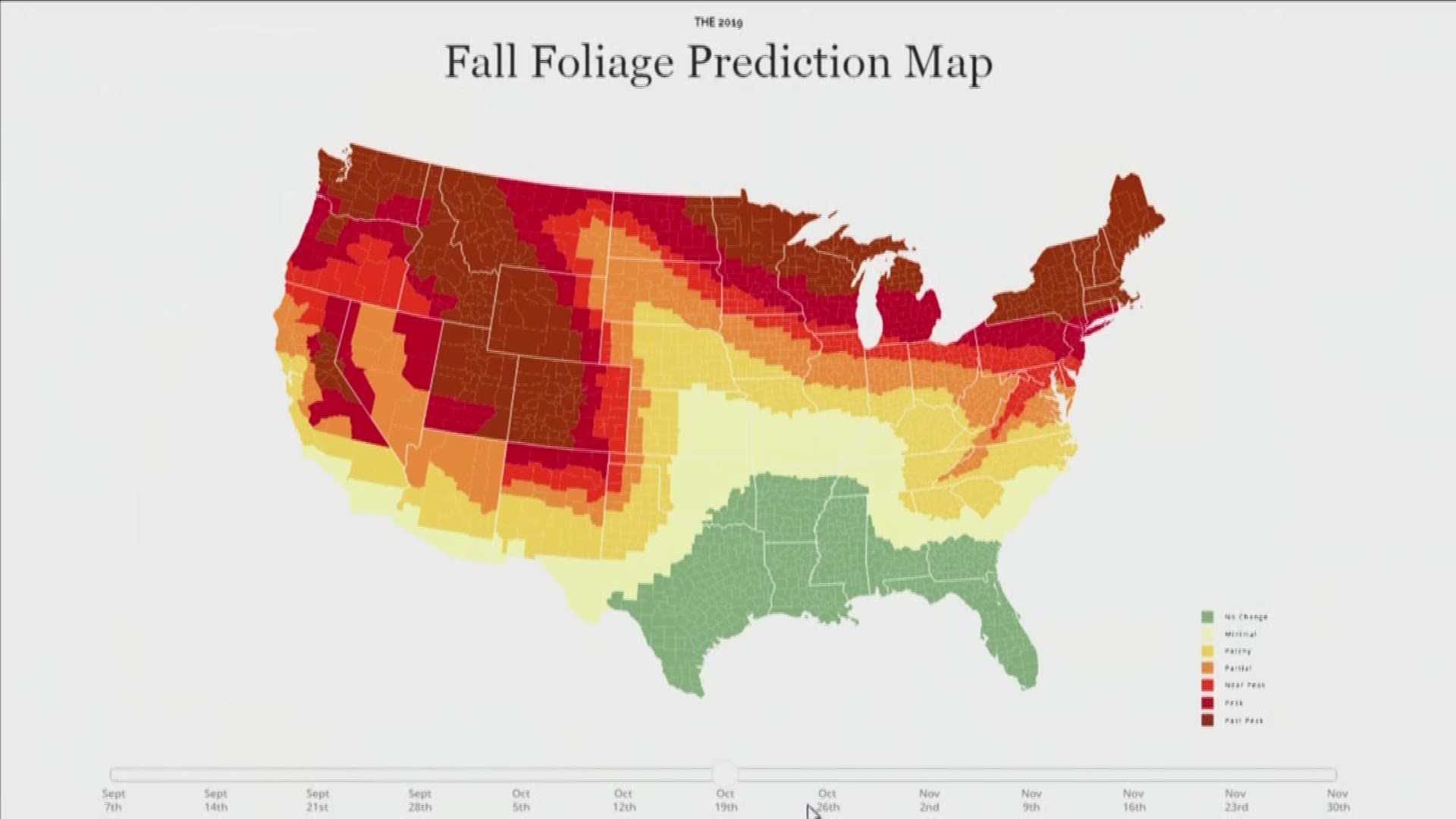