On this September 11, people will join the three women as they wave their flags on Main Street for the final time. 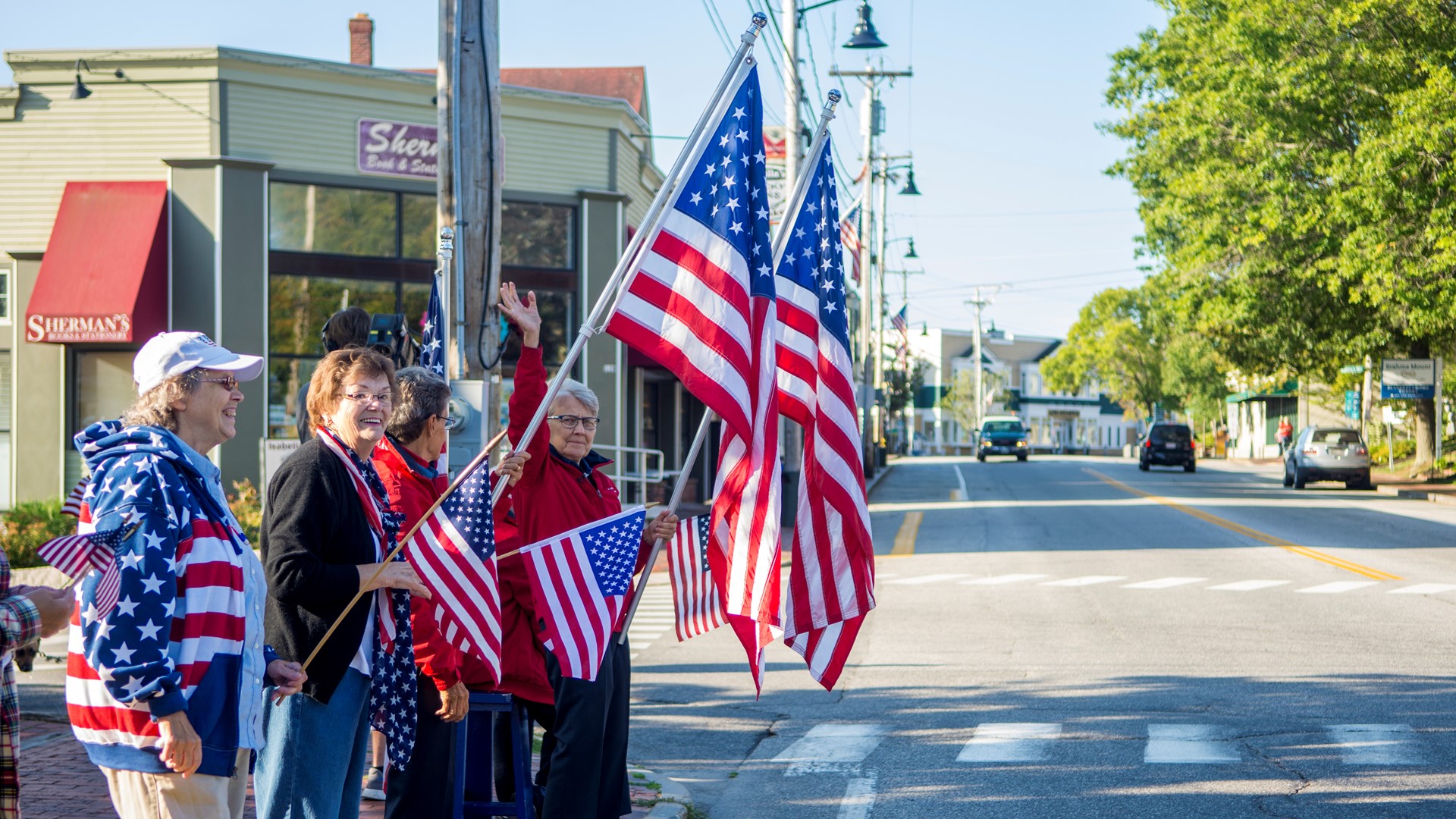 FREEPORT, Maine — After 18 years of flying the red, white and blue proudly in downtown Freeport every week, the iconic 'Flag Ladies' will make their last stand Wednesday.

Elaine Greene, Joann Miller, and Carmen Foote will stand at the corner of Main and School Streets starting at 8 a.m.

The weekly tradition was born out of the tragedy of September 11, 2001, to honor the men and women who sacrifice for our country every day by standing with flags and waving to those passing by.

RELATED: It's the end of an era for The Freeport Flag Ladies

"When we were attacked [on] 9-11, and I saw that second plane hit, I knew we were in a bad situation and we didn’t know how bad it could get from that point. It just kinda brought me to my knees and with the deepest prayer I think I’ve ever said, I said “God, show me something I can do for my country," Green told 207's Peggy Keyser.

They would go on to stand every Tuesday, the 11th of every month in 2001, and every single day during the Iraq War.

"Probably the most meaningful 18 years of my life. It takes you out of yourself and your self-interest and it puts you in a world where you know what’s really important. It gets you to do something for somebody else," Green said. 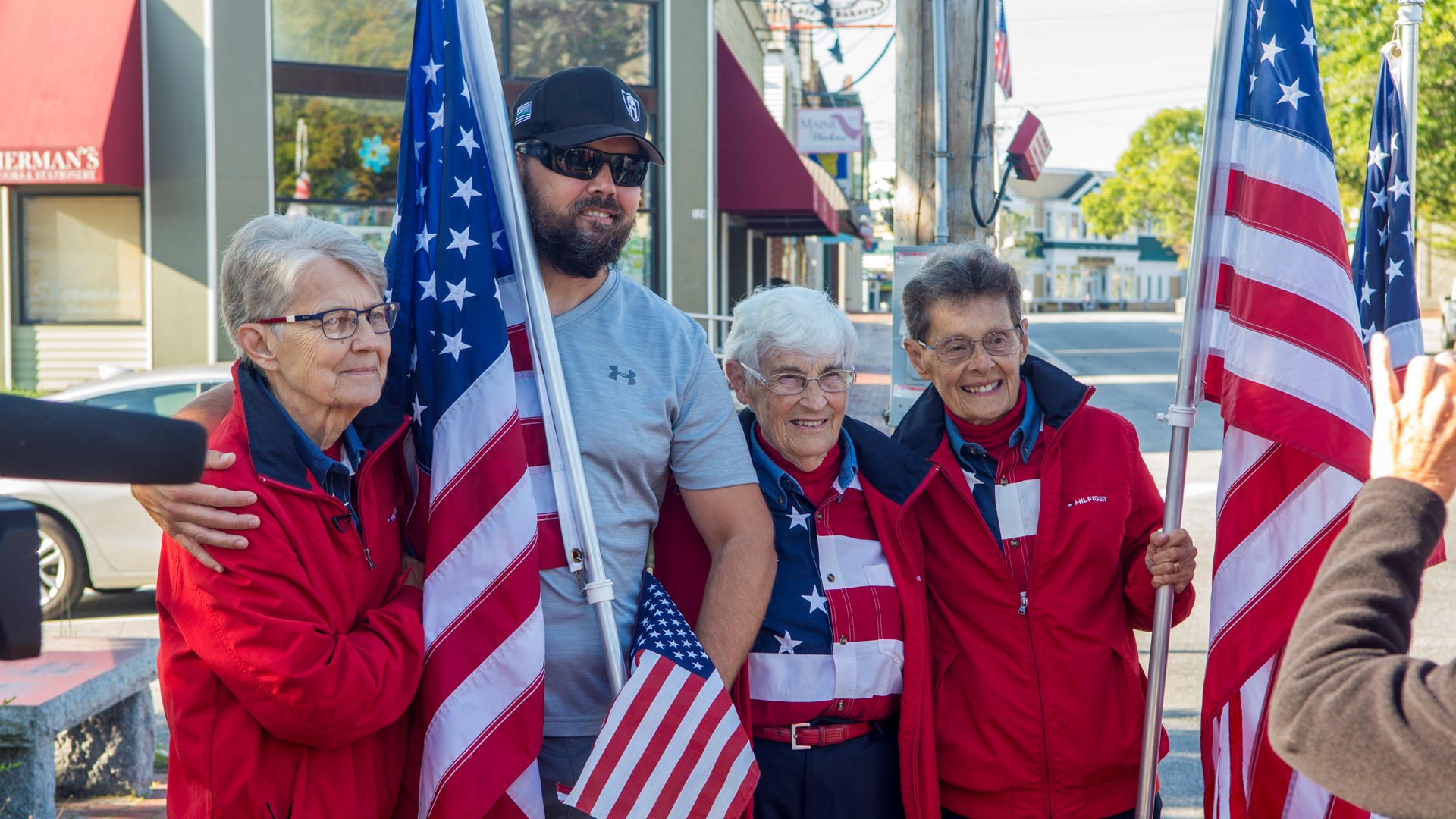 Gov. Mills is scheduled to attend as dozens of people are expected to line the streets alongside the flag ladies in Freeport Wednesday.

Following their 'last stand' there will be a reception and ceremony at nearby Memorial Park where veteran organizations will come together to honor their dedication at 10 a.m.

Former Gov. Paul LePage and his wife Ann are scheduled to speak at the ceremony, according to organizers.

They will also be presented with a letter from President Trump.